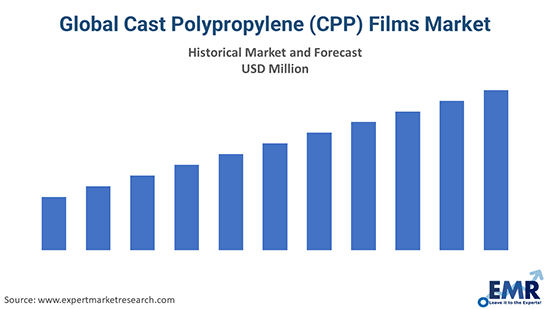 North America is the most lucrative region for players in the CPP films market, owing to the developed countries like the United States and Canada, which have an increasing demand for personalised packaging. The United Kingdom, Russia, France, Germany, and Spain are the main drivers of CPP film demand in Europe, while India and China dominate the Asia Pacific region. With the rise in popularity of convenience foods, various forms of packaging films have become increasingly common in the global market, owing to their unique properties. With its multifunctional properties, CPP is one form of packaging film that finds widespread adoption in the global market and hence its demand is expected to grow in the forecast period as well.

Cast polypropylene, also known as CPP, is a thin film made out of a casting process. Its high transparency, high impact strength, heat sustainability, high moisture barrier, dimensional stability, and printability make it a common choice as a packaging material. Food, clothing, cosmetics, pharmaceuticals, and other products use it as a packaging material to extend their shelf life. 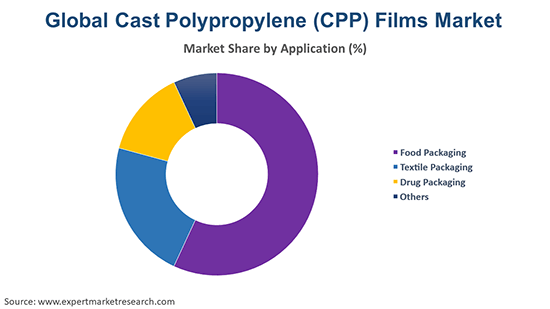 The market is segmented on the basis of type into: 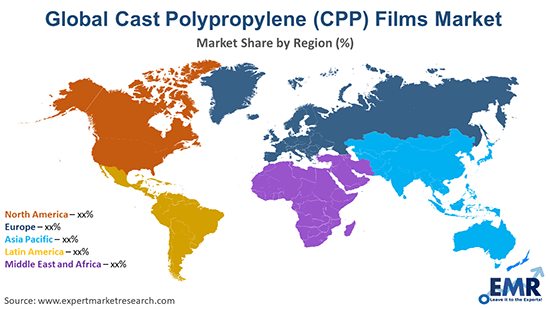 With an ever-increasing global population, food demand is at an all-time high. Furthermore, rapid urbanisation and evolving habits have created new opportunities for food industry players who sell ready-to-eat and packaged foods. Food products will now have a longer shelf life and be shipped to specific audiences while preserving their consistency thanks to cast polypropylene films. CPP films are widely used in the healthcare and pharmaceutical industry to protect against contamination and to package medications for long periods of time. CPP films are a cost-effective packaging alternative. It also helps to extend the shelf life of products due to their high moisture barrier properties. These features also boosted interest in CPP films around the world. During the forecast period, this aspect would boost demand even further.

The report gives a detailed analysis of the following key players in the global cast polypropylene films market, covering their competitive landscape, capacity, and latest developments like mergers, acquisitions, and investments, expansions of capacity, and plant turnarounds:

What is the growth rate of the global cast polypropylene (CPP) films market?

What are the key industry trends of the global cast polypropylene (CPP) films market?

Increasing use in the healthcare and pharmaceutical industry and rise in popularity of convenience foods are the key industry trends propelling the market's growth.

What are the major regional markets of cast polypropylene (CPP) films, according to the EMR report?

What are the types of cast polypropylene (CPP) films in the market?

The market is segmented on the basis of type into general CPP films, retort CPP films, and metalised CPP films, among others.

The global cast polypropylene (CPP) films market was driven by the increasing use in the healthcare and pharmaceutical industry in the historical period. Aided by rapid urbanisation and the growing flexible packaging sector, the market is expected to witness further growth in the forecast period of 2023-2028, growing at a CAGR of 5.5%.

EMR's meticulous research methodology delves deep into the market, covering the macro and micro aspects of the industry. The market is segmented on the basis of type into general CPP films, retort CPP films, and metalised CPP films, among others. Cast polypropylene (CPP) films find their major application in food packaging, textile packaging, and drug packaging, among others. The major regional markets for cast polypropylene (CPP) films  are North America, Europe, the Asia Pacific, Latin America, the Middle East and Africa. The major players in the industry are Takigawa Corporation, Profol GmbH, Polyplex Corporation Limited, PT. Bhineka Tatamulya Industry, and Jindal Poly Films Limited, among others.