The global faecal occult testing market is expected to grow at a CAGR of 5% during the forecast period of 2022-2027. 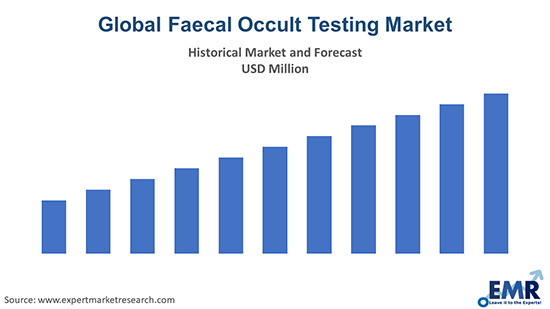 The growing geriatric population is one of the key factors driving the growth of the faecal occult testing market during the forecast period. A faecal occult blood test is a screening test, which helps in the detection of colorectal cancer in its initial stage, the phase when treatment is most effective. 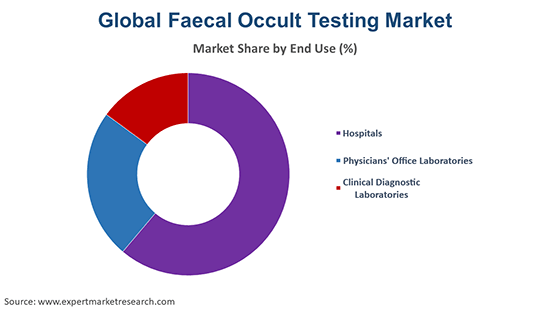 The global faecal occult testing industry can be segmented into end-use and region.

Based on its end-use segments, the industry can be classified as:

The EMR report looks into the regional faecal occult testing markets like North America, Latin America, the Asia Pacific, Europe, and the Middle East and Africa. 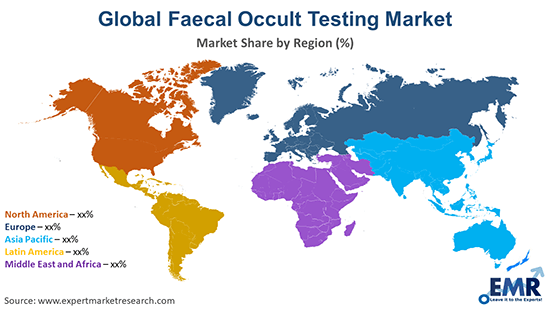 The report presents a detailed analysis of the following key players in the global faecal occult testing equipment market, looking into their capacity, competitive landscape, and latest developments like capacity expansions, plant turnarounds, and mergers and acquisitions:

What is the growth rate of the global faecal occult testing market?

The global faecal occult testing market is projected to grow at a CAGR of 5% between 2021 and 2026.

The major drivers of the industry, such as the availability of enhanced facilities for cancer diagnosis and treatment, increasing prevalence of colorectal cancer, growing geriatric population, favourable government initiatives, and the growing technological advancements, are expected to aid the market growth.

What are the key industry trends of the global faecal occult testing market?

The key market trends guiding the growth of the industry include the advancement of direct-to-consumer laboratory testing services and the availability of faecal occult immunological test devices on online platforms.

What are the major regional markets of faecal occult testing, according to the EMR report?

What are the leading end use segments of faecal occult testing in the industry?

Hospitals, physicians' office laboratories, and clinical diagnostic laboratories are the leading end use segments of the product in the industry.

The global faecal occult testing market is being driven by the rising prevalence of rectal and colon cancer and the growing awareness regarding cancer treatment. Aided by the improvement of direct-to-consumer laboratory testing services, the market is expected to witness a healthy growth in the forecast period of 2022-2027, growing at a CAGR of 5%.

EMR’s meticulous research methodology delves deep into the market, covering the macro and micro aspects of the industry. Based on end use, the industry can be segmented into hospitals, physicians' office laboratories, and clinical diagnostic laboratories. The major regional markets for faecal occult testing are North America, Europe, the Asia Pacific, Latin America, and the Middle East and Africa. The key players in the above market include Abbott Laboratories, bioMérieux SA, Danaher Corp., Eiken Chemical Co. Ltd., Quidel Corp., Eurolyser, and HemoCue America, among others.