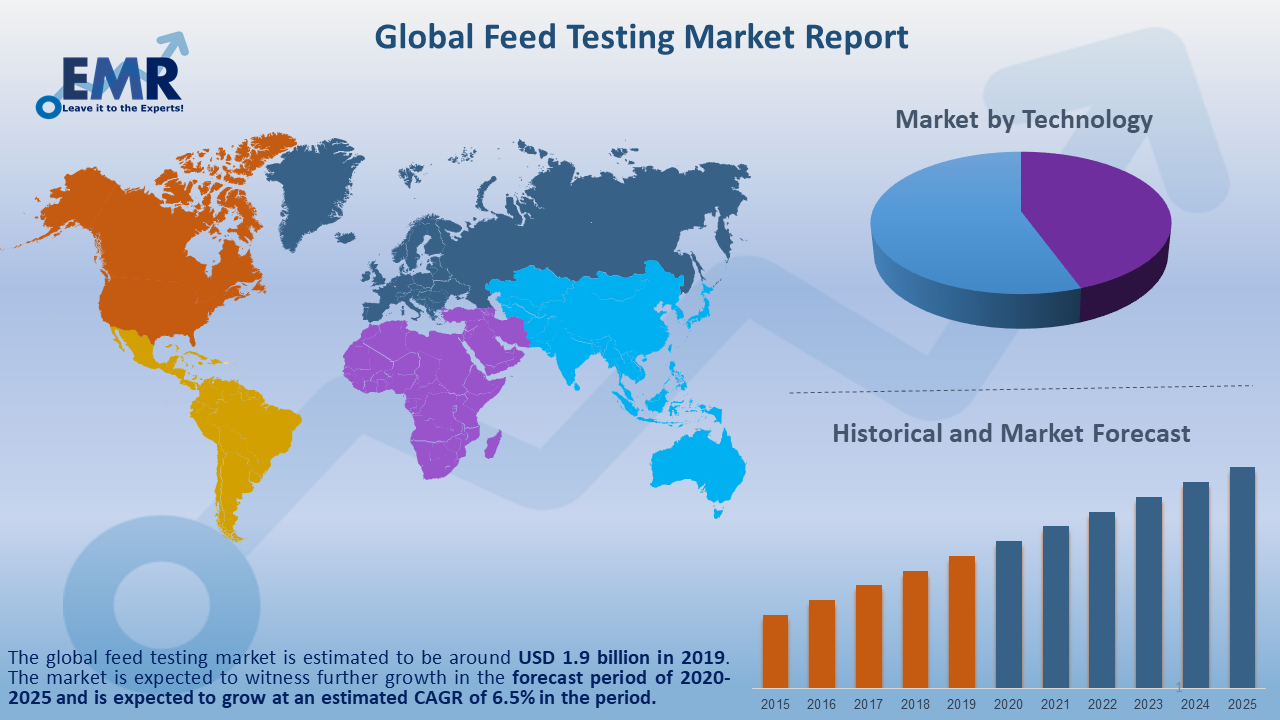 North America and Europe, which have extensive feed testing regulations and accreditations, are the major regional markets in the region. Regulations have been put in place in these regions due to the rising cases of animal feed being compromised with harmful chemicals, hormones, pathogens, and other contaminants. In the early 2000s, Europe was plagued with the infiltration of hormone-tainted feed in countries like Germany, Belgium, and the Netherlands as feed was found contaminated with medroxyprogesterone acetate (MPA), a hormone which causes infertility in animals and humans. Cancer-causing herbicide nitrofen was also detected in the organic farms of Germany during the same period. Such incidents have led to stricter implementation of feed testing by companies and governments in the area, thus, promoting the growth of the feed testing industry. In the US, the Food Safety Modernization Act (FSMA) was introduced in 2011 to prevent rather than react to the problems of human and animal food contamination. The quality of animal feed is also being controlled according to the Animal Feed Regulatory Program Standards (AFRPS) by FDA, which were last updated in 2017. These regulations are encouraging the growth of the feed testing industry. The industry is also expected to witness a healthy growth in the Asia Pacific as the region is witnessing a rising consumption of poultry and pork in countries like China and India, leading to a rising need for feed testing.

Mycotoxins are one of the most common substances, which are tested for in the animal feed. It contaminates a wide range of crops and fruits and is the secondary metabolite of mould. It is toxic to humans and animals. With the cereals, which are used for feed applications, being susceptible to fungi formation, there are multiple regulations regarding the presence of mycotoxins in feed. Currently, over 100 countries have regulations pertaining to mycotoxins in food and feed, thus, supporting the expansion of the feed testing industry in this segment.

Feed testing is the evaluation of feed quality for its suitability for consumption by animals. It tests for contaminants like fungi, bacteria, and viruses, along with the presence of harmful hormones and chemicals. It tests livestock feed like poultry, swine, pet, cattle, and aquafeed, among others.

The industry is bifurcated into traditional and rapid technology by technology. The testing methods available in the industry are:

North America, the Asia Pacific, Latin America, the Middle East and Africa, and Europe are the leading regional markets for feed testing.

The rapidly growing meat and poultry industries are aiding the growth of the feed industry, which is supporting the growth of the feed testing industry. The market is being aided by the rapid growth of the meat market, especially in the emerging regions of the Asia Pacific. As the meat processing industry is becoming more commercialised and mechanised, there is a greater risk of feed contamination. The growing commercialisation of the meat industry is also leading to the risk of overcrowding, which can also lead to contamination. With governments implementing strict regulations and fines against feed contamination, companies are seeking to update their feed safety criteria to meet the regulatory requirements. With companies and governments undertaking greater feed testing regularly, the industry for feed testing is expected to witness a healthy growth in the coming years. The rising awareness among the consumers regarding the safety and hygiene of food products is also aiding the industry growth. The rise in innovation in testing technology is also expected to drive the industry growth in the coming years.

May 2018- Eurofins Scientific announced the opening of its Suzhou, China-based food testing laboratory, which provides compliance testing for feed and food samples according to the regulations of China, Japan, the United States of America, and the European Union (EU).

The global food safety testing market attained a value of nearly USD 18 billion in 2019. The market is expected to grow further during the forecast period of 2020-2025 at an estimated year-on-year rat...

The global nisin market size was estimated at around USD 300 million in 2019. The nisin market is further expected to grow at a CAGR of 5.4% in the forecast period of 2020-2025. Food spoilage preventi...

It is also probable that the increased consumption of processed food, including ready-to-eat meals, will boost the demand for food waste management further. It is expected that the governments’ init...