The global interceptor missiles market is estimated to grow in the forecast period of 2022-2027 at a CAGR of 9%. 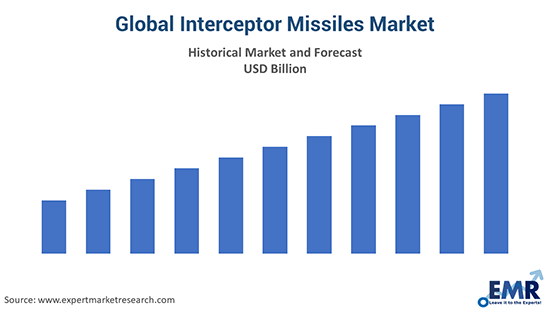 The interceptor missiles market is driven by the increasing investments in the formation of a multi-object kill vehicle (MOKV), which is a missile defence system acting as a defence system to fight ballistic missiles with MIRV payload. 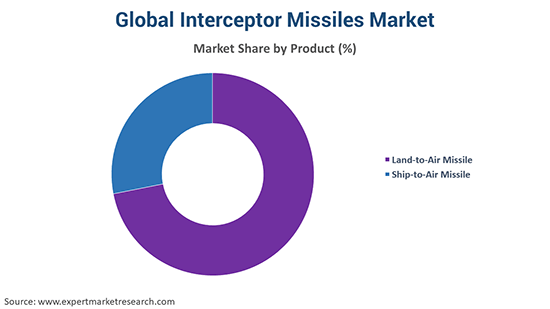 The interceptor missiles market is divided based on products into:

The EMR report looks into the regional interceptor missiles markets like North America, Latin America, Europe, the Middle East and Africa, and the Asia Pacific. 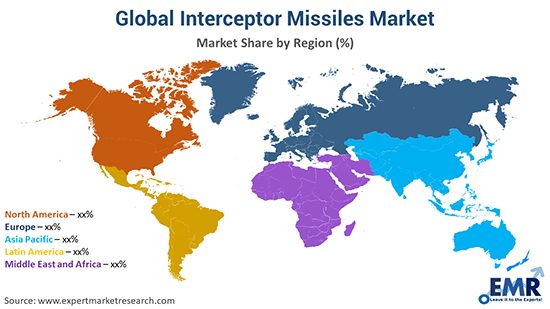 The report presents a detailed analysis of the following key players in the global interceptor missiles market, looking into their capacity, market shares, and latest developments like capacity expansions, plant turnarounds, and mergers and acquisitions:

The EMR report gives an in-depth insight into the interceptor missiles market by providing a SWOT analysis as well as an analysis of Porter’s Five Forces model.

What is the growth rate of the global interceptor missiles market?

The interceptor missiles industry is projected to grow at a CAGR of 9% between 2021 and 2026.

What are the key industry trends of the global interceptor missiles market?

The major players in the industry are The Boeing Co., Thales Group, Raytheon Co., Lockheed Martin Corp., and MBDA, among others.

The global interceptor missiles market is driven by the growth in the number of automatic launch centres. Aided by the technological advancements, the market is expected to witness a robust growth in the forecast period of 2022-2027, growing at a CAGR of 9%.

EMR’s meticulous research methodology delves deep into the market, covering the macro and micro aspects of the industry. Based on its products, the industry can be segmented into land-to-air missile and ship-to-air missile. The major regional markets for the product are North America, Europe, the Asia Pacific, Latin America, and the Middle East and Africa. The key players in the above market include The Boeing Co., Thales Group, Raytheon Co., Lockheed Martin Corp., MBDA, and others.

The ASEAN ISO tank container market attained a value of nearly USD 43.33 million in 2021, driven by the rising demand from marine transport. Aided by the use of environmentally friendly materials, the...
Read More

The global aircraft actuator market attained a value of USD 14.3 billion in 2021, driven by the growing aviation industry in emerging economies. Aided by the rapid technological advancements in the ae...
Read More

The global airborne SATCOM market attained a value of USD 6.3 billion in 2021, driven by the increased demand in the defence sector. Aided by rapid technological advancements, the market is expected t...
Read More