Global Malaria Diagnostics Market to Grow at a CAGR of 5.6% During 2022-2027, Aided by the Rising Incidences of Malaria Worldwide

Based on technology, the molecular diagnostic test segment is predicted to account for a substantial market share in the malaria diagnostics industry. This increase can be associated with the high accuracy of these tests in detecting different variants of malaria-causing parasites. These tests are conducted in two ways, namely the polymerase chain reaction (PCR) and quantitative or real time-PCR (qPCR). These tests help detect low parasite counts and mixed infection cases. Moreover, these tests are incredibly sensitive and highly accurate even while detecting low levels of infections. Thus, this segment is estimated to positively catalyse the market growth over the forecast period. 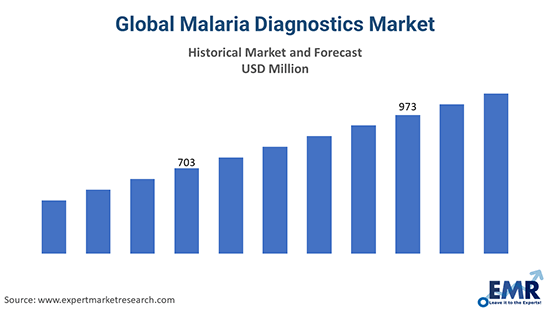 The Middle East and Africa is expected to occupy a substantial share of the malaria diagnostics industry in the forecast period. This growth can be attributed to the growing prevalence of malaria in the region caused by the widespread malaria vector, Anopheles gambiae, which is difficult to control. According to the WHO statistics of 2019, the African region alone was home to 94% of all malaria cases and deaths worldwide.  Moreover, with the growing geriatric population worldwide, who are more susceptible to such infections, governments, are increasingly investing in the healthcare sector to reduce mortality risks associated with malaria. As a result, malaria diagnostics technology is witnessing a significant demand for the early detection of the disease. These factors are expected to contribute to the industry growth significantly. 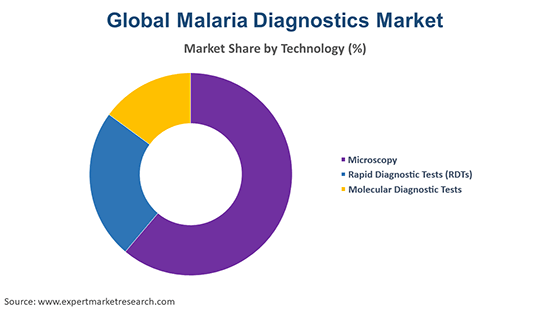 Malaria refers to an intermittent and remittent fever caused by a protozoan parasite carried by female Anopheles mosquitoes that invades the red blood cells in the tropical and sub-tropical regions. Patients suffering from malaria often experience fever, chills, and flu-like symptoms. In patients infected by malaria, malaria causing parasite grows and multiplies first in the liver cells and then in the red blood cell. Malaria is usually curable, but it can become life-threatening if not taken care of properly.

Malaria diagnostics refers to the process of identification of the parasite through blood smears under a microscope or through a rapid diagnostic test (RDT).

Among these, a molecular diagnostic test can be further bifurcated by type into conventional PCR and real time PCR. 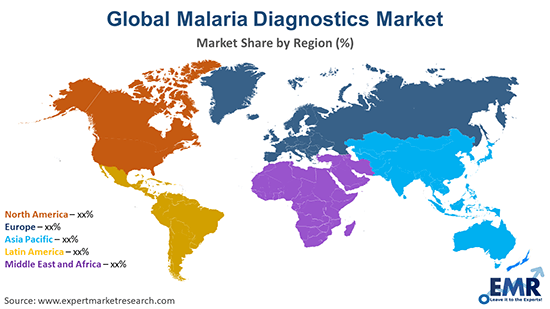 According to the WHO statistics of 2019, an estimated 299 million malaria cases were reported in the year, while the total number of deaths caused by malaria stood at 409 thousand in 2019. Out of these, children below five years of age accounted for 67% of all malaria-related deaths worldwide. This is due to the compromised immune system of children due to malnourishment and undernutrition. In addition, children with severe malaria infection also show severe anaemia, respiratory issues concerning metabolic acidosis, or cerebral malaria. Moreover, in the malaria endemic regions, the transmission speed of malaria increases with the longer life span of mosquitoes with a human-biting tendency. For instance, in Africa, the African vector mosquito species have a longer life span and are responsible for the 90% of the world's malaria cases. In this regard, countries worldwide and international organisations are introducing initiatives to control the spread and prevent malaria risks. For instance, the WHO’s Global Malaria Programme and Malaria Consortium's Malaria Prevention and Control Project aim to prevent, protect, and treat children in collaboration with several countries such as Burkina Faso, Cameroon, the Democratic Republic of the Congo, Ghana, Mozambique. Such developments are expected to augment the market growth in the forecast period.

The report gives a detailed analysis of the following key players in the global malaria diagnostics market, covering their competitive landscape, capacity, and latest developments like mergers, acquisitions, and investments, expansions of capacity, and plant turnarounds:

What was the global malaria diagnostics market size in 2020?

In 2020, the global malaria diagnostics market attained a value of nearly USD 706.7 million.

The major drivers of the industry, such as the increased mortality risks of malaria among children below 5 years, growing geriatric population susceptible to malaria and its subsequent diseases, heightened demand for malaria diagnosis in malaria endemic regions, and the rapid investments being made by the governments and key market players in the manufacturing of medicines due to the rising issues of drug resistance, are expected to aid the market growth.

What are the key industry trends of the global malaria diagnostics market?

The key market trends guiding the growth of the industry include the increased investments in the research and development of malaria detection and treatment by international health organisations.

What are the major regional markets of malaria diagnostics, according to the EMR report?

What are the significant technologies of malaria diagnostics in the market?

The global malaria diagnostics market attained a value of nearly USD 706.7 million in 2020, driven by the growing incidences of malaria globally. Aided by the rapid clinical advancements in the diagnostic technology, the market is expected to witness a further growth in the forecast period of 2022-2027, growing at a CAGR of 5.6%. The market is projected to reach about USD 980 million by 2026.

EMR’s meticulous research methodology delves deep into the market, covering the macro and micro aspects of the industry. On the basis of technology, the market can be segmented into drugs, vaccines and oxygen therapy. Among these, drugs can be further divided by type into microscopy, rapid diagnostics tests (RDTs), and molecular diagnostic test. The major regional markets for malaria diagnostics are North America, Europe, the Asia Pacific, Latin America, and the Middle East and Africa. The key players in the above market include Access Bio Inc, Abbott Laboratories, Premier Medical Corporation Ltd., Sysmex Partec GmbH, bioMérieux SA, and others.

The global diabetes drugs market attained a value of USD 67.17 billion in 2021, driven by the rising prevalence of urinary incontinence among the growing geriatric population. Aided by the growing tec...
Read More

The global biochips based in-vitro diagnostics market has been driven by the growing number of applications of biochips in the historical period. Aided by the rising number of key players in the bioch...
Read More

The global cardiac biomarkers market attained a value of nearly USD 9.4 billion in 2021, driven by the increasing cases of critical heart conditions. Aided by the development of cardiac biomarker test...
Read More

The global cardiac troponin market has been driven by the increasing prevalence of acute coronary syndrome in the historical period. Aided by the increasing investments and rising demand for cardiac b...
Read More

The global gas chromatography market attained a value of nearly USD 2.92 billion in 2021, driven by the growing product demand in major end use industries, and rapid urbanisation. Aided by the growing...
Read More