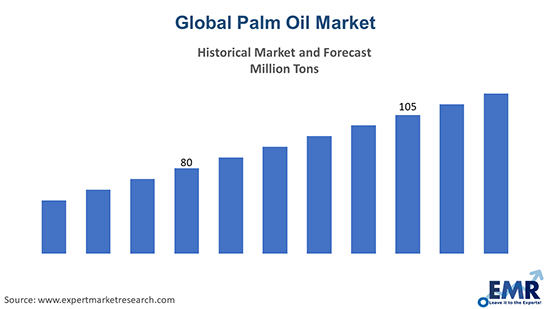 The global palm oil market is being driven by its ease of availability, diverse applications, and its lower cost compared to other vegetable oils. In 2017, India was the major importer of palm oil, importing nearly 10 million tonnes of the same. The EU and China followed India as the leading importers. Over the years, its demand has multiplied, with imports almost tripling in 2017 as compared to 2000. India was also the leading consumer of the oil in 2018, accounting for about 20% of the global consumption. A majority of it is consumed in India is used in food followed by other industrial uses. Its growing demand in India stems from the rapidly growing population, which has led to an increase in the per capita consumption. The palm oil market in China, another major importer, is influenced by the rising demand from sectors like food, feed, and oleochemicals. In the EU, the second largest importer of the same, it is increasingly used as a feedstock in the biodiesel production.

Palm oil is the leading vegetable oil in the market and is chiefly grown in tropical countries. Originated in West Africa, it is a high-quality oil procured from oil palm trees. While they are primarily used in foods in developing economies, they have a wide range of versatile applications. They are found in products like detergents, soaps, skin-care products, lipsticks, and ice cream, among others. In the twenty-first century, biofuel is a robustly growing application sector. 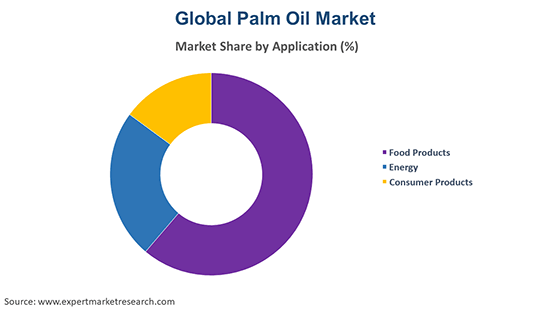 The industry can be broadly categorised on the basis of its applications into: 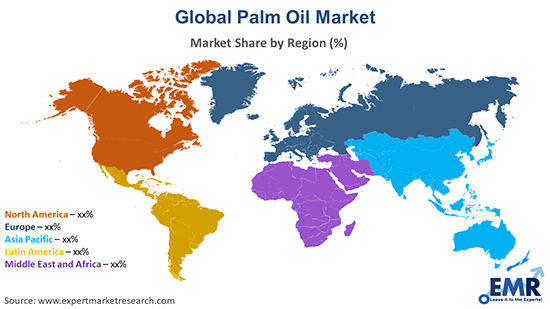 Palm oil along with soybean oil is the major vegetable oil available in the market. In 2017, they accounted for almost 63% of the total vegetable oil output. It remained the leading vegetable oil in the industry. Oil palm is the main oilseed crop in significant markets like Malaysia and Indonesia.

The global palm oil market is being driven by the rising population leading to an increase in the per capita consumption. With governments, globally, attempting to curb trans-fat consumption, the industry has received a further upward push. Changing dietary preferences and rising demand from end-use sectors is also fuelling the growth of the industry. Their lower energy consumption during the production process and low land requirement while generating more oil per hectare make them more sustainable.

The food sector is the leading application sector for palm oil accounting for 71% of the application, followed by the energy sector. Its average consumption between 2017 and 2018 was 63 million tonnes, most of which was used as edible oil in Southeast Asia. The biodiesel industry is witnessing a growth in Southeast Asian countries, especially in crucial palm oil producing countries like Indonesia and Malaysia. The Southeast Asia market accounts for over a quarter of the palm oil used in the biodiesel produced in the EU. Palm oil accounts for 31% of the biodiesel feedstock and is the major feedstock for biodiesel followed by soybean oil and rapeseed oil. It also finds uses in skin creams, soaps, and biodegradable laundry detergents.

Its production is expected to see an increase in the forecasted period with the planned growth and replanting in the area along with the utilisation of more higher yield hybrid varieties. EU legislation requiring palm oil for biodiesel production has provided further impetus to the industry. The industry is expected to be driven by the increased consumption in food applications.

The report gives a detailed analysis of the following key players in the global palm oil market, covering their competitive landscape, capacity, and latest developments like mergers, acquisitions, and investments, expansions of capacity, and plant turnarounds:

The comprehensive EMR report provides an in-depth assessment of the palm oil market based on the Porter's five forces model along with giving a SWOT analysis.

What was the global palm oil market size in 2022?

What are the key trends in the palm oil market?

The growing shift from trans-fat to healthier alternatives and the rising adoption of biofuels in countries across the globe are the key trends in the market.

What are the major regions for the market, according to the report?

The food sector accounts the largest market share of 71% among other application sectors.

The key players in the market include Wilmar International Ltd., Cargill, Incorporated, Bunge Limited, and Archer Daniels Midland Company, among others.

The global palm oil market attained a volume of 76.61 MMT in the year 2022 driven by the rising demand from the food industry and growing health consciousness. Aided by the rising adoption of biodiesel, the market is expected to witness a further growth in the forecast period of 2023-2028, growing at a CAGR of 2.8%. The market is projected to reach 90.42 MMT by 2028.

EMR’s meticulous research methodology delves deep into the market, covering the macro and micro aspects of the industry. On the basis of application, the food sector accounts for 71% in the global market. The major regional markets for North America, Europe, the Asia Pacific, Latin America, and the Middle East and Africa. The key players in the above market include Wilmar International Ltd., Cargill, Incorporated, Bunge Limited, Archer Daniels Midland Company, and others.