The global adhesive films market is projected to grow at a CAGR of 6% during the forecast period of 2022-2027. 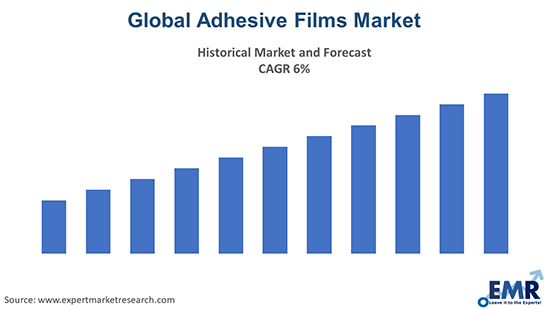 The adhesive films market is being driven by the rising industrialisation in the Asia Pacific region. Many vendors have been attracted by the easy availability of raw materials, cheap labour, and low transportation costs to set up production facilities in the Asia Pacific region. Countries like China and India have emerged as global hubs for packaging, construction, automotive, and other industries. It is anticipated that the high population growth and favourable laws laid down by several regional governments in the Asia Pacific will have a positive effect on the manufacturing sector. For example, the Government of India's Make in India initiative contributes significantly to the expansion of the country’s manufacturing sector, which further aids the global adhesive films industry.

Adhesive films are adhesives in the form of films, which adhere to surfaces with the help of heat or pressure. The global adhesive films market can be segmented into resin-type, technology, and end-use. 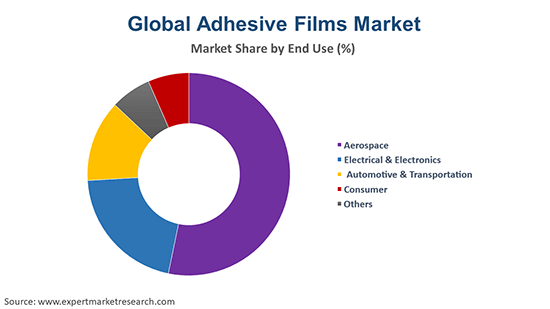 On the basis of resin-type, the industry is divided into epoxy, cyanate ester, and acrylic, among others.

Based on technology, the industry is segmented as heat cured, pressure cured, and EB/UV cured.

Based on its end-use, the industry is divided into:

The EMR report looks into the regional adhesive films markets like North America, Latin America, the Asia Pacific, Europe, and the Middle East and Africa. 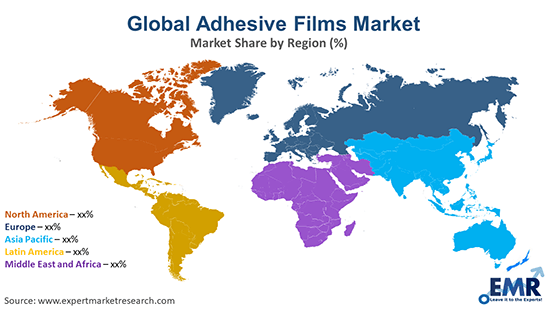 With the growing demand from various sectors such as packaging, automotive, electrical and electronics, and construction, the adhesive films market is expected to witness an increased growth over the forecast period. The increasing urban population is a significant factor driving the demand for products such as drugs, drinks, FMCGs, and other consumer products.

The Asia Pacific region is the emerging market for the product. The growth in production operations in the Asia Pacific region will further boost the demand for adhesive films packaging. However, it is anticipated that strict public regulations in the chemical industry may hamper the industry growth in the forecast period. Further, fluctuation in the prices of raw materials could have an adverse effect on the manufacturing costs of adhesive films.

The report presents a detailed analysis of the following key players in the global adhesive films market, looking into their capacity, market shares, and latest developments like capacity expansions, plant turnarounds, and mergers and acquisitions:

What is the growth rate of the global adhesive films market?

The major drivers of the market include the rising industrialisation in developing economies, growth of the manufacturing sector, and increasing demand from the major end use industries like packaging, construction, and automotive, among others.

What are the key industry trends of the global adhesive films market?

The increasing urban population, which is likely to drive the demand for drugs, drinks, FMCGs, and other consumer products is expected to be a key trend guiding the growth of the industry.

What are the major regional markets of adhesive films, according to the EMR report?

What are the major resin types of the product in the market?

Epoxy, cyanate ester, and acrylic, among others are the major resin types of adhesive films.

What are the major technologies of the product?

What are the different end-uses of the product in the market?

Aerospace, electrical and electronics, automotive and transportation, and consumer goods, among others are the different end-uses of the product in the market.

The global adhesive films market is being driven by the rapid industrialisation, particularly in developing economies, and the growing manufacturing sector. Aided by the increasing demand for consumer goods, the market is anticipated to grow at a CAGR of 6% in the forecast period of 2022-2027.

EMR’s meticulous research methodology delves deep into the market, covering the macro and micro aspects of the industry. Based on resin type, the market is divided into epoxy, cyanate ester, and acrylic, among others. On the basis of technology, the market is segmented into heat cured, pressure cured, and EB/UV cured. The different end-uses of the product include aerospace, electrical and electronics, automotive and transportation, and consumer goods, among others. The major regional markets for adhesive films are North America, Europe, the Asia Pacific, Latin America, and the Middle East and Africa. The key players in the above market include Henkel AG & Co. KGaA, H.B. Fuller Company, 3M Company, Arkema [AKE (EPA)], Hexcel Corporation, Solvay S.A, and Toray Advanced Composites (Royal Ten Cate), among others.

The global spray adhesives market attained a value of about USD 6.52 billion in 2021, driven by growing applications in the automotive sector. Aided by the favourable properties of spray adhesives, th...
Read More

The India industrial gaskets market was driven by the robust growth of the refineries segment in the historical period. Aided by the flourishing automotive industry, growing product utilisation in the...
Read More

The North America sealants and adhesives market attained a value of USD 14.42 billion in 2020, driven by the growth in the construction industry. Aided by the rising demand for diapers, feminine hygie...
Read More