Global Ammonium Bicarbonate Market to Witness a Healthy Growth During 2021-2026, Driven by the Rising Demand in Various End-Use Industries

Region-wise, the Asia Pacific region is a significant market for the product, as it holds a major share in the market. The market is driven by the rising food demand, along with the growing population in the region. Further expansion of the aforementioned factors is expected to contribute towards the market growth over the forecast period. 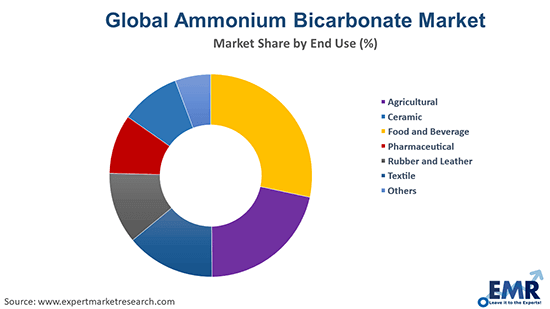 Ammonium bicarbonate refers to a type of inorganic chemical compound. It is a colourless, crystalline bicarbonate salt of the ammonium ion. The chemical is used as a raising agent in the food industry for the preparation of baked goods like cookies and crackers. It can also be used as a nitrogen fertilizer in the agriculture industry. Besides, it can be used as a constituent in the formulation of fire-extinguisher compounds and in the pharmaceutical industry, as well.

On the basis of grade, the market is divided into: 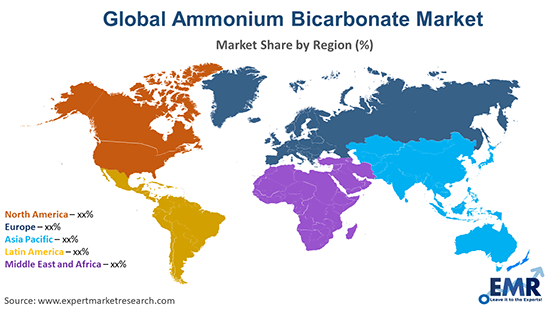 The ammonium bicarbonate industry is driven by the rising food industry, where it is employed as an active baking agent in the production of baked goods like biscuits, cookies, among others. Further, the growing population and urban development are strengthening the demand for food, which is likely to have a positive impact in the forecast period as well. Moreover, the highest quality standards of the product are also expected to aid the market growth in the forecast period. In addition to this, the product is also finding extensive use in the end-use industries, such as rubber and leather industry, among others. The sustainable growth of these industries is predicted to aid the ammonium bicarbonate industry positively in the forecast period.

However, due to strict regulations and standards associated with the use of chemicals in the food industry, the ammonium bicarbonate industry may find some hindrance over the forecast period.

The report gives a detailed analysis of the following key players in the global ammonium bicarbonate market, covering their competitive landscape, capacity, and latest developments like mergers, acquisitions, and investments, expansions of capacity, and plant turnarounds:

What was the global ammonium bicarbonate market size in 2020?

The global ammonium bicarbonate market is being supported by the growth of the ammonia industry, which reached a volume of 198 million metric tons in 2020.

The ammonia market is projected to grow at a CAGR of 4% between 2021 and 2026, thus, aiding the growth of the ammonium bicarbonate industry further.

The major drivers of the industry, such as rising disposable incomes, increasing population, rising demand form the food industry, growing consumption of packaged food, and the rising demand from the rubber and leather industries, are expected to aid the market growth.

What are the key industry trends of the global ammonium bicarbonate market?

What are the major regional markets of ammonium bicarbonate, according to the EMR report?

What are the leading grades of ammonium bicarbonate in the market?

The leading grades of ammonium bicarbonate in the market are food grade, technical grade, and agriculture grade.

The significant end-use sectors in the industry are agricultural, ceramic, food and beverage, pharmaceutical, rubber and leather, and textile, among others.

The major players in the industry are BASF SE, Sumitomo Chemical Co., Ltd., Nissan Chemical Corporation, and Mangalore Chemicals & Fertilizers Limited, among others.

EMR’s meticulous research methodology delves deep into the market, covering the macro and micro aspects of the industry. Based on grade, the industry can be segmented into food grade, technical grade, and agriculture grade. On the basis of end-use, the market is divided into agricultural, ceramic, food and beverage, pharmaceutical, rubber and leather, and textile, among others. The major regional markets for ammonium bicarbonate are North America, Europe, the Asia Pacific, Latin America, and the Middle East and Africa. The key players in the above market include BASF SE, Sumitomo Chemical Co., Ltd., Nissan Chemical Corporation, and Mangalore Chemicals & Fertilizers Limited, among others.