Animal fat is a lipid content, which is extracted from animals, such as pigs, cows, and chickens. Physically, it is solid at room temperature, and chemically it is composed of triglycerides. It is also consumed in the form of dairy products such as cheese, milk, and butter. 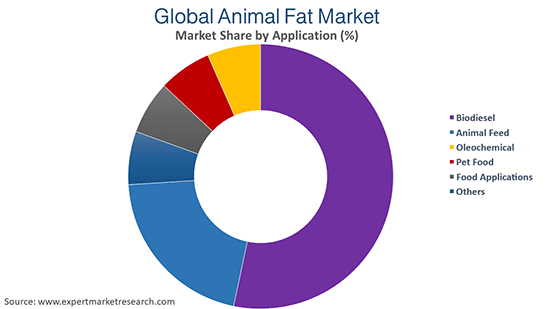 On the basis of type, the animal fat industry is divided into:

The animal fat industry is segmented on the basis of application: 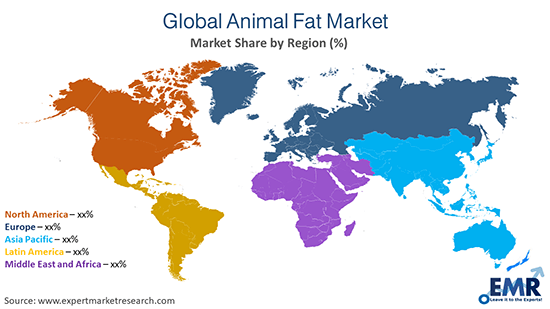 The global animal fat market is being driven by the increase in demand from the foodservice sector, with the rising application of lard as bread spreads in the baking industry. Due to the rise in demand from downstream sectors, such as biodiesel, food, oleochemical, and pet food industries, the market for animal fat has witnessed a robust growth. The demand for animal fat is being aided by the growing preference for lard instead of butter in baked goods by consumers in rapidly growing regions, like the Asia Pacific.

Animal fat such as lard is also used in the feed and oleochemicals industry. The demand for lard (as a spread for bread) from the German baking sector is growing, further enhancing the market growth. Food companies, especially the bakery sector, obtain lard to be used as a substitute for butter at a volume, which could be anywhere between 500–600 million tonnes on a half-yearly basis. The industry for animal fat is being augmented by the increase in the demand for tallow, which is used in animal food and biodiesel. It accounts for 9% of the biodiesel feedstock, amounting to 2.37 million metric tons in 2017-2018.

China has achieved self-sufficiency in the production of pork and lard. An increase in the consumption of processed foods which utilizes lard has bolstered the market for animal fat. Tallow is preferred over palm stearin as it is a superior quality raw material in the soap making industry. The tallow supply has increased owing to the accelerated growth in the global slaughter rates.

The report gives a detailed analysis of the following key players in the global animal fat market, covering their competitive landscape, capacity, and latest developments like mergers, acquisitions, and investments, expansions of capacity, and plant turnarounds:

The report gives an in-depth analysis of the macro and micro aspects of the industry. The comprehensive EMR report provides an assessment of the industry based on the Porter's five forces model along with giving a SWOT analysis. It also gives a thorough analysis of the regional price trends of lard and tallow for the historical (2016-2020) and forecast (2021-2026) period.

What was the global animal fat market size in 2020?

The increase in the demand for tallow is expected to be a key trend guiding the growth of the global animal fat market.

Tallow/Grease is the dominant type of the product in the market.

The global animal fat market is being driven by the increasing demand from the foodservice and bakery sector and attained a volume of about 27.1 MMT in 2020. Aided by the rising demand from the application sectors, the market is expected to witness a further growth in the forecast period of 2021-2026, growing at a CAGR of 2.8% to reach nearly 31.8 MMT by 2026.

EMR’s meticulous research methodology delves deep into the industry, covering the macro and micro aspects of the industry. Based on types, the market can be segmented into tallow/grease, and lard, among others, with tallow/grease accounting for the largest market share. On the basis of application, the industry can be segmented into biodiesel, animal feed, oleochemical, pet food, and food applications, among others. The major regional markets are North America, Europe, the Asia Pacific, Latin America, and the Middle East and Africa. The key players in the market include SARIA SE & Co. KG, Darling Ingredients Inc., Ten Kate Vetten BV, Baker Commodities Inc., Jacob Stern & Sons, Tallow Products Pty Ltd, and Australian Tallow Producers, among others.

The India shrimp feed market attained a volume of 1.15 million tons in 2020, driven by the rising demand for aquafeed. Aided by the growing aquaculture industry, the market is expected to witness a fu...
Read More