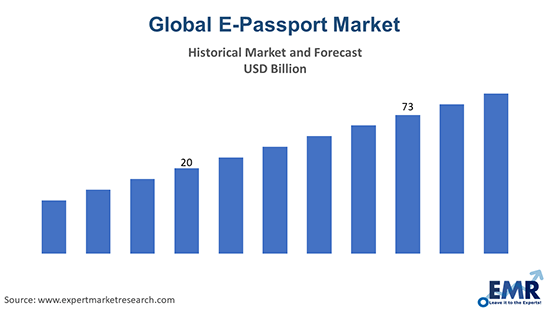 Due to the technological advancements taking place in biometrics, the segment is growing at a faster rate as compared to radio frequency identification. Radio frequency identification, however, is still expected to grow at a positive rate in the coming years with the adoption of e-passport by many emerging markets. Leisure travel is one of the leading application sector for e-passport.

The e-passport market is being significantly driven by the rising urbanisation and globalisation across all the major regions. The growing urbanisation and globalisation have led to an increased number of passengers travelling by air, especially in developing countries like India, China, and Indonesia. The Asia Pacific region is likely to emerge as one of the leading s by the end of 2026. This rise in the number of passengers has significantly aided the e-passport market demand. Multiple countries are planning to introduce e-passport smart gates at airports, which can simplify the identification of the passengers and, thus, the immigration process. With e-passports expected to be introduced in countries like Bangladesh and India, the industry is expected to be further propelled forward in the Asia Pacific region.

The e-passport features an electronic chip, which includes the same information that is written on the passport data page: the name of the applicant, the date of birth, and other biographical information. The e-passport also includes a biometric identifier. 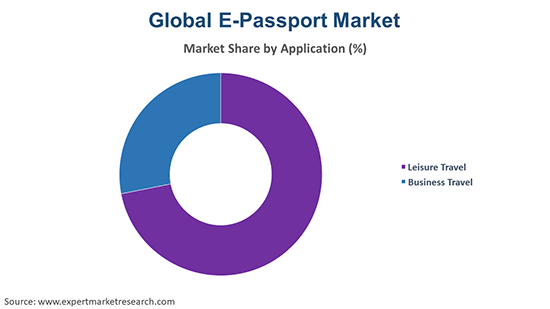 The two types of e-passport are:

The application sector can be divided into the following:

The regional e-passport markets include North America, Europe, the Asia Pacific, Latin America, and the Middle East and Africa. 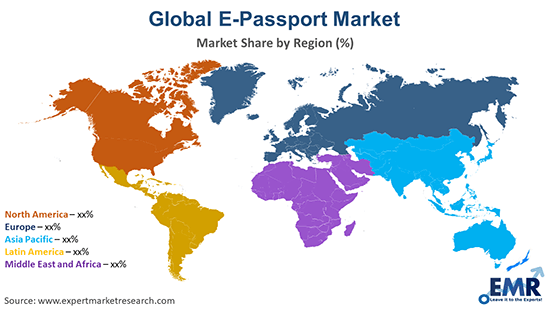 The global e-passport market is being driven by the rising identity thefts and frauds. The rising demand for increased security is driving the demand for e-passport further. The rising cases of visa and passport frauds is another factor, which is driving the demand for e-passports. These e-passports will eventually help in reducing the transborder crimes and illegal immigration. Illegal immigration increases the threat to the security of the nation and the citizens; thus, the security at the border needs to be tightened. The e-passports will help ease the identification process and lower the fraud rates.

Long hours of waiting at the security check point has led to an increased need of e-passports. Thus, the demand for e-passports is also being aided by the need for faster and easier security checks at the airports. The demand for e-passports is also being supported by its cost-effectiveness, as they would be cheaper alternative to the printed passports and any changes can be made easily. These are also the preferred alternatives over the regular passports because they would not get old and cannot be lost or spoiled. The renewal process of these e-passports would also be much easier than the regular passports, making them a preferred alternative among the prospective consumers.

The advanced and developed infrastructure of the airports also demand a better and advance security check up system, which is expected to drive the industry growth of e-passports in the coming years. The growing air traffic is another factor driving the demand growth forward.

April 2018- Gemalto N.V. (OTCMKTS: GTOMY), one of the leading digital security company, was awarded with the contract of designing and manufacturing the United Kingdom passport by the passport office.

The report gives a detailed analysis of the following key players in the global e-passport market, covering their competitive landscape, capacity, and latest developments like mergers, acquisitions, and investments, expansions of capacity, and plant turnarounds:

What was the global e-passport market size in 2020?

In 2020, the global e-passport market attained a value of nearly USD 21.4 billion.

The major drivers of the market include the need for faster and easier security checks, cost-effectiveness, advanced and developed infrastructure of the airports, growing air traffic, rising urbanisation, globalisation, technological advancements, and a rise in the number of passengers.

What are the key industry trends of the global e-passport market?

The rising identity thefts and frauds and the rising demand for increased security are the key industry trends propelling the market's growth.

What are the major regional markets of e-passport, according to the EMR report?

The major regions in the industry are North America, Latin America, Middle East and Africa, Europe, and Asia Pacific with Europe accounting for the largest share in the market.

What are the types of e-passports in the market?

The two types of e-passports are radio frequency identification and biometrics.

Leisure travel and business travel are the major application of the market.

The major players in the industry are CardLogix Corporation, Eastcompeace Technology Co., Ltd., Entrust Corporation, Thales Group, and HID Global Corporation, among others.

The global e-passport market attained a value of nearly USD 21.4 billion in 2020, driven by the rising identity thefts and frauds. Aided by rise in the number of passengers and rising demand for increased security, the market is expected to witness further growth in the forecast period of 2023-2028, growing at a CAGR of 23%.

EMR's meticulous research methodology delves deep into the market, covering the macro and micro aspects of the industry. The two types of e-passports are radio frequency identification and biometrics. Leisure travel and business travel are the major application of the market. The major regional markets for e-passport market are North America, Europe, the Asia Pacific, Latin America, and the Middle East and Africa. with Europe accounting for the largest share in the market. The major players in the industry are CardLogix Corporation, Eastcompeace Technology Co., Ltd., Entrust Corporation, Thales Group, and HID Global Corporation, among others.