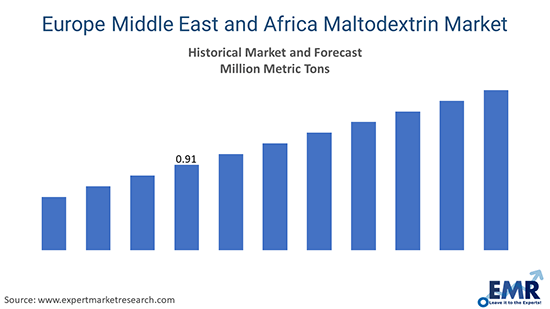 The maltodextrin market is dependent on its various feedstock. Europe is the leading potato producing region, which is a major maltodextrin feedstock. Thus, maltodextrin is produced from potato along with wheat in Europe. Egypt and Nigeria import maltodextrin generally from Asian countries like China and India. With a stagnant production of corn, a leading feedstock, Egypt imports corn from countries like Ukraine, Argentina, and Brazil. Ukraine was the major exporter of corn to Egypt between October 2016 to July 2017, exporting 3.34 million metric tons of corn to the African country.

Maltodextrin is derived from starch through the process of partial hydrolysis. It is a polysaccharide that is easily digested and, like glucose, is rapidly absorbed by the body. Its flavour varies from being mildly sweet to being almost devoid of any taste. It is used as a food additive in food products like candy, ice-creams, infant foods, energy drinks, and soft drinks. Food and beverage, pharmaceutical, health and personal care, and agriculture sectors, among others, are the common application sectors for maltodextrin. It is derived from the following feedstock: 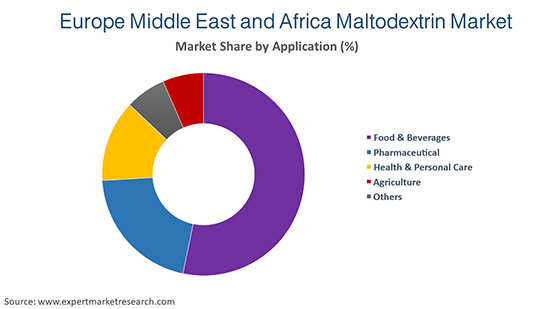 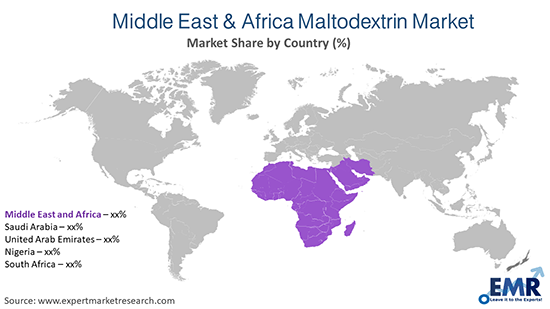 Health and personal care sector is a leading application sector for maltodextrin. It is used in cosmetics and personal care products as a binding agent, moisturiser, emulsion stabiliser, absorbent, and a film-forming agent. It especially finds extensive use in anti-ageing products where it enhances the effects of hydroxy acids. In Europe, which has a growing ageing population, there has been a rise in the sales of anti-ageing creams, which in turn has provided an impetus for the growth of the Europe Middle East and africa maltodextrin market. The growing demand for specialised grooming cosmetics for men in the region is also aiding the market. The rising cosmetics sector in Africa as well as Middle East countries like Saudi Arabia, Iran and United Arab Emirates has further propelled the Europe Middle East and Africa maltodextrin market growth.

The growing food and beverage sector in the Middle East and Africa is driving the growth of the Europe Middle East and Africa maltodextrin market. The industry is also being aided by the rising consumption of ice-cream, and sports and instant drinks where maltodextrin is added. The growing sweetener market in Africa, and Southern and Central Europe, due to a rising demand for sweeteners and texturant solutions in beverages, soups, sauces, and dressings, is also driving the industry in the region.  Alcoholic beverages dominate the beverages market in Europe adding to the maltodextrin demand in the continent as the polysaccharide is added to alcoholic drinks to improve their mouthfeel. The Europe Middle East and Africa maltodextrin market in the area is also being helped by the rising demand for high-intensity sweeteners in Europe due to the increasing health concerns about obesity.

The report analyses the following key players in the Europe Middle East and Africa maltodextrin market, looking into their market share, capacity, and latest developments like mergers, acquisitions and investments, plant turnarounds, and capacity expansions:

The EMR report looks in-depth into the market and provides a SWOT analysis of Europe Middle East and Africa maltodextrin market as well as an analysis of Porter’s Five Forces.

What was the Europe Middle East and Africa maltodextrin market size in 2020?

The major drivers of the industry, such as rising disposable incomes, increasing population, rising construction industry, and the growing health and personal care sector.

What are the key industry trends of the Europe Middle East and Africa maltodextrin market?

The increasing demand for high-intensity sweeteners in Europe owing to the rising health concerns about obesity is likely to be a key trend guiding the growth of the industry.

What are the major regional markets of maltodextrin in Europe, according to the market report?

Germany, France, the United Kingdom, Nigeria, Saudi Arabia, and the United Arab Emirates are the leading regions in the market.

What are the leading application segments of the market?

The leading application segments of the market are food and beverages, pharmaceutical, health and personal care, and agriculture, among others.

The Europe Middle East and Africa maltodextrin market reached a production volume of 0.94 million metric tons in 2020. The market is expected to grow further in the forecast period of 2023-2028, driven by the growing food and beverage sector.

EMR’s meticulous research methodology delves deep into the industry, covering the macro and micro aspects of the industry. On the basis of application, the industry can be segmented into food and beverages, pharmaceutical, health and personal care, and agriculture, among others. The major regional markets for maltodextrin are Germany, France, the United Kingdom, Nigeria, Saudi Arabia, and the United Arab Emirates. The key players in the above industry include Cargill, Incorporated, Archer Daniels Midland Company, Ingredion Incorporated, Roquette Frères, Tate & Lyle PLC, Tereos S.A, AGRANA Starch / AGRANA Stärke GmbH,Tiba Starch & Glucose Manufacturing Company, Tongaat Hulett Limited, HUNGRANA KFT., Others.