Global Ethosuximide Market to Grow at a Healthy Pace During 2021-2026, Aided by the Rising Health Consciousness

The global ethosuximide market is being driven by the growth of the epilepsy drug market, which is expected to grow in the forecast period of 2022-2027 at a CAGR of 4%. 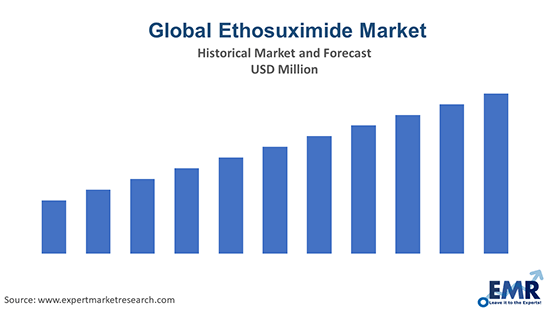 North America to be a Significant Regional Market for Ethosuximide

The global ethosuximide industry is anticipated to witness a healthy growth over the forecast period. North America is expected to emerge as a significant market for ethosuximide in the coming years. There is a high demand for the drug in this region owing to the rising number of patients suffering from seizures. Apart from North America, Europe is expected to hold a substantial share of the global ethosuximide industry. The increased adoption of the drug for various medications in India and China is contributing towards the market growth in the Asia Pacific region. The Middle East and Africa and Latin America are predicted to witness a steady growth. 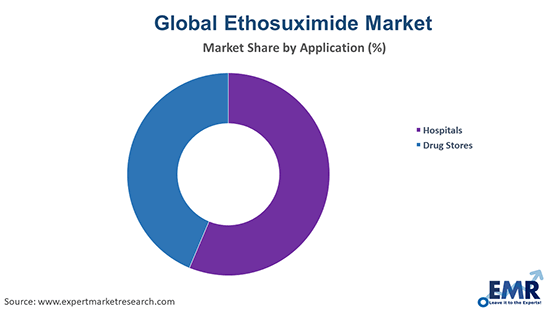 Ethosuximide is a medication used in the treatment of absence seizures. Absence seizures are characterised by a brief, sudden lapse of consciousness. It is commonly sold under the brand name Zarontin.

The major forms of ethosuximide are:

The market can be broadly categorised based on its applications segments into:

The EMR report looks into the regional markets of ethosuximide like North America, Europe, the Asia Pacific, Latin America, and the Middle East and Africa.

The global market for ethosuximide is being driven by the increasing number of patients suffering from absence seizures. Absence seizures are a medical disorder characterised by the temporary, sudden lapse in consciousness. Unlike its alternative valproic acid, which contains idiosyncratic hepatoxicity, ethosuximide is considered to be the primary drug for the treatment of absence seizures. The increasing investments in research and development by the government is aiding the market. Increasing health consciousness and improved living standards are expected to boost the market growth further. These factors are anticipated to bolster the global ethosuximide industry over the forecast period of 2022-2027.

The report presents a detailed analysis of the following key players in the global ethosuximide market, looking into their capacity, market shares, and latest developments like capacity expansions, plant turnarounds, and mergers and acquisitions:

What is the growth rate of the global ethosuximide market?

The global ethosuximide market is expected to be driven by the global epilepsy drug market, which is projected to grow at a CAGR of 4% between 2021 and 2026.

The major drivers of the industry, such as rising disposable incomes, growing health consciousness, rapid urbanisation, growing population, and the increasing number of patients affected by absence seizures, are expected to aid the market growth.

What are the key industry trends of the global ethosuximide market?

The key trends guiding the growth of the industry are the rising product awareness and health consciousness among the consumers.

What are the major regional markets of ethosuximide, according to the EMR report?

The major regional markets of ethosuximide are North America, Europe, the Asia Pacific, Latin America, and the Middle East and Africa.

What are the different forms of ethosuximide?

The major forms of ethosuximide are tablet, capsule, and syrup.

What are the major applications of the drug?

Ethosuximide finds its application in hospitals and drug stores.

The key industry players include Pfizer Inc., Akorn, Incorporated, and Chemwerth, Inc, among others.

EMR’s meticulous research methodology delves deep into the market, covering the macro and micro aspects of the industry. Based on its forms, the market can be segmented into capsules, tablets, and syrups. By application, the market is categorised into hospitals and drug stores. The major regional markets for ethosuximide are North America, Europe, the Asia Pacific, Latin America, and the Middle East and Africa. The key players in the above market include Pfizer Inc., Akorn, Incorporated, and Chemwerth, Inc, among others.

The global anisole market attained a value of about USD 94.09 million in 2021, driven by the rising application of anisole in the pharmaceutical industry. Aided by the thriving e-commerce industry, th...
Read More

The global antiviral drugs market attained a value of more than USD 62.7 billion in 2021, driven by the rising cases of viral infections among the geriatrics, and rising healthcare expenditure. The ma...
Read More

The global oral antibiotics market attained a value of over USD 18,365.8 million in 2021, driven by the extensive use of oral antibiotics for the treatment of infectious diseases. Aided by the growing...
Read More

The Asia Pacific vaccine market attained a value of nearly USD 3.92 billion in 2021, driven by the robust growth of the healthcare sector. Aided by the increasing research and development (R&D) activi...
Read More

The global microencapsulation market attained a value of about USD 9.52 billion in 2021, driven by the advancements in the pharmaceutical and nutraceutical industries. Aided by growing inclination tow...
Read More