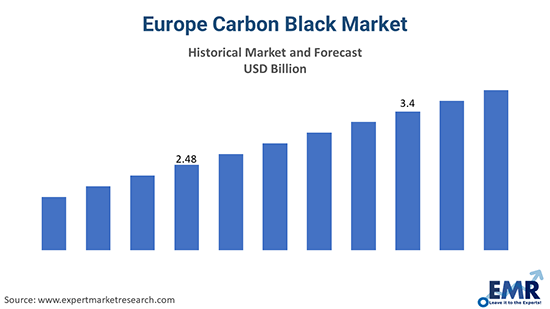 Being the second largest market of the material in the world, the growth of the industry in the continent will drive the global market growth. In 2021, the global market stood at nearly USD 15.03 billion. It is expected to grow further in the forecast period of 2022-2027, growing at a CAGR of 5.7%.

Europe accounts for nearly a fifth of the global production of the industry. It is the leading market for the product after the Asia Pacific region. While Germany is the largest importer of the product in the region, Eastern European countries are the major producers of the substance and extensively export the surplus output to the European Union countries. Russia and the other Eastern European countries account for nearly 9% of the global production of the substance.

The carbon black market in Europe is being driven by the rising export demand from overseas markets. The continent exports the substance to regions like the Middle East, Africa, and the US, among other regions. Russia, a major exporter in the continent, exports the product within the European region as well as to other regions like North America. North America primarily imports the substance from Russia along with China because of the lower costs.  Russia is its major exporter in Europe with multiple European countries importing the product from the Eurasian country over China, which is the largest producer globally. This is because the European countries acquire the material at a much lower cost with reduced costs of transportation. Thus, the Russian market is aided by the growing export demand. The easy availability of feedstock and the expansion of production units will also aid the growth of the industry in the country.

Carbon black is produced through the partial combustion of hydrocarbons and appears as fine black particles of amorphous carbon. It is used extensively in the automotive sector in tyres, tubes, tread belts, hoses, and others. It is also used as colouring pigments in inks and as the electric conductive agent of high technology materials. 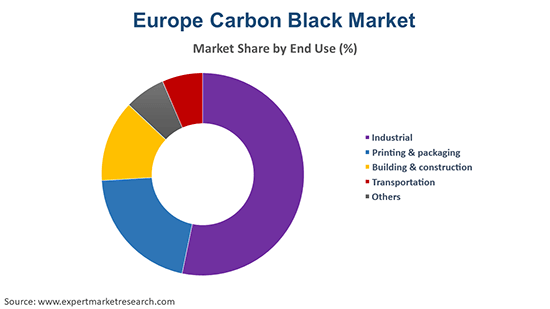 Based on product, the Europe carbon black market can be divided into the speciality carbon, lamp, channel, acetylene, furnace, gas, commodity carbon, and thermal black, among others.

By grade, the market can be divided into:

On the basis of end use, the market can be divided into the following:

The EMR report also looks in-depth into the various regional markets in Europe like Germany, France, United Kingdom, and Italy, among others. 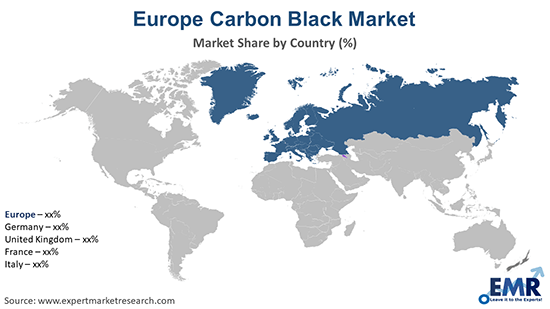 It finds its leading application in the tyre industry. Thus, the growth of the industry is heavily dependent upon, not just the tyre industry, but also the automotive industry where tyres find their leading application. In Europe, the replacement tyre segment dominates the market. However, with the steady growth in new car registrations in the region post the economic crises of 2012 are leading to a moderate growth in the demand for OEM tyres. Germany is a leading tyre industry in the region with a thriving car manufacturing industry. The Germany automotive market saw an increase of almost 3% in 2018, as compared to 2017, and is forecasted to witness further growth in 2020. The growth in the sales of electric vehicles in the mature markets in Europe will provide further impetus to the Europe carbon black market. The increase in the sales of e-vehicles sales in the region is generating demand for speciality tyres to combat the wear caused by the vehicles’ high torque acceleration.

In Europe, speciality products are expected to witness a robust growth in the coming years. With the product being used in paints, sealants, adhesives, and coating, the steadily growing infrastructure industry in the region, especially the renovation and repair segment, will aid the industry further. The material is also used as an ink pigment and thus, is affected by the climate of the various sectors of the print industry. The Western Europe market for publishing printing is expected to attain USD 13.8 billion in 2021, while its print packaging industry will reach USD 52.3 billion in the same year.

The report gives a detailed analysis of the following key players in the Europe carbon black market, covering their competitive landscape, capacity, and latest developments like mergers, acquisitions, and investments, expansions of capacity, and plant turnarounds:

What was the Europe carbon black market size in 2021?

The Europe carban black market reached a value of USD 2.62 billion in 2021.

The major drivers of the industry include rising disposable incomes, increasing population, and rising demand from industries like the thriving automotive and infrastructure industries.

The easy availability of feedstock and the expansion of production units are expected to be the key trends guiding the growth of the industry.

Germany, France, United Kingdom, and Italy, among others, are the leading regions in the market.

What are the major product types in the industry?

The major products in the industry include acetylene, furnace, and thermal black, among others.

What are the major grades of the product?

The major product grades include speciality grade and rubber grade.

What are the application sectors in the industry?

The application sectors include industrial, printing and packaging, building and construction, and transportation, among others.

The carbon black in Europe reached a value of USD 2.62 billion in 2021, driven by the growth in the infrastructure industry. Aided by the thriving automotive sector, the market is expected to witness a further growth in the forecast period of 2022-2027, growing at a CAGR of 5.3%.

EMR’s meticulous research methodology delves deep into the industry, covering the macro and micro aspects of the industry. Based on its product types, the Europe carbon black market can be segmented into acetylene, furnace, and thermal black, among others. By grades, the industry is divided into speciality grade and rubber grade. On the basis of application, the market can be segmented into industrial, printing and packaging, building and construction, and transportation, among others. The major regional markets are Germany, France, United Kingdom, and Italy, among others. The key players in the above industry include Birla Carbon, Cabot Corporation, Continental Carbon Company, Orion Engineered Carbons S.A., Tokai Carbon Co., Ltd., OJSC Kremenchug Carbon Black Plant, Carbon Black Kft., Kremenchug Carbon Black Plant, Others.

The global calcined petroleum coke market is being driven by the increasing demand for aluminium. Aided by the rapid urbanisation and industrialisation in the emerging economies, the market is expecte...
Read More

The global petrochemicals market attained a value of USD 419 billion in 2020, driven by the increased product demand in construction and automotive sector.  Aided by the  investments for the develop...
Read More

The Europe benzene market reached a volume of nearly 8 MMT in 2020, driven by the rising application of cumene in the manufacturing process of phenol and acetone. Aided by rising demand from the styre...
Read More

The global white oil market attained a value of nearly USD 1.37 billion in 2020, driven by the rising demand for personal care products. Aided by the expanding pharmaceutical industry and the increasi...
Read More

The global needle coke market was driven by the rapidly rising demand for electric vehicles in the historical period. Aided by favourable government policies and the growing number of applications of ...
Read More