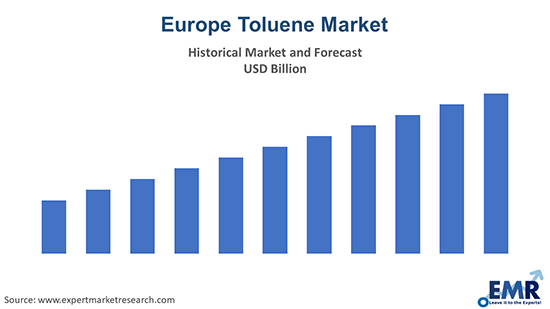 Rising Downstream Demand to Bolster the Toluene Market in Europe

The toluene market in Europe is majorly impacted by the growing demand for benzene, which is being aided by the growth of downstream application sectors like automobiles, construction, and personal care. The increasing demand for mixed xylene is also positively affecting the market demand for toluene. The European market is witnessing a positive demand from the gasoline blend segment. The application of toluene as an intermediate for other chemicals accounts for the majority of its use in the European Union.

Toluene, or toluol, is an aromatic hydrocarbon. It is a colourless, water-insoluble fluid with the smell of paint thinners. Its systematic IUPAC name is methylbenzene due to being a mono-substituted benzene derivative, which consists of a phenyl group with a group of attached CH3. 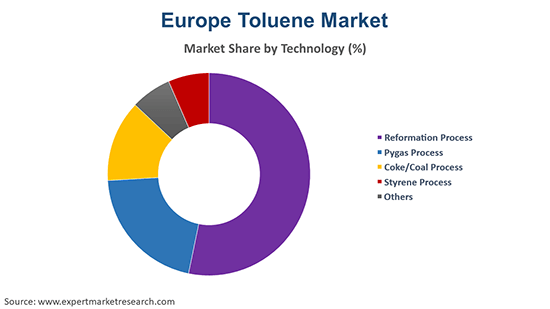 By technology, the market is segmented into:

Based on application, the industry is divided into:

The regional markets for toluene in Europe are Germany, the United Kingdom, France, and Italy. 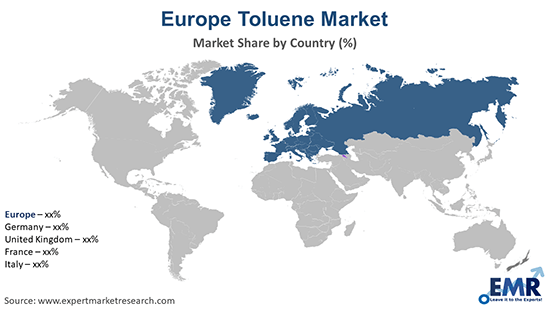 The product is also widely used in the explosives industry, which is growing at a fast pace due to increased mining activities. The explosives industry is significantly growing, globally as well as in Europe. The use of toluene in the production of flammable and explosive compounds like TNT is providing a further impetus to the market growth. The regional industry is also being propelled by the rapidly growing textile industry, which uses toluene as a solvent.

The report gives a detailed analysis of the following key players in the Europe toluene market, covering their competitive landscape, capacity, and latest developments like mergers, acquisitions, and investments, expansions of capacity, and plant turnarounds:

The Europe toluene market is being aided by the global toluene market, which is expected to grow at a CAGR of 5.4% in the forecast period of 2022-2027.

The Europe toluene market is being aided by the global toluene market, which is expected to attain a value of USD 34.4 billion by 2026.

What are the key industry trends of the Europe toluene market?

The rising demand for the product as a solvent and the demand for its conversion to benzene are the key industry trends propelling the market's growth.

What are the major regional markets of toluene, according to the EMR report?

The major regions in the industry are Germany, France, the United Kingdom, and Italy.

What are the different technologies involved in the market?

By technology, the market is segmented into reformation process, pygas process, coke/coal process, and styrene process, among others.

The major applications in the market are gasoline, STDP/TPX, solvents, trans alkylation (TA), hydrodealkylation, toluene diisocyanate (TDI), and toluene disproportionation (TDP), among others.

The major players in the industry are Exxon Mobil Corporation, Covestro AG, TOTAL S.A., BASF SE, and Dow Chemical Company, among others.

The global glycine market is driven by the utilisation of glycine in various applications. Aided by the strong presence of market players offering different grades of glycine, the market is expected t...
Read More

The India hexane market was driven by the rising utilisation of the product for the treatment of edible oils in the historical period. Aided by the increasing demand in various application sectors and...
Read More

The global agar resin market was driven by the growing demand for natural ingredients in the food and beverage industry in the historical period. Aided by the increasing use in the cosmetic and person...
Read More

The global glycerine market attained a value of USD 3.15 billion in 2021, driven by the rise in the use of glycerine in various industrial applications. Aided by the rising consumer interest in colour...
Read More