Global Fish and Seafood Market projected to Grow at a CAGR of 7.4% in the Forecast Period 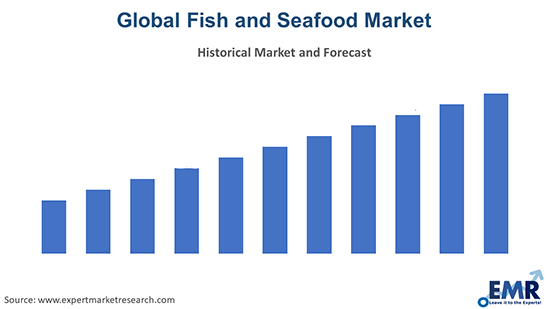 The Asia Pacific is a major fish and seafood market. Within the region, China is the largest fish industry, and accounts for over a quarter of the total global fish production. The country produces over half the global aquaculture and a fifth of the capture fish, globally. Although the growth of the market in China has slowed down after the rapid growth witnessed by the industry from the 1990s to 2000s, the country remained the major fish producer in the world. Since 2002, it is also a leading exporter of fish and related products, globally. North America is also a significant market after the Asia Pacific. The United States along with the European Union (EU) and Japan were the major importers of fish and fish products in 2016, accounting for nearly 64% of their total imports in value, globally. The imports of fish in the three countries continued to grow in 2017. The Middle East and Africa is also emerging as a significant market for fish and seafood. The imports of canned tuna have witnessed a rise in the Middle Eastern markets like Egypt and Saudi Arabia, especially in the Q3 of 2018, due to lower import prices.

Currently, fish and its products are some of the major traded items, globally. Despite the trade tensions between the US and China, and Brexit, the global trade of seafood increased by almost 7% in 2018, as compared to 2017. The export of fish and seafood from emerging economies has been growing faster than developed countries since the past four decades. The increase in exports from emerging nations can be attributed to the rise in regional trade agreements, leading to faster regional trade flows. In 2017, the value of global fish exports increased by 7% as compared to 2016, to reach USD 152 billion aided by a strong economic growth and rising demand. In 2016, China along with Norway, Viet Nam and Thailand were major fish exporters in 2016.

Fish and seafood refer to those aquatic animals from the freshwaters and the oceans that are edible in nature. They are often preferred over poultry and beef meat as they contain an almost equivalent amount of protein while being lower in calories. They can be poached, baked, steamed, broiled, deep-fried, and maybe cooked into soups, stews, bisques, and chowders. Some varieties can also be consumed raw. They are broadly classified as mollusc, crustacean, and fish, among others. By product types, they are categorised as:

The report analyses the various regional markets like the Asia Pacific, Europe, North America, Latin America, and the Middle East and Africa. 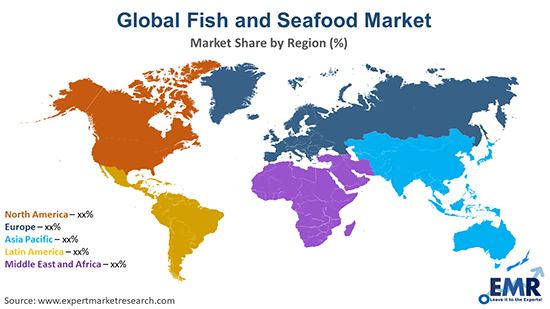 The global fish and seafood market is being driven by the rising demand for fish and seafood from Asia and the Americas. In 2016, Asia accounted for 85% of the population involved in the aquaculture and fisheries segment followed by Africa and Latin America and the Caribbean. The share of the global fish production utilised for human consumption has been witnessing a growth over the last decade, and in 2016, nearly 90% of its output was directly consumed by humans. Fresh or chilled fish and seafood is preferred for human consumption, followed by the frozen segment. The rising demand for processed seafood is expected to aid the industry growth in the forecast period.

The global fish and seafood market is being driven by the rising consumption of fish and seafood due to a global shift towards a pescatarian diet. The increasing adoption of a pescatarian diet is due to the rising health consciousness among the consumers, who perceive other meat products as being comparatively unhealthier. In 2018, the average fish consumption, globally, was 20.7 kg per person driven by the growing global economy. Between 1961 and 2016, their global consumption outpaced both the global population growth and the consumption of meat derived from terrestrial animals. The increased intake of fish protein in developing countries is further driving the industry. The rise in domestic consumption of their farmed varieties in emerging economies is being aided by the growing middle-class population and rapid urbanisation.

The report provides a detailed analysis of the key players in the global fish and seafood market, covering their market share, capacity, and latest developments like plant turnarounds, capacity expansions, and mergers, acquisitions, and investments:

The EMR report investigates the macro and micro aspects of the global fish and seafood market. The comprehensive report also analyses the market based on the Porter’s Five Forces model. It offers a SWOT analysis as well.

What are the major regional markets of fish and seafood, according to the EMR report?

What are the key industry trends of the global fish and seafood market?

The increasing inclination towards seafood owing to the high nutrition content and rising demand for fish and seafood from Asia and the Americas are the  key trends guiding the growth of the industry.

What are the major types of fish and seafood included in the market?

Molluscs, crustaceans, and fishes, among others are the major types of fish and seafoods included in the market.

What are the different products included in the market?

The global fish and seafood market is driven by the global increase in demand for sea food products owing to the high nutritional value. Aided by the increasing popularity of clean-labelled seafood products and rising health consciousness, The market is projected to grow at a CAGR of 7.4% in the forecast period of 2023-2028.