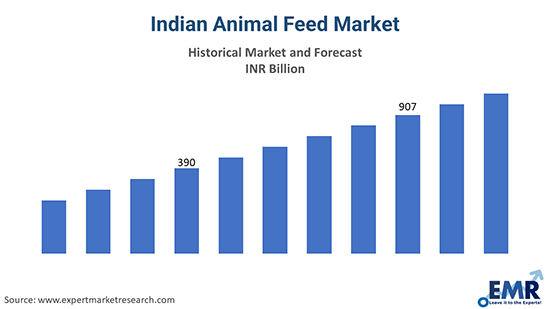 The Indian animal feed market is driven by the increasing government support in the country. After the liberalization of the Indian economy in the early 1990s, the animal feed industry was presented with new opportunities. The industry continues to have substantial growth potential owing to increasing domestic consumption of animal-based products, rising livestock population, and growing dependence on imports.

Animal feed are food items produced or grown for the consumption of livestock or poultry. These products are carefully grown and blended with numerous nutritional ingredients that are essential to maintain the health of animals. Some of the common feeds include pasture grasses, hay and silage crops, cereal grains, and other by-products of food crops, such as pineapple bran, brewers' grains, and sugar beet pulp. The animal feed industry encompasses various sectors such as cattle, poultry, and aquaculture. 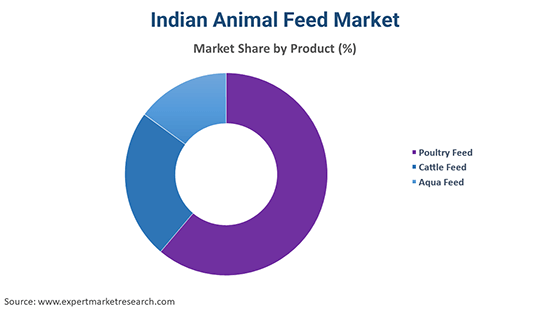 The animal feed market in India is segmented on the basis of product into:

Among all of these, poultry feed exhibits the most popular product type in the market due to the highly organized poultry sector in India.

On the basis of form, the market is divided into: 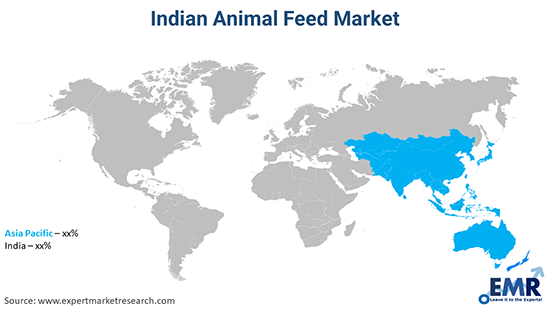 The Indian animal feed market is driven by the rising dairy industry, backed by the White Revolution 2.0, which has resulted in the rapid growth of the cattle population. Currently, India has the largest cattle population in the world, thereby becoming a significant market for cattle feed. The demand for commercial cattle feed is projected to increase in India, as the dairy industry structure is becoming more organized. In addition to this, the government is also planning to launch schemes and policies under the 12th Five Year Plan, which are aimed at improving the overall status of the animal feed industry to provide for future demand.

The report gives a detailed analysis of the following key players in the Indian animal feed market, covering their competitive landscape, capacity, and latest developments like mergers, acquisitions, and investments, expansions of capacity, and plant turnarounds:

The Indian animal feed market reached a value of USD 13.8 billion in 2022.

The rising support from the government is expected to be a key trend guiding the growth of the market.

North Region, East and Central Region, West Region, and South Region are the leading regions in the market.

What is the dominant product type of animal feed in the industry?

Poultry feed is the dominant product type in the market.

What are the various forms of animal feed in India?

The various forms of animal feed in India include pellets, crumbles, and mash, among others.

Who are the key market players according to the report?

The Indian animal feed market attained a value of almost USD 13.8 billion in the year 2022 driven by the introduction of non-traditional feed ingredients. Aided by rising consumption of animal-based products, the industry is expected to witness a further growth in the forecast period of 2023-2028, growing at a CAGR of 3.9%. The industry is projected to reach USD 17.4 billion by 2028.

EMR's meticulous research methodology delves deep into the industry, covering the macro and micro aspects of the industry. Based on its products, the Indian market for animal feed can be segmented into poultry feed, cattle feed, aqua feed, swine feed, and pet feed, among others, with poultry feed accounting for the largest market share. On the basis of form, the market is divided into pellets, crumbles, and mash, among others. The major regional markets for animal feed in India are North Region, East and Central Region, West Region, and South Region. The key players in the above market include Cargill, Incorporated, Suguna Foods Private Limited, Japfa Comfeeds India Pvt. Ltd., Nouriture, Godrej Agrovet Limited (GAVL), SKM Animal Feeds & Foods (India) Private Limited, Kapila Agro Group, KSE Limited, Avanti Feeds Limited, Uno Feeds, Growel Feeds Pvt. Ltd., and The Waterbase Limited, among others.