Latin America Maltodextrin Market Expected to Grow at a CAGR of 5% by 2026, Driven by Thriving Beverage Industry 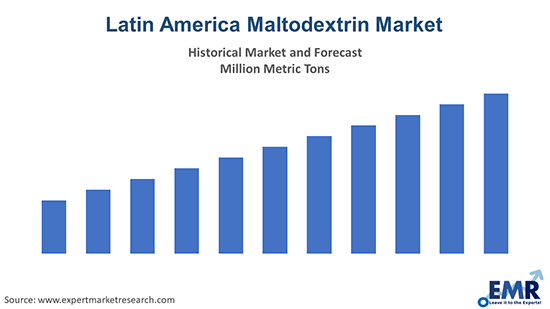 The maltodextrin industry is affected by the climate of its various feedstock market. Corn is the leading feedstock for maltodextrin, accounting for almost 70% of its global production. Corn starch is the major feedstock in countries like Brazil, whose healthy production drove the growth of the Latin America maltodextrin market. Between 2017-2018, Brazil accounted for 9% of the total corn production.

Maltodextrin is a polysaccharide that usually appears as a white hygroscopic spray-dried powder. It is derived from starch and finds application as a food additive and carbohydrate supplement. Depending on the extent of polymerisation, it can be either moderately sweet or can be almost devoid of any flavour. It is added to processed foods like infant foods, ice-creams, candy, soft drinks, and energy drinks. 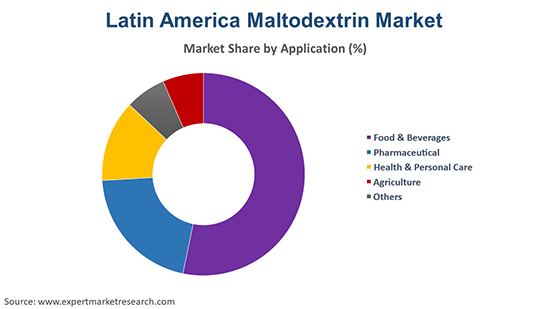 The common feedstock for maltodextrin covered in the report are corn and corn starch, cassava and cassava starch, potato and potato starch, and wheat and wheat starch. The report looks into the consumption and supply of maltodextrin in Brazil, Argentina, and Colombia. 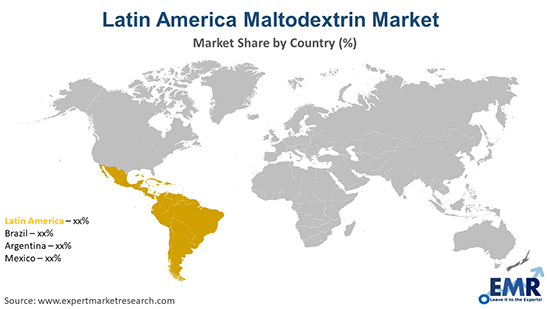 The Latin America maltodextrin market is being driven by the robustly growing food and beverage industry. Maltodextrin finds application as a food thickener in food products such as ice-cream, beer, infant formula, potato chips, jerky, and frozen food. Its powder also finds application as a supplement used by bodybuilder and athletes as well as in sodas and candy. Latin America along with the Caribbean represents about 17.5% of the global beverage industry, generating an annual revenue of USD 17.7 million. The thriving beverage sector in the region is also pushing the maltodextrin industry forward as the polysaccharide finds widespread application in the beverage industry. Maltodextrin is added to beverages to flavour, increase solubility of beverage powders, and to help balance the sweetness of the drinks.

In Latin America, the industry is being aided by a growing middle-class population, which is projected to grow substantially in the coming decade. This growing middle class is leading to a change in consumption patterns with consumers demanding healthier foods, thus, providing an impetus to the maltodextrin market. The expanding sweeteners industry in countries like Brazil is further propelling the industry forward in the region. Processed foods such as instant noodles which contain maltodextrin are also being increasingly consumed in the area. Brazil is one of the leading markets for instant noodles.

Maltodextrin also finds application in the cosmetics and personal care industry where it is used as an absorbent, emulsion stabiliser, binding agent, moisturiser, and film-forming agent. In 2020, Latin America accounted for 8% of the global cosmetics industry with Brazil, Mexico, Argentina, and Chile as the key markets in the region. Brazil, especially, is a leading cosmetics market in Latin America. The mounting growth of the cosmetics industry is in turn also aiding the maltodextrin industry in the region.

However, the Latin America maltodextrin market is expected to witness a decrease in demand in the coming years. Increasing health concerns about extra fat, blood sugar, allergic reactions, chronic inflammatory diseases, and weight gain might provide a hindrance to the growth of the industry. People with gluten intolerance may start avoiding maltodextrin products which contain traces of gluten.

The prices of the feedstock affect the maltodextrin prices too. In Brazil, the wheat prices are expected to see a hike due to the drought conditions prevailing in Southern Brazil.  Thus, wheat prices are estimated to have grown by 3% between 2018 and 2020.

The report by EMR analyses the following key players in the Latin America maltodextrin market, looking into the share, capacity, and latest developments like mergers, acquisitions and investments, expansions of capacity, and plant turnarounds of these major market players:

The EMR report gives an in-depth insight into the Latin America maltodextrin market by providing a SWOT analysis as well as analysis of Porter’s Five Forces.

What was the Latin America maltodextrin market size in 2020?

The major drivers of the market include the growing middle-class population, change in consumption patterns, increasing demand for processed foods, mounting growth of the cosmetics industry, and increasing health concerns.

What are the key industry trends of the Latin America maltodextrin market?

The key industry trends propelling the market growth include the robustly growing food and beverage, health, and personal care industries.

What are the major regional markets of maltodextrin, according to the EMR report?

The major regions in the industry are Brazil, Argentina, and Colombia.

Food and beverages, pharmaceutical, health and personal care, and agriculture, among others are the major applications of the product.

The Latin America maltodextrin market produced nearly 0.14 million metric tons in 2020, driven by the growing food and beverages industry. Aided by the growing middle-class population and change in consumption patterns, the market is expected to witness a further growth in the forecast period of 2023-2028, growing at a CAGR of 5%.

EMR's meticulous research methodology delves deep into the market, covering the macro and micro aspects of the industry. By application, the market can be categorised into food and beverages, pharmaceutical, health and personal care, and agriculture, among others. The major regional markets for maltodextrin are Brazil, Argentina, and Colombia. The major players in the industry are Cargill, Incorporated, Archer Daniels Midland Company, Ingredion Incorporated, Roquette Frères S.A., Tate & Lyle PLC, AGRANA Beteiligungs-AG, and others.