Latin America Natural Sweeteners Market to be Aided by the Estimated Growth of the Global Stevia Market at a CAGR of 8.5% in the Forecast Period of 2021-2026

The Latin America natural sweeteners market was aided by the growth of the stevia market, globally. The global stevia market attained a value of nearly USD 520 million in 2020. 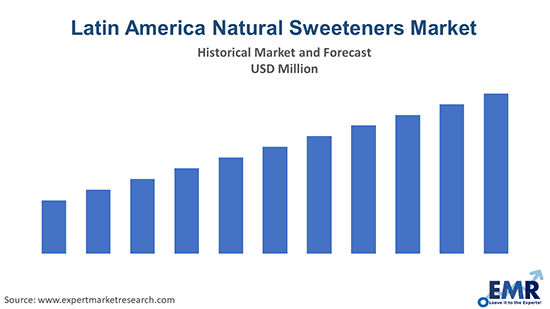 The global stevia market is projected to grow at a CAGR of 8.5% between 2021 and 2026 to reach an estimated value of almost USD 849 million by 2026. The growth of the industry was propelled by the increasing demand for zero-calorie products due to the rising health consciousness among the consumers.

In Latin America, soft drinks lead in stevia application followed by the sports nutrition and dairy segment, respectively. The soft drinks and sports nutrition segments together account for more than half of the stevia applications in the Latin and North America regions. The stevia market in Latin America is being aided by the abundance of raw material available in the region for processing due to the stevia plant’s nativity to Paraguay and Brazil. 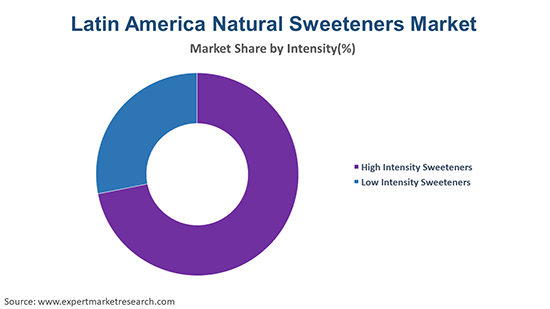 Their major types are:

Based on application, the market can be further categorised as:

The report also analyses the major regional markets in Latin America like Paraguay, Argentina, Brazil, and Colombia, among others. 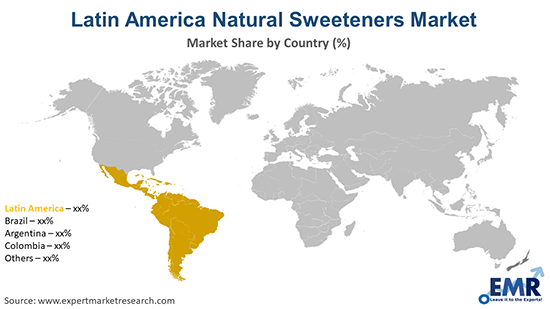 The Latin America natural sweeteners market is being driven by the growing demand for low-calorie foods and beverages, particularly, soft drinks, where stevia is used as a sugar substitute. With the increase in health concern among the consumers, the use of natural sweeteners to manufacture various packaged food and beverages has increased.

The rising population afflicted by diseases related to sugar consumption like obesity and diabetes is leading to various government initiatives discouraging people from sugar consumption, which is further aiding the market. The Brazil Health Ministry aims to reduce sugar consumption in several processed food products by 144, 000 tons by 2022. Governments in the region have also included a front-of-pack warning about high sugar, salt, and fat content on various products in countries like Chile, Peru, and Uruguay as a measure to create awareness among people. Other countries in the region may also implement similar techniques to control sugar consumption-related diseases.

The rise in the consumption of sports and energy drink is propelling the industry further. The Latin America and Caribbean region, together, forms a leading market for beverages, accounting for nearly 17.5% of the total market share, globally. The beverage industry in the region generates an annual revenue of USD 17.7 million. The low-calorie sweeteners are becoming popular for use as a flavouring agent in products like cosmetic items and toothpastes, thus, further aiding the growth of the natural sweeteners industry in Latin America. Their use in the pharmaceutical sector has also increased, which will enhance the market growth in the coming years.

This report gives a detailed analysis of the following key players in the Latin America natural sweeteners market, covering their competitive landscape, capacity, and recent developments like mergers and acquisitions, capacity expansion, and plant turnarounds:

SWOT analysis, value chain analysis, and Porter’s five forces analysis of the market have been carried out in the report to shed light on the macro and micro aspects of the industry performance, major challenges, and key drivers.

What was the Latin America natural sweeteners market size in 2020?

Latin America natural sweeteners market was aided by the growth of the stevia market, globally. The global stevia market attained a value of nearly USD 520 million in 2020.

The major drivers of the market include rising population, rise in food and beverage industry, increasing demand for zero-calorie products and abundance of raw material.

What are the key industry trends of the Latin America natural sweeteners market?

Growing health consciousness among the consumers and government regulations for reduction of sugar consumption are the key industry trends propelling the growth of the market.

What are the major regional markets of Latin America natural sweetener, according to the EMR report?

The major regions in the industry are Paraguay, Argentina, Brazil, and Colombia, among others.

What are the intensity types of natural sweeteners in the industry?

What is the major type of natural sweetener?

Stevia is the major type of natural sweetener market in Latin America.

What is the dominant application segment of natural sweetener?

The food and beverage are the dominant application segments of natural sweeteners.

What are the distribution channels of natural sweetener?

The distribution channels are hypermarkets/supermarkets, convenience stores, retail stores, and online retailers, among others.

The major players in the industry are PureCircle, Cargill, Incorporated, Archer Daniels Midland Company, Ingredion Incorporated, and Tate & Lyle PLC, among others.

The Latin America natural sweeteners market is majorly driven by the rise of stevia market worldwide. The global stevia market attained a value of USD 520 million in 2020. Aided by the increasing population afflicted by diseases related to sugar consumption, the market is expected to witness a significant growth in the forecast period of 2022-2027.

EMR’s meticulous research methodology delves deep into the market, covering the macro and micro aspects of the industry. Based on its intensity, the natural sweetener industry can be segmented into low intensity sweeteners and high intensity sweeteners. The classification based on type are stevia, maple syrup, raw honey, molasses, and coconut sugar, among others. On the basis of applications, the industry is divided into food, beverages, pharmaceuticals, and personal care among others. The major regional markets for Latin America natural sweetener are Paraguay, Argentina, Brazil, and Colombia, among others. The key players in the above market include PureCircle, Cargill, Incorporated, Archer Daniels Midland Company, Ingredion Incorporated, and Tate & Lyle PLC, among others.