LATAM (Latin America) Saccharin Market to be Aided by the Artificial HIS Market, Expected to Attain USD 2.3 billion in 2025 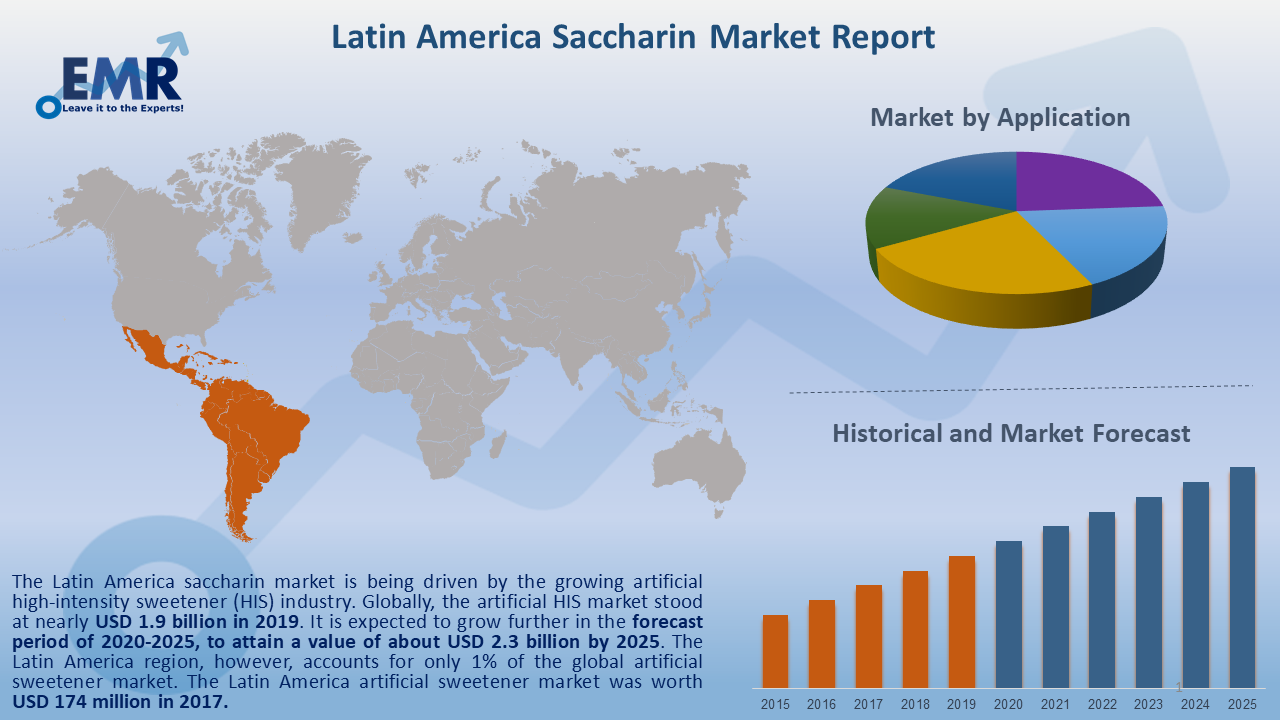 Saccharin is one of the leading artificial sweeteners available in the market with a share of about 13%. The healthy growth witnessed by the beverages industry in the Latin America region is propelling the regional saccharin industry, as it finds extensive application in the beverage segment. The beverage industry, globally, attained a value of USD 5 billion in 2017 and is expected to rise further in the forecast period. The Latin America and the Caribbean beverage industry is generating an annual revenue of USD 17.7 million and accounts for 17.5% of the global market. Brazil, a leading saccharin market in the region, has an especially robust beverage industry which is witnessing a trade surplus leading to the growth of the artificial sweetener industry in the region. Brazil is the third largest importer of the low-calorie sweetener and its salts after US and Germany.

Saccharin is a non-nutritive artificial sweetener which is extensively used in food products like cookies, soft drinks, and candies as a substitute for sugar. While it is 300 to 500 times sweeter than sucrose or table sugar, it might give a bitter or metallic aftertaste when added in excess.  Since it does not react chemically with food ingredients, it is a good option for storage. Saccharin can be further categorised as calcium, sodium, and insoluble saccharin. Its common application sectors are:

The global saccharin industry is being driven by the rising health consciousness due to the increasing number of people suffering from lifestyle diseases such as obesity and diabetes. The rising disposable incomes combined with a busier lifestyle is leading to the increasing demand for convenient food which in turn is providing an impetus to the market. Saccharin is used as a sugar substitute for household and restaurant uses in beverages like tea and coffee. The industry is also finding expanding application in other food and beverage segments like bakery and confectionary. The low-calorie sweetener is used as a flavouring agent in products such as cosmetics items and toothpaste. They are also finding uses in pharmaceutical products like vitamin tablets.

The Latin America saccharin market is being driven by the growing awareness about health and wellbeing and the increasing cases of obesity and diabetes. The industry is, thus, being driven in the region by an increasing demand for low-calorie foods and beverages. The growing population of the middle class in the Latin America region is expected to drive the industry further. The rise in the middle-class population is also leading to changes in the consumption patterns with consumers seeking sugar substitutes which are low in calories. The expanding market for sweeteners will provide further impetus to the saccharin industry growth.

The report gives a detailed analysis into the following key players in the Latin America saccharin market, looking into their capacity, market share and latest developments like plant turnarounds, mergers and acquisitions, and capacity expansions:

The EMR report gives an in-depth insight into the Latin America saccharin market by providing an analysis of the Porter’s Five Forces as well as a SWOT analysis.