The Latin America sorbitol market is being driven by the rising demand for healthy and sugar-free food. 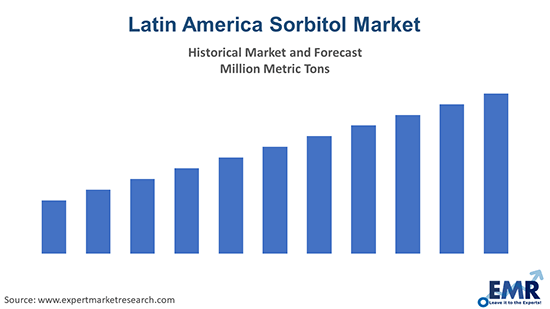 In 2020, the region produced 80 thousand metric tons of the polyol. Although Latin America occupies a relatively small portion of the global market, it is expected to see a healthy growth in the coming years aided by the global market growth. The global sorbitol market attained a production volume of nearly 2.6 million metric tons in 2020 and is expected to grow further in the forecast period of 2023-2028, growing at a CAGR of 2.4%.

Globally, corn is the leading feedstock of the polyol. Between 2017-2018, nearly 1,045 million metric tons of corn was produced and it is expected to attain a production volume of 1,079 million metric tons by 2021. Brazil is a leading producer of corn. In 2017, the country was also the second largest exporter of corn, just behind the US. Brazil is also a major producer of cassava, another significant feedstock. However, Brazil imports most of its sorbitol to meet the domestic demand. In 2018, the country was the largest importer of the substance in the Latin America region.

The global market for the polyol is being driven by a growing health consciousness among the consumers, especially due to the growing occurrences of obesity and type-2 diabetes. In 2016, nearly 39% of the global adult population was overweight, with 13% being obese. The cases of type-2 diabetes have also been on the rise, with 8.5% of the adult population afflicted by obesity in 2014, increasing from 4.7% in 1980. Diabetes has been especially rising in the low and middle-income countries and has been witnessing a rising rate in the Latin America region too. With the governments in the region encouraging people to avoid sugar and sugar-based food, consumers are seeking out sugar alternatives. This has provided a further impetus to sorbitol market growth in the area.

Sorbitol, like xylitol and mannitol, is a sugar alcohol or polyol, which is commonly used as a sweetener. Although found naturally in peaches, apples, seaweed, corn and other products, it can also be produced through the hydrogenation of D-glucose. The polyol is available in both liquid and powder forms. 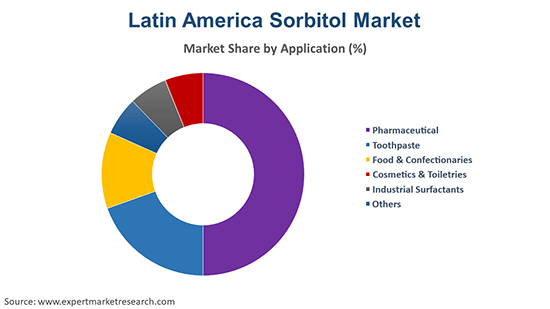 As it does not cause cavities, it finds widespread application in toothpastes and other oral care products. It is also used in diet or sugar-free foods and beverages. Its other application sectors include:

The report by EMR gives an in-depth look into the various sorbitol feedstock like corn, cassava, and wheat. The report also looks into the regional markets for the polyol in the Latin America region like Brazil, Argentina and Colombia. 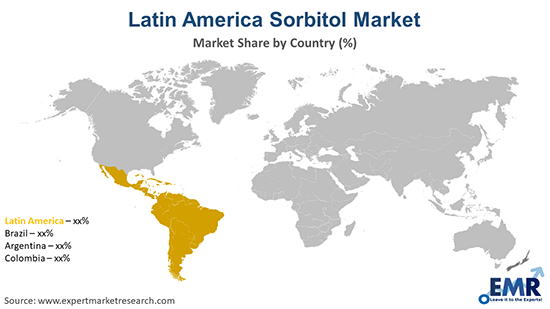 The Latin America sorbitol market is being driven by the growing demand for low-calorie foods and beverages, especially, for diet carbonated soft drinks where the polyol finds application as a sugar substitute. The rising population of people afflicted by lifestyle diseases related to sugar consumption like obesity and type-2 diabetes is leading to various government initiatives encouraging people to avoid sugar. The Health Ministry in Brazil aims to reduce sugar levels in several industrialised food products by 144, 000 tons by 2022. With the consumers also becoming more health conscious within the region, they are seeking healthier and sugar-free foods in which sorbitol finds extensive application. The expanding beverage sector in the region is also aiding the industry for the polyol. Latin America and Caribbean, together, account for 17.5% of the beverage industry. The rising middle-class population in the area, which is expected to grow substantially over the next ten years, is also aiding the polyol market growth.

The growing cosmetics industry in Latin America is also aiding the market for the polyol. Sorbitol is used as a skin-conditioning agent, as a stabiliser in gels and provides softness to hair. It is also used as a thickener in cosmetics. Latin America represented 11% of the global cosmetics industry in 2017 and was led by Brazil, Colombia, and Chile. With the oral care market projected to witness a healthy growth in the region in the forecast period, the sorbitol industry will witness a further growth. Toothpaste is a major end-use segment for the polyol globally where it is used as a sweetening agent which does not cause cavities.

The report gives a detailed analysis of the following key players in the Latin America sorbitol market, looking into their capacity, market share, and latest developments like expansions of capacity, mergers, acquisitions, and investments, and plant turnarounds:

What was the Latin America sorbitol market size in 2020?

The Latin America sorbitol market is supported to be driven by the global industry, which reached a production volume of about 2.6 million metric tons in 2020.

The market is expected to be driven by global sorbitol market, which is likely to grow at a CAGR of about 2.4% in the forecast period of 2023-2028.

The major drivers of the industry include growing disposable incomes, increasing population, and the rising health consciousness among the consumers.

What are the key industry trends of the Latin America sorbitol market?

The government in the region is encouraging people to avoid sugar and sugar-based food and consumers are seeking out sugar alternatives, which are expected to be the key trends guiding the growth of the industry.

What are the major regional markets of sorbitol in Latin America, according to the market report?

Brazil, Argentina, and Colombia are the major regions for the industry.

What are the leading types of sorbitol in the industry?

The leading types of sorbitol in the industry are liquid and powder.

What are significant application segments in the market?

The significant application segments in the market are pharmaceuticals, toothpaste, food and confectionaries, cosmetics and toiletries, and industrial surfactants, among others.

The Latin America sorbitol market is being driven by the rising demand for healthy and sugar-free food. In 2020, the region produced 80 thousand metric tons of the polyol. Meanwhile, the global sorbitol market attained a production volume of nearly 2.6 million metric tons in 2020 and is projected to grow further in the forecast period of 2023-2028, growing at a CAGR of 2.4%.

EMR’s meticulous research methodology delves deep into the industry, covering the macro and micro aspects of the industry. Based on types, the market can be segmented into liquid and powder. On the basis of application, the market is divided into pharmaceuticals, toothpaste, food and confectionaries, cosmetics and toiletries, and industrial surfactants, among others. The major regional markets for sorbitol in Latin America are Brazil, Argentina, and Colombia. The key players in the above industry include Roquette Frères SA, Cargill Inc., Ingredion Inc., Archer Daniels Midland Company, and Tereos Participations SAS, among others.