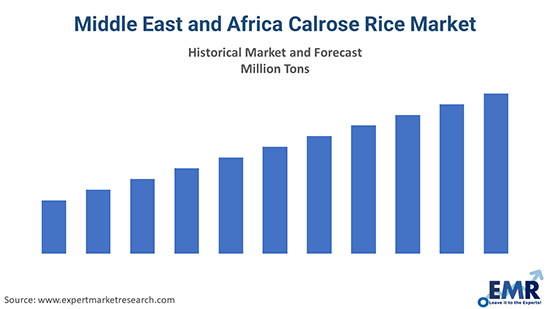 The Asia Pacific region is a significant producer of rice globally. Within the region, China is the leading producer of the paddy crop. The milled production of the paddy crop in China attained a volume of almost 116 million metric tons in the 2018-2020 period. Between 2020 and 2021, the production levels of rice are expected to witness a slight decline. India follows China as the other major producer in the region. India is a significant producer of the basmati variety, accounting for 70% of its production globally. The overall rice production in Asia, however, is expected to decelerate in the forecast period due to climatic fluctuations associated with the prevailing El Niño phenomenon. Even with the smaller output of the crop, Asian countries like Cambodia, China, India, and Viet Nam are expected to export more in the coming years. The United States of America is also expected to witness an overall increase in its exports in the coming years, with the total global rice trade projected to rebound by nearly 4.5% by 2021.

The United States of America is also a significant producer of the paddy crop. Between 2018 and 2020, the milled rice production in the United States reached an estimated volume of 7 million thousand tons. The production of the paddy crop in the country began in the southern states and spread to California during the Gold Rush when the country witnessed a massive influx of Chinese immigrant workers. Rice varieties like the Californian Calrose are exported in significant quantities to regions like Central America, the Caribbean, and the Middle East and Africa. The Middle East and African countries like Saudi Arabia, Turkey, Libya, and Jordan were some of the largest export destinations of rice from the United States. The Middle East is a leading rice consumer, globally, accounting for 37.8% of its consumption. Sub-Saharan Africa is expected to be one of the fastest-growing consumers of the paddy crop, with the consumption in the region expected to expand by 22% by 2026. As the consumption of rice in the Middle East and Africa grows, the market for Calrose rice is also expected to witness a healthy growth in the coming years, especially with the rising health consciousness in the region and the variety’s incorporation in multiple local cuisines.

Calrose rice is a rice variety, which was developed and is grown in California. It is a medium-grain variety of the paddy crop. By type, the industry is bifurcated into raw and parboiled. The regional markets explored within the report are: 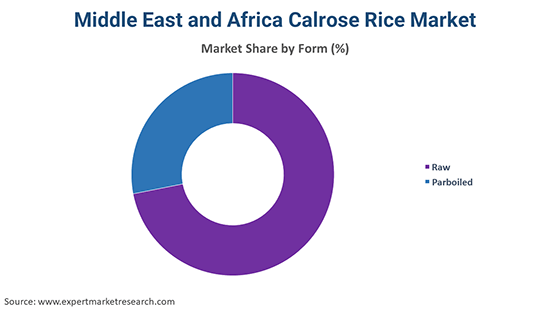 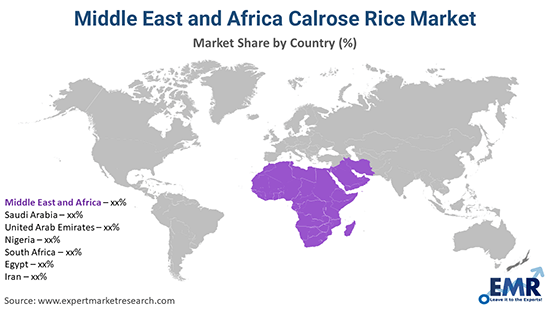 The Calrose rice market in the Middle East and Africa is being driven by the rising consumption of the paddy crop in the region. The growing imports of rice in the region is also aiding the industry. The rising middle class and growing urbanisation in the region is also supporting the growth of the industry. Over 90% of the population in the United Arab Emirates live in urban areas. In Saudi Arabia, the population residing in urban areas is expected to account for almost 90% of the country’s total population by 2026.

The report by EMR analyses the following key players in the Calrose rice market in the Middle East and Africa, covering their capacities, market share, and latest developments like mergers, acquisitions, and investments, capacity expansions, and plant turnarounds:

The comprehensive report by EMR gives a thorough analysis of the macro and micro aspects of the industry. It assesses the market based on Porter’s Five Forces model. SWOT analysis and a value chain analysis have also been provided within the report.

The major drivers of the industry, such as the rising disposable incomes, increasing population, and rising consumption as a staple food.

What are the key industry trends of the Middle East and Africa Calrose rice market?

The rising health consciousness in the region and the variety’s incorporation in multiple local cuisines are expected to be the key trends guiding the growth of the industry.

What are the major regional markets of Calrose rice in the Middle East and Africa, according to the market report?

Saudi Arabia, the United Arab Emirates, Nigeria, South Africa, Egypt, and Iran, among others, are the leading regions in the market.

What are the leading forms of Calrose rice in the industry?

The leading forms of Calrose rice in the industry are raw and parboiled.

The leading players in the market are The Sun Valley Rice Company, LLC, Pacific International Rice Mills, Sunwest Foods Inc., and Coztrix Limited., among others.

The Middle East and Africa Calrose rice has been supported by the steady rice production. Aided by the rising consumption of the product due to the rising health consciousness in the region and the variety’s incorporation in multiple local cuisines, the industry is further expected to grow at a healthy rate in the forecast period of 2023-2028.

EMR’s meticulous research methodology delves deep into the industry, covering the macro and micro aspects of the industry. Based on forms, the Middle East and Africa market for Calrose rice can be segmented into raw and parboiled. The major regional markets are Saudi Arabia, United Arab Emirates, Nigeria, South Africa, Egypt, and Iran, among others. The key players in the above industry include The Sun Valley Rice Company, LLC, Pacific International Rice Mills, Sunwest Foods Inc., Farmers’ Rice Cooperative, and Coztrix., among others.