Europe Natural Sweeteners Market to be Aided by the Expected Growth in the Global Stevia Market at a CAGR of 8.4% in the Forecast Period of 2021-2026.

The Europe natural sweeteners market is being driven by the growing stevia industry. Stevia is a plant-based natural sweetener derived from a plant known as stevia rebaudiana. The global demand for stevia extract was around 3.5 thousand metric tons in 2018. In 2020, the global value of stevia production reached around USD 520.32 million. The stevia industry is expected to witness a healthy growth in the forecast period of 2023-2028, growing at a CAGR of 8.4% globally. The market is further estimated to attain a value of nearly USD 844.20 million by 2026. 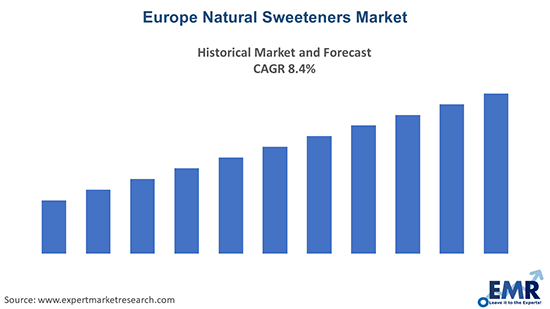 Europe is a leader in the stevia market after the Asia Pacific. The two regions, together account for more than three-fifth of the total global market share. Stevia extracts were approved for use in the European Union in November 2011, and since then there has been a rapid increase in the production of items containing stevia, particularly in food and beverage sector in Europe. France holds a strong position in the European stevia market for the country approved the use of stevia sweeteners, particularly the Reb A strain, from 2009 onwards. In Europe, several big brands like Coca-Cola have started reformulating existing products and manufacturing new ones upon seeing an increasing demand for stevia among consumers.

Europe is dependent on imports from other countries to meet the growing stevia demand in the natural sweeteners industry as stevia leaves are not native to Europe. China, being the major producer of stevia, serves as the leading stevia supplier to Europe. The countries like Germany and France, with the biggest food industries, are the major consumers of natural sweeteners and, thus, emerge as a major destination for stevia exportation in Europe.

Sweeteners can be natural or artificial based on the way it is produced. They are added to the food products to increase their palatability or sweetness and sometimes, to increase their shelf-life. Natural sweeteners can be obtained from plants or some other natural source like beehives unlike artificial sweeteners, which are manufactured using chemicals. The natural sweeteners products produced in the region can be categorised as follows: 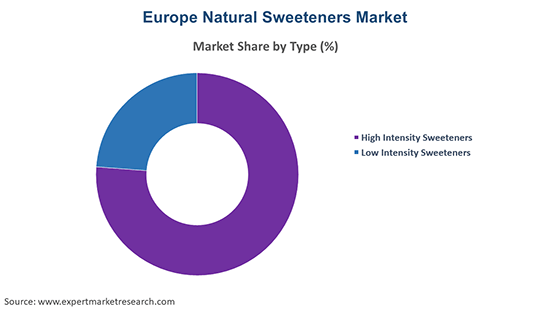 The report provided by EMR also analyses the major regional markets in the natural sweeteners industry in Europe like Germany, France, the United Kingdom, Italy, and the Netherlands, among others. 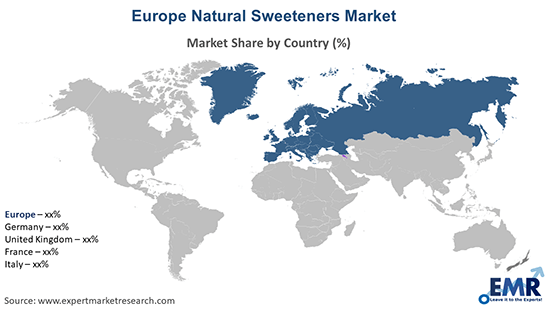 In the historical period, after the approval of stevia in the European Union, the natural sweeteners industry in Europe witnessed a healthy growth. Now, with the increasing health consciousness among consumers and the rise in demand for low-calorie products, the industry has seen a further growth.

The increasing rates of obesity and type 2 diabetes has fuelled the demand for low-sugar or sugar-free sweeteners in the region. In the food and beverage sector, the demand for sports and energy drinks has increased, further influencing the companies to manufacture it using the zero-calorie sweetener, like stevia. Also, the use of organic products is on the rise, thus, driving the industry further. The companies like Coca-Cola reformulated existing products like Sprite, catering to the demand of consumers to produce stevia-based products. Also, with the success of stevia in France the company launched several new products like Coca-Cola Life, Goba cola, and Activia Fat Free, which are stevia based, thus, aiding the Europe natural sweeteners market.

Moreover, the increase in the demand for natural sweeteners in the pharmaceutical sector is emerging as a key factor, further propelling the industry forward. Natural sweeteners are used to manufacture toothpastes and health supplements. Also, its use in the production of cosmetics has increased, which will enhance the industry growth in the coming years.

The EMR report gives a detailed analysis of the following key players in the Europe natural sweeteners market, covering their competitive landscape and recent developments like mergers and acquisitions, investments, capacity expansion, and plant turnarounds:

The report provides an in-depth analysis of the industry based on SWOT and Porter’s five forces analysis.

What was the Europe natural sweeteners market size in 2020?

The Europe natural sweeteners market is aided by the growth of the growing stevia industry in Europe, which attained a production value of nearly USD 520.32 million.

The Europe natural sweeteners market is expected to witness a healthy growth in the forecast period of 2023-2028 supported by the growth of the global stevia market, which is expected to grow at CAGR of 8.4% in the projected period.

The major drivers of the industry such as rising disposable incomes, increasing population, increasing awareness and health consciousness, and rising demand for sugar-substitutes with low-calorie content are expected to aid the market growth.

What are the key industry trends of the Europe natural sweeteners market?

The growing shift toward organic food products is a major trend influencing the market growth positively.

What are the major regions of natural sweeteners according to the market report?

The major regions in the market are Germany, France, United Kingdom, Italy, Netherlands and others.

What are the leading product types of natural sweeteners in the industry?

The major product types in the market are stevia, maple syrup, honey, molasses, and coconut sugar, among others.

What are the significant types of the product in the industry?

The food and beverages segment is the leading application segment in the market.

What are the leading distribution channels of natural sweeteners?

The significant distribution channels of the product are hypermarkets/supermarkets, convenience stores, special stores, and online retailers, among others.

The major players in the industry are Tereos Starch and Sweeteners, Cargill, Incorporated, Ingredion Inc., Tate & Lyle, PureCircle, and others.

The Europe natural sweeteners market is being driven by the increasing demand of stevia, a plant-based natural sweetener. The global stevia market attained a value of USD 520.32 million in 2020 driven by the rising health consciousness. Aided by the growing demand for low calorie and organic foods, the market is expected to witness a further growth in the forecast period of 2023-2028, growing at a CAGR of 8.4%. The global stevia market is projected to reach USD 844.20 million by 2026.

EMR’s meticulous research methodology delves deep into the market, covering the macro and micro aspects of the industry. Based on its product types, the Europe natural sweeteners market can be segmented into stevia, maple syrup, honey, molasses, and coconut sugar, among others, with stevia accounting for the largest market share in the industry. By type, the industry is bifurcated into low intensity sweeteners and high intensity sweeteners. Based on distribution channels, the industry is divided into hypermarkets/supermarkets, convenience stores, special stores, and online retailers, among others. On the basis of application, the food and beverage sectors are the leading sectors in the industry. The major regional markets for the industry are Germany, France, United Kingdom, Italy, Netherlands and others. The key players in the above industry include Tereos Starch and Sweeteners, Cargill, Incorporated, Ingredion Inc., Tate & Lyle, and PureCircle, among others.