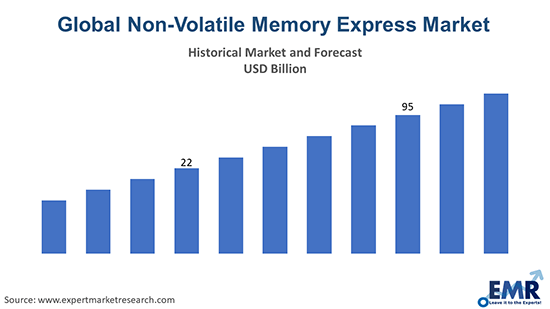 The global non-volatile memory express industry is being driven by the growing digitalisation and the increased need to manage and store data efficiently. NVMe facilitates quick and efficient access to SSDs (solid-state drive/storage device) and, thus, has become the preferred interface for storage among enterprises. 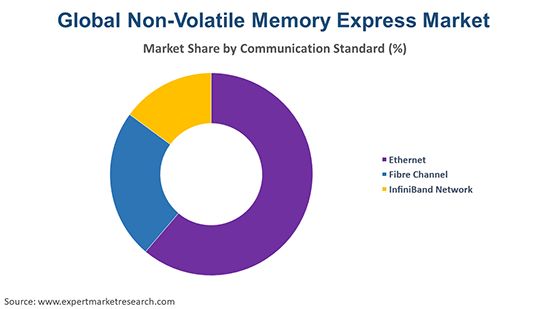 The global non-volatile memory express market can be divided based on segments like components, communication standards, OS, applications, and regions.

The EMR report looks into the regional non-volatile memory express markets like North America, Latin America, Europe, the Middle East and Africa, and the Asia Pacific. 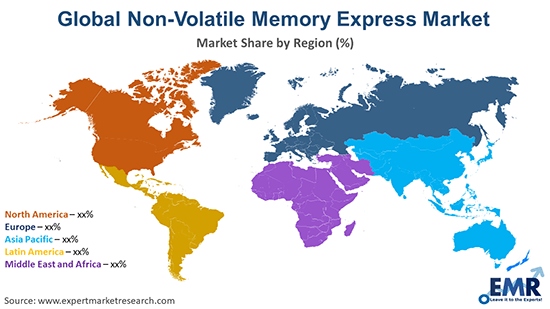 The growing demand to facilitate high-speed data transmission, consistent modifications in the specifications, and the growing digitalisation in enterprises has resulted in the increased demand for non-volatile memory express, thus, aiding the growth of the industry. The increased adoption of cloud-hosting services is influencing manufacturers to further develop this technology to enhance data transmission, which is likely to aid the industry over the forecast period. The deployment of NVMe from niche to mainstream business has increased in the past few years, which is expected to boost the industry growth in the future.

The Asia Pacific is expected to witness the fastest growth rate over the forecast period due to the growing need for enterprises to optimise their business processes with rapid industrialisation in the region. Within the Asia Pacific, China and India have witnessed a massive growth in the number of smartphone users, which will aid the industry growth in the region over the forecast period.

The report presents a detailed analysis of the following key players in the global non-volatile memory express market, looking into their capacity, market shares, and latest developments like capacity expansions, plant turnarounds, and mergers and acquisitions:

The EMR report gives an in-depth insight into the market by providing a SWOT analysis as well as an analysis of Porter's Five Forces model.

What was the global non-volatile memory express (NVMe) market size in 2020?

The increasing product demand across various industries, rising usage of cloud-hosting services, heightened demand for high-speed data transmission, and the increased adoption of NVMe across mainstream businesses are driving the market.

What are the key industry trends of the global non-volatile memory express market?

The key industry trends driving the market are the rapid digitisation and the increased demand for efficient data storage solutions.

What are the major regional markets of non-volatile memory express (NVMe), according to the EMR report?

What are the significant components of the product?

The significant components include hardware and software.

What are the significant market divisions, based on communication standard, considered within the market report?

The significant divisions, based on communication standard, include ethernet, fibre channel, and InfiniBand network.

What are the major segments considered within the market report, on the basis of OS?

The major players in the industry are Samsung Electronics Co., Ltd., Western Digital Corporation, Intel Corporation, Broadcom Inc., and others.

The global non-volatile memory express (NVMe) market attained a value of USD 24.5 billion in 2020, driven by the expanding digitisation Aided by the growing technological advancements, the market is expected to witness a further growth in the forecast period of 2023-2028, growing at a CAGR of 26%.

EMR’s meticulous research methodology delves deep into the market, covering the macro and micro aspects of the industry. Based on component, the global non-volatile memory express industry can be segmented into hardware and software. By communication standard, the market can be segregated into ethernet, fibre channel, and InfiniBand network. Based on OS, the industry is divided into Chrome OS, DragonFly BSD, Free BSD, Haiku, Illumos, iOS, Linux, Windows, Open BSD, and others. On the basis of application, the various classifications include OLTP, OLAP, cloud services, caching, primary storage, data virtualisation, and others. The major regional markets for non-volatile memory express are North America, Latin America, Europe, the Middle East and Africa, and the Asia Pacific. The key players in the above market include Samsung Electronics Co., Ltd., Western Digital Corporation, Intel Corporation, Broadcom Inc., and others.