North America Saccharin Market to be Aided by the Expected Growth in the Artificial HIS Market at a CAGR of 3.5% between 2021-2026

The North America saccharin market was aided by the growing market for artificial high-intensity sweetener (HIS) which attained nearly USD 1.86 billion in 2020. Between 2022 to 2027, the artificial HIS industry is expected to grow further with a CAGR of 3.5%. 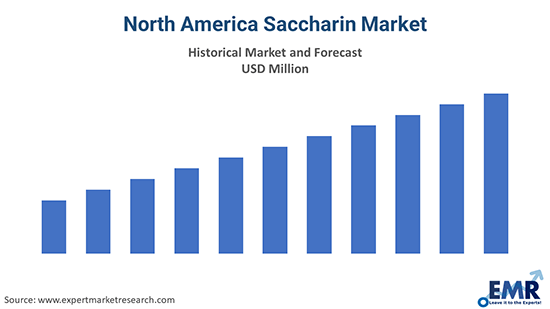 High-intensity sweeteners dominate the sugar substitute industry. Globally, saccharin is the leading artificial sweetener after aspartame and sucralose. Currently, it occupies over 10% of the global artificial sweeteners market. The global demand for the low-calorie sweetener is being driven by its growing use in the thriving beverage industry. In 2017, the global beverage market attained a value of USD 5 billion and is projected to grow further in the coming years.

North America dominates the sugar substitute industry by volume. Saccharin is in high demand in North America due to an expansive food processing industry, growing obesity, and rising cases of diabetes. The United States is a significant market in the global saccharin market and is its largest importer. Saccharin is commonly added to diet sodas in the US. While the US is a leading market for saccharin and sugar substitute, in the coming years Canada and Mexico are expected to witness a faster growth.

Saccharin is an artificial sweetener which is an organic petroleum-based compound first discovered by Constantin Fahlberg in 1878. It is non-nutritive, contains no calories, and is relatively cheaper than sugar. Thus, it finds widespread application in the food and beverage sector in products such as cookies, soft drinks, and candies. Saccharin can be categorised as: 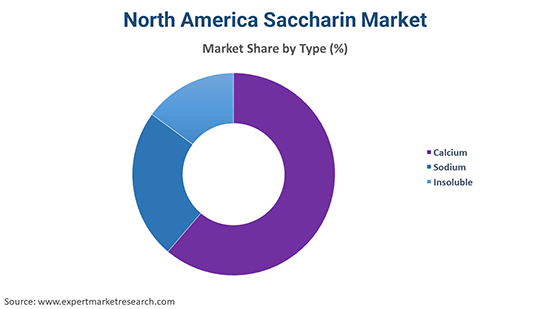 Along with the food and beverage sector, saccharin also finds widespread use in table top sweetener, personal care, and pharmaceutical industries, among others. 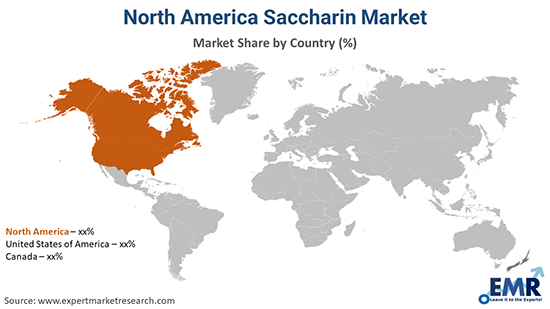 Globally, the saccharin industry will be aided by the growing health consciousness, rising disposable incomes, and an increasing consumption of convenient foods. With the rise in the population of overweight and obese people, consumers are increasingly seeking low-calorie sugar substitutes, driving the industry growth for the sweetener. Saccharin is finding widespread use in households and restaurants as low-calorie sweeteners for beverages such as tea and coffee. It is finding extensive application in the beverage industry, especially in carbonated drinks. It is also finding expanding applications in food and beverages segments like confectionary and bakery, thus, propelling the saccharin market further. The artificial sweetener is also witnessing a growing demand from the personal care industry. It is used in lip balms and lipsticks as flavouring agents as well as a fragrance ingredient in other personal care items.  They also find application in oral care products like toothpastes.

The North America saccharin market is being driven by a rising demand for low-calorie sweeteners on the continent. The sugar substitute, and, as a result, the saccharin market in the region is being driven by the growing health concerns and rising cases of obesity. In 2017, almost 40% of the population in the US was suffering from obesity. Thus, saccharin finds a majority of its application in the US in beverages, especially carbonated soft drinks. However, the demand for soft drinks have been declining in the US in recent years, but it is offset by a growing demand from overseas market like Mexico, leading to an increase in the exports of carbonated drinks. Personal care is also a significant application sector for the low-calorie sweetener in North America. The continent occupies a significant proportion of the global cosmetics market. With the projected rise in the population of the high-income class in the region, the cosmetics industry is expected to see a healthy growth, and thus, further driving the saccharin industry growth in the region.

The report analyses the following key players in the North America saccharin market and the rest of the world, looking into their market share, and latest developments like mergers and acquisitions, capacity expansions, and plant turnarounds:

The EMR report analyses the North America saccharin market by providing a SWOT analysis as well as an analysis of Porter’s Five Forces.

What was the North America saccharin market size in 2020?

The North America saccharin market was supported by the rising market for artificial high-intensity sweetener (HIS), which reached a value of nearly USD 1.86 billion in 2020.

The major drivers of the industry include rising demand for low-calorie sweetener, increasing population, rising food and beverage industry, and the increasing consumption of convenient foods.

What are the key industry trends of the North America saccharin market?

The industry is expected to grow in the region due to an expansive food processing industry, growing obesity, and the rising cases of diabetes.

What are the major regional markets of saccharin in North America, according to the market report?

The United States is the leading region in the saccharin market in North America.

What are the significant types of saccharin in the industry?

The significant types of saccharin in the industry are calcium, sodium, and insoluble.

The leading application segments in the market are food and beverages, table-top sweetener, personal care, and pharmaceutical, among others.

The North America saccharin market was aided by the growing market for artificial high-intensity sweetener (HIS), which attained nearly USD 1.86 billion in 2020. Aided by the thriving low-calorie sweetener industry, the artificial HIS industry is expected to grow at a CAGR of 3.5% between 2022 and 2027.

EMR’s meticulous research methodology delves deep into the industry, covering the macro and micro aspects of the industry. Based on types, the market is segmented into calcium, sodium, and insoluble. On the basis of application, the market is divided into food and beverages, table-top sweetener, personal care, and pharmaceutical, among others. The major regional markets for saccharin in North America are the United States and Canada, with the United States accounting for the largest share of the market. The key players in the above industry include PMC Specialties Group, Inc, JMC Corporation, HENAN KAIFENG PINGMEI SHENMA XINGHUA FINE CHEMICAL CO., LTD., Merck KGaA, Others.