The North America sorbitol market attained a production volume of 0.45 million metric tons in 2020. The regional market accounts for nearly a fifth of the global market for sorbitol, and its growth is expected to drive the global market in the future. 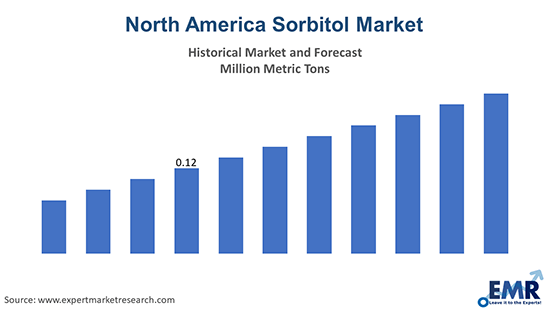 In North America, the US is the leading sorbitol market and is the second largest producer of sorbitol in the world after China. The polyol is currently derived entirely from corn in the US. Thus, the sorbitol market in the country is highly dependent on the climate of its corn production. The US is a leading corn producer globally and represents nearly 36% of the global corn output. In the period of 2017-2018, the country produced 371 million metric tons of corn. Although, globally, the feedstock used in the production of sorbitol is dependent on the regional availability of specific feedstock like corn, wheat or cassava, overall, corn remains a leading feedstock. Almost 1,045 million metric tons of corn was produced in the world between 2017 to 2018. The output is expected to witness a healthy growth in the coming years, providing an impetus to the global market growth of sorbitol.

Globally, sorbitol finds the majority of its end-uses in toothpastes, and foods and beverages. It is also extensively used in the manufacture of Vitamin C. The toothpaste end-use segment is expected to witness a healthy growth in the forecast period, especially in the emerging economies. The sorbitol industry is projected to be driven by its growing use as a sugar-substitute due to the rising awareness about sugar-related health complications like obesity and type-2 diabetes. Almost 13% of the global population was obese in 2016, according to the WHO, while type-2 diabetes has seen a significant increase in the last three decades.

Sorbitol is a polyol or a sugar alcohol like xylitol and mannitol. In nature, it is found in fruits like apples and peaches, and plants like seaweed and corn, among other substances. It can also be manufactured artificially through the hydrogenation of D-glucose to form D-sorbitol. The polyol is found either as a liquid or as a powder. It is widely used in the following sectors: 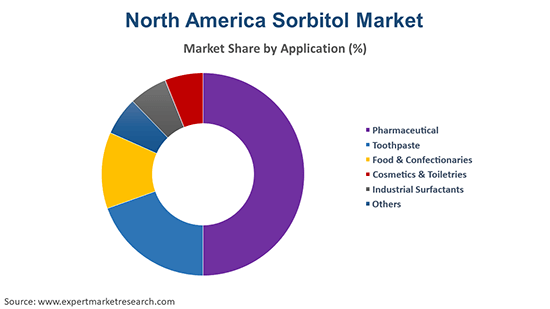 It is commonly derived from corn, cassava, and wheat. The EMR report gives an analysis of these sorbitol feedstock as well as looking into the regional markets in North America like US and Canada. 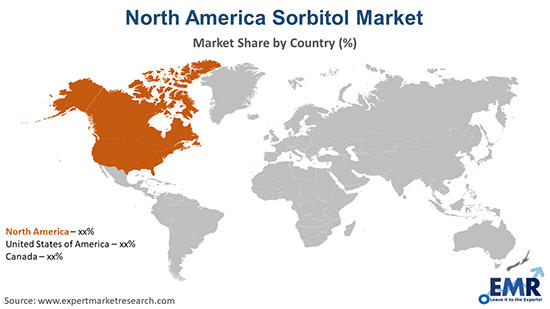 The North America sorbitol market is being driven by its steadily growing food and beverage industry with the consumers looking for products with less sugar or no sugar. In 2017, nearly 37.7% of the US population was deemed to be obese. To curb the rise of obesity among its population, the government is seeking to discourage consumers from products with high sugar content. Policies like the sugary beverage tax or soda tax in major cities in the US is also providing further impetus to the sorbitol market growth as the polyol is extensively used in diet sodas and sugar-free juices. The rise in the economy and the expected increase in the high-income class population in the region is also propelling the sorbitol market forward.

Sorbitol is used as a sweetener, humectant, stabiliser, emulsifier and softener in home and personal care products. The projected steady growth of the oral care segment in the region is expected to add to the industry growth of the polyol with it being used extensively in toothpastes as a sweetener. It is also used in toothpastes to keep them from drying out. North America is a leading cosmetics market globally, and the industry is also projected to grow in the forecast period, driving the sorbitol industry further. The rising demand for premium and organic cosmetics products from consumers with higher disposable incomes is aiding the market. The expected growth in the overall polyol industry will also drive the North America sorbitol market due to their expanding use in the personal care and pharmaceutical sectors in the US.

Globally, the US is a leading producer as well as a leading consumer of sorbitol. The country also exports its surplus production, making it a significant exporter of the polyol along with countries like China, India, Germany, and Indonesia. The industry is highly concentrated in the country with the three largest manufacturers producing over 90% of the total sorbitol output.

The report gives a detailed analysis of the following key players in the North America sorbitol market, looking into their capacity, market share, and latest developments like mergers and acquisitions, plant turnarounds, and capacity expansions:

The EMR report provides an insight into the market by giving an overview of the manufacturing process as well as a value chain analysis. An analysis of Porter’s Five Forces has also been given along with a SWOT analysis of the market.

What was the North America sorbitol market size in 2020?

The major drivers of the market include the government policies, rise in the economy, increase in the high-income class population, growth of the oral care segment, rising demand for premium and organic cosmetics products, higher disposable incomes, and rising awareness about sugar-related health complications like obesity and type-2 diabetes.

What are the key industry trends of the North America sorbitol market?

The growing food and beverage industry and increasing consumers’ preference for products with less sugar or no sugar are the key industry trends propelling the market's growth.

What are the major regional markets of sorbitol, according to the EMR report?

The major regions in the industry are United States of America and Canada.

What are the types in the market?

Liquid sorbitol and powder sorbitol are the types of sorbitol in the market.

The major applications in the market are pharmaceuticals, toothpaste, food and confectionaries, cosmetics and toiletries, and industrial surfactants, among others.

The North America sorbitol market produced nearly 0.45 million metric tons in 2020, driven by the increasing consumers’ preference for products with less sugar or no sugar. Aided by the rising awareness about sugar-related health complications like obesity and type-2 diabetes, the market is expected to witness further growth in the forecast period of 2022-2027.

EMR's meticulous research methodology delves deep into the market, covering the macro and micro aspects of the industry. Liquid sorbitol and powder sorbitol are the types of sorbitol in the market. The major applications in the market are pharmaceuticals, toothpaste, food and confectionaries, cosmetics and toiletries, and industrial surfactants, among others. The major regional markets for sorbitol market are United States of America and Canada. The major players in the industry are Roquette Frères SA, Cargill Inc.,  Ingredion Inc.,  Archer Daniels Midland Company, and Tereos Participations SAS, among others.