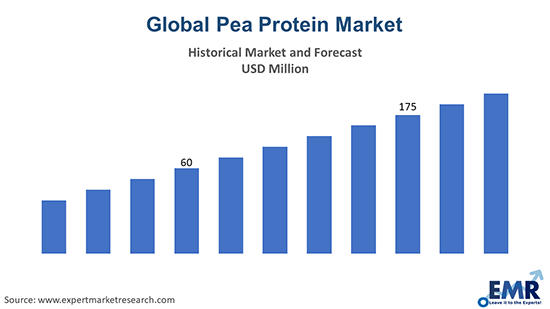 While soy dominates the plant-based protein market, pea protein is projected to witness the fastest growth in the coming years. Between 2013 to 2016, the number of new products containing pea protein as a significant ingredient saw an increase of almost 195%. North America and Europe are the leading markets for pea protein ingredients.

Pea protein is witnessing a rising demand in the United States, especially from the beverage segment. After soy protein, pea protein accounted for the largest segment in the plant-based protein beverage launches in the United States between 2013-2017. The industry in North America is being aided by the robust production of peas in Canada. The country accounts for nearly 30% of the global peas production and is also a major exporter of peas, globally.

Pea protein refers to the protein extracted from yellow peas and finds applications as a dairy and meat alternative. It is usually consumed as a substitute for whey protein and has properties similar to casein due to its legumin content. According to types, they can be divided into isolate, concentrate, and textured types. By form, they can be bifurcated into dry and wet. Textured pea protein is widely used in meat alternatives and snack bars. The common application sectors for pea protein are: 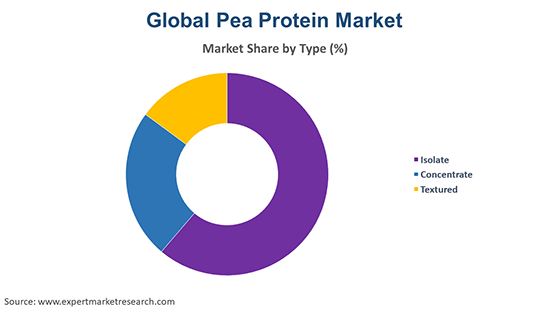 The report also gives an overview of the major regional markets like North America, Latin America, Europe, the Middle East and Africa, and the Asia Pacific. 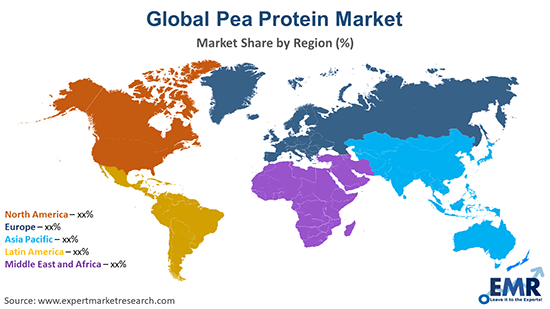 The global pea protein market is finding impetus in the rising demand for meat alternatives proteins as people are giving up meat for health, environmental, and animal-rights reasons. The increasing population of people adopting vegan or vegetarian diets is also aiding the market. While veganism is still considered a niche interest, it is expected to witness a healthy growth in the coming years. Major players in the food and beverage industry are also introducing plant-based or vegan alternatives to traditional products, further aiding the global pea protein market. The industry is also being driven by the growing urban population, along with the rising interest among the younger consumers.

The various health benefits of pea protein are acting as a catalyst for the industry growth. It helps improve blood circulation and calcium absorption, along with regulating the blood sugar. It is finding increasing use in the sports nutrition sector as it is a low-calorie protein option, which aids in muscle growth and contributes to weight management. As it is gluten and lactose-free, it is also witnessing a rising demand from consumers who are allergic or sensitive to dairy, eggs, and other products containing gluten. The market is also being driven by consumers switching from soy to pea protein as they are non-GMO products. The rising innovations taking place in the industry is also aiding its growth.

January 2017- Roquette, a leading food ingredients producer, announced its plans to open a new protein production plant in Portage la Prairie, Manitoba, Canada to meet the rising demand for plant proteins in North America as well as rest of the world.

September 2018- Roquette announced its acquisition of a plant from Texpall B.V. in the Netherlands, which specialises in the extrusion of plant-based proteins, and will help the French company expand its line of premium textured plant-based ingredients like its textured pea proteins to the meet the rising demand for meat alternatives, globally.

The report gives a detailed analysis of the following key players in the global pea protein market, covering their market share, capacity, and latest developments like mergers, acquisitions, and investments, plant turnarounds, and expansions of capacity:

The comprehensive report by EMR gives an in-depth look into the market, looking into the manufacturing process as well as the costs involved. It provides a value chain analysis and assesses the market based on Porter’s Five Forces model. A SWOT analysis has also been provided.

What was the global pea protein market size in 2020?

In 2020, the global pea protein market attained a value of nearly USD 62 million.

What are the key industry trends of the global pea protein market?

The key market trend guiding the growth of the market include the rising demand for meat alternatives proteins.

What are the major regional markets of pea protein, according to the market report?

What are the leading types of pea protein in the market?

Isolate, concentrate, and textured are the leading types of pea protein in the market.

What are the significant forms of the product in the industry?

Dry and wet are the significant forms of the product in the industry.

What are the major application segments of pea protein in the market?

Functional food, beverages, sports nutrition, pharmaceuticals, meat additives, and bakery and confectionery, among others, are the major application segments of pea protein in the market.

The global pea protein market attained a value of USD 62 million in 2020, driven by the rising demand for plant-based protein. Aided by the rising demand from the developing regions, the market is expected to witness a further growth in the forecast period of 2023-2028, growing at a CAGR of 19.2%. The pea protein market is projected to reach USD 177.8 million by 2026.

EMR’s meticulous research methodology delves deep into the market, covering the macro and micro aspects of the industry. Based on type, the market can be segmented into isolate, concentrate, and textured. On the basis of form, the industry is bifurcated into dry and wet. By application, the market is divided into functional food, beverages, sports nutrition, pharmaceuticals, meat additives, bakery and confectionery, and others. The major regional markets for pea proteins are North America, Europe, the Asia Pacific, Latin America, and the Middle East and Africa. The key players in the above market include Roquette Frères S.A, Burcon NutraScience Corporation, Axiom Foods Inc, Farbest-Tallman Foods Corporation, Cosucra Groupe Warcoing SA, and Shandong Jianyuan Group, among others.