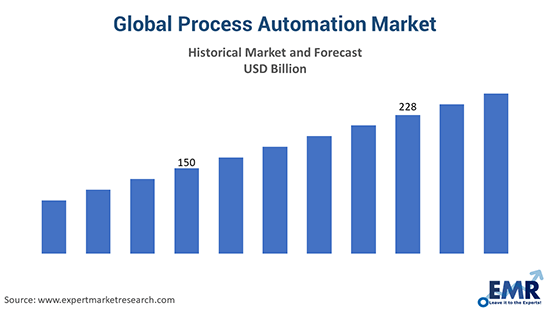 The market is driven by robust technological change and the increasing emphasis on productivity. The market has North America and Europe as high maturity regions and the Asia Pacific as a medium maturity region. Europe, based on potential growth, is the dominating market, accounting for nearly 35% of the total process automation market share in 2020. The market in Europe is driven by the growth of the market in Germany, the United Kingdom, and France, with Germany as a leading exporter of process automation in the region. 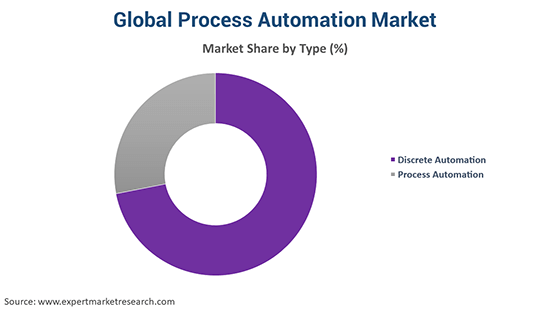 Process automation are the applications, including measurement, control, electrification, and other applications, used in processes with the aim of continuous production. The market is divided based on application into: 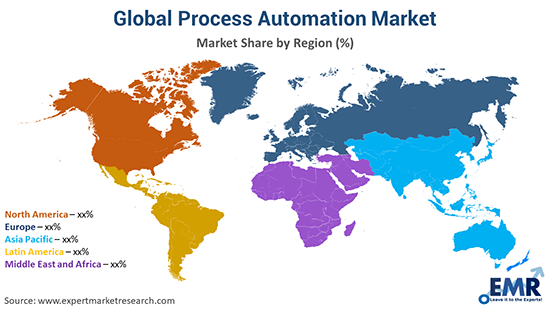 Strong demand for productivity via automation and the development of advanced technologies in the forecast period is expected to drive the market in the next five years. The process automation market is driven by operational efficiency, robust growth of SMEs, preference towards the Internet of Things (IoT) and cloud-based automation, and rising demand for smart factories. Mass customization, supply chain synchronization, systems integration, rising R&D and innovation in artificial intelligence, and advancement in the M2M communication technology are the major growth drivers of the market.

With technological advancements taking place, the prominent players are concentrating on the integration of their products with advanced technologies, providing impetus to the market growth. The key players are strategizing on developing products with functional transformation and commercial excellence to be competitive in the field and cater to customers' demands, thus, aiding the market for process automation.

Key Players in the Global Market for Process Automation

The report gives a detailed analysis of the following key players in the global process automation market, covering their competitive landscape, capacity, and latest developments like mergers, acquisitions, and investments, expansions of capacity, and plant turnarounds:

The comprehensive EMR report provides an in-depth assessment of the market based on Porter's five forces model, along with giving a SWOT analysis.

EMR’s meticulous research methodology delves deep into the industry, covering the macro and micro aspects of the industry. Based on application, the global process automation industry can be segmented into oil and gas, chemicals, mining, general industries, consumer goods, pharma and biotech, and power, among others, with oil and gas leading the applications sector, accounting for nearly 25% of the total application of the process automation. North America, Latin America, Europe, the Middle East and Africa, Europe, and the Asia Pacific are the major regions for the market, with Europe leading the overall global market. The key players in the above industry are ABB Ltd., Emerson Electric Co., Honeywell International, Inc., Siemens AG, Rockwell Automation, Inc., and General Electric Company, among others.

The major drivers of the industry such as rising disposable incomes, increasing population, rising urbanisation, rising automation, growing innovations, and increasing preference for Internet of Things and cloud-based automation are driving the growth of the industry globally. EMR’s research methodology uses a combination of cutting-edge analytical tools and the expertise of their highly accomplished team, thus, providing their customers with industry insights that are accurate, actionable, and help them remain ahead of their competition.