The global sodium metabisulphite market is expected to grow at a CAGR of 4.6% in the forecast period of 2022-2027. 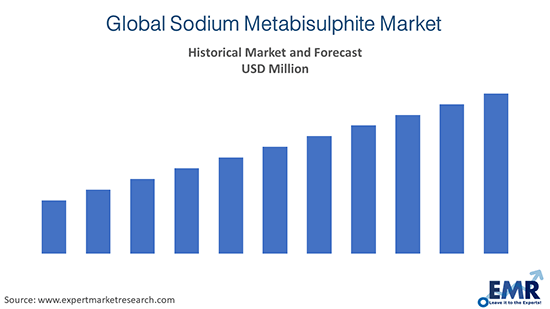 Asia Pacific and North America are expected to be the potential markets for sodium metabisulphite manufacturers. Rapidly growing food industry including increasing population has boosted the expansion of sodium metabisulphite market within the regions. Asia Pacific region led by China, India, and South Korea may be a key contributor with a big market size. These nations witness growing demand for designer leather apparels, footwear, bags, and accessories concerning rising per capita incomes. Government initiatives to ban poly bags and introduce paper-based products will likely propel market growth within the region. Recovery in industrialized nations and growth within the emerging markets of India, China, Indonesia, Vietnam, and Thailand will eventually gain investments in chemical and pharma, textile and leather, industries.

North America is additionally major marketplace for sodium bisulphite due to the rise in demand for packaged food and beverage products. Europe sodium metabisulphite market led by Italy, United Kingdom, Germany, and various other countries will witness gains in the industry. This region has huge leather processing industry which not only manufacture but also exports differing types of leather from livestock including calves, goat, and sheep that caters to many end-use markets. 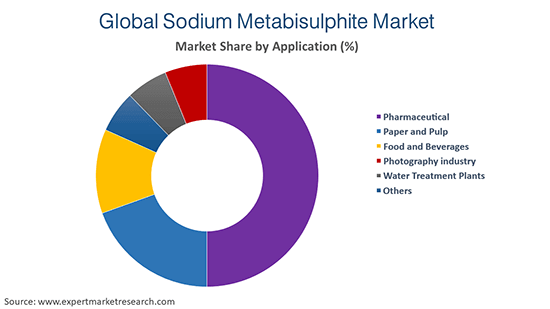 Sodium metabisulphite on the basis of grade, can be divided into:

On the basis of application, sodium metabisulphite can be segmented into:

The regional markets for white oil can be divided into North America, Europe, the Asia Pacific, Latin America, and the Middle East and Africa. 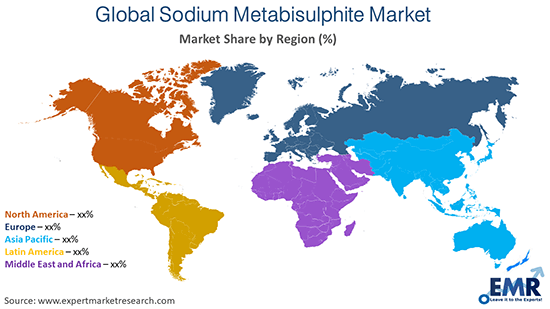 Food and Beverage Industry to Boost the Global Sodium Market

Sodium metabisulphite is employed in commercial wines to stop oxidation and preserve flavour, which is probably going to realize traction with increase in new brewery firms. With the rise in furniture and decor demand, the marketplace for sodium metabisulphite is predicted to realize significant demand due to its excellent bleaching properties. Rapid industrial expansion is predicted to drive its market. The surging demand in leather and textile industry from the varied countries where the merchandise acts as an auxiliary in bleaching and decalcification process as results of accessibility to premium staple , economic process , technological advancements and growing number of market players will stimulate sodium metabisulphite market growth.

The report gives a detailed analysis of the following key players in the sodium metabisulphite market, covering their competitive landscape, capacity, and latest developments like mergers, acquisitions, and investments, expansions of capacity, and plant turnarounds:

What is the growth rate of the sodium metabisulphite market?

Technological advancements and growing number of market players are expected to be a key trend guiding the growth of the industry.

What are the major regional markets of sodium metabisulphite, according to the EMR report?

What are the different grades of sodium metabisulphite?

The types of sodium metabisulphite available are food grade, photo grade, and non-food grade, amongst others.

What are the different applications of sodium metabisulphite?

Sodium metabisulphite finds applications as pharmaceutical, paper and pulp, food and beverages, photography industry, and water treatment plants, amongst others.

The leading players in this market are BASF SE, Qingdao Tianya Chemical Co., Ltd, Aditya Birla Chemicals, and INEOS AG, amongst others.

The global sodium metabisulphite market was driven by rapidly growing food industry, government initiatives to ban poly bags and introduce paper-based products and increasing population. Aided by technological advancements and growing number of market players, the market is expected to witness a further growth in the forecast period of 2022-2027, growing at a CAGR of 4.6%.

EMR’s meticulous research methodology delves deep into the industry, covering the macro and micro aspects of the industry. Based on the type, the sodium metabisulphite market can be segmented into food grade, photo grade, and non-food grade, amongst others. By application, the industry can be divided into pharmaceutical, paper and pulp, food and beverages, photography industry, and water treatment plants, amongst others. The major regional markets for sodium metabisulphite are North America, Europe, the Asia Pacific, Latin America, and the Middle East and Africa. The key players in the above industry include BASF SE, Qingdao Tianya Chemical Co., Ltd, Aditya Birla Chemicals, and INEOS AG, amongst others.