The global solar central inverters market is anticipated to witness a CAGR of 13.4% in the forecast period of 2022-2027. 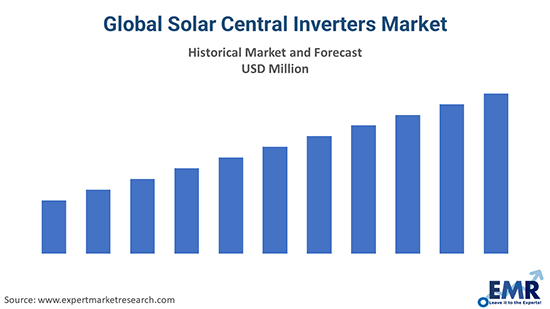 Renewable energy plays a crucial role in global change towards a more sustainable and less carbon-intensive setting. Significant worldwide implementation of clean energy technologies is due to the governments’ carbon emission reduction legislation, which is aiding the growth of the solar central inverters.

Using a solar inverter, the direct current (DC) electricity generated by solar panels is converted into a usable form of alternating current (AC) that can be used to supply the grid or run AC loads/appliances. The central inverter is a type of string inverter used in large-scale applications. 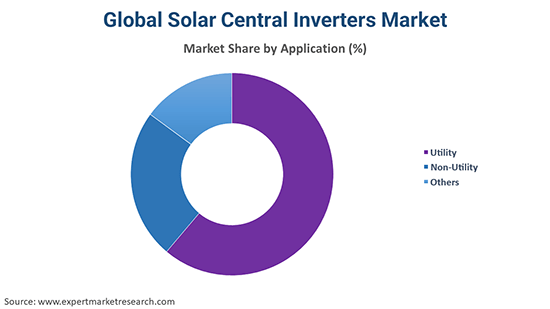 The solar central inverters market can be divided based on application into:

The EMR report looks into the regional solar central inverters markets like North America, Latin America, Europe, the Middle East and Africa, and the Asia Pacific. 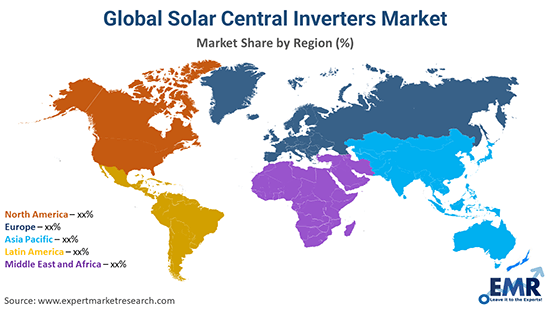 Due to the increasing adoption of clean energy technologies, investments are increasing in the solar central inverters market. Solar PV investment rose in 2017, according to IEA, as the share of deployment continued to expand in previously low-cost nations such as China and India. The usage of renewable energy sources has been rapidly growing with the increasing public assistance and investments. It is therefore anticipated that the increasing investments in renewable energy will drive the development of the global solar central inverters industry. Environmental pollution has induced respiratory diseases across nations, and conventional electricity sources are accessible at a high price. Thus, the need for clean energy sources such as solar power is being driven by the need to overcome these difficulties. The clean energy demand will be one of the leading market trends for solar central inverters that will drive the market growth in the forecast period.

The report presents a detailed analysis of the following key players in the global solar central inverters market, looking into their capacity, market shares, and latest developments like capacity expansions, plant turnarounds, and mergers and acquisitions:

What are the key industry trends of the global solar central inverters market?

An increasing adoption of clean energy technologies and increasing public assistance and investments are the key industry trends propelling the market's growth.

What are the major regional markets of solar central inverters, according to the EMR report?

Solar central inverters find their major application in utility and non-utility, among others.

The global solar central inverters market was driven by the increasing adoption of clean energy technologies. Aided by rising environmental issues and increasing public assistance and investments, the market is expected to witness further growth in the forecast period of 2022-2027, growing at a CAGR of 13.4%.

EMR's meticulous research methodology delves deep into the market, covering the macro and micro aspects of the industry. Solar central inverters find their major application in utility and non-utility, among others. The major regional markets for solar central inverters market are North America, Europe, the Asia Pacific, Latin America, and the Middle East and Africa. The major players in the industry are ABB Ltd., Delta Electronics Inc., Ingeteam Corp. SA, SMA Solar Technology AG, and Sungrow Power Supply Co. Ltd., among others.