Sustained release coatings aids in the targeted-release dosage of drugs for a specific period of time. The major factors driving the industry growth are the growing number of patent terminations, the rising interest in microencapsulated items, and the increased expenditure in R&D exercises by major companies. 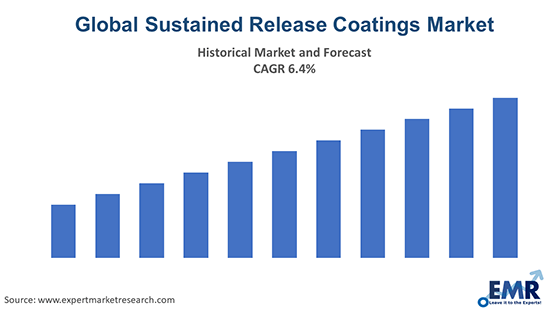 Sustained release coating, which is considered a controlled release profile, is a method which allows for tailored dosing of the active ingredient at a predetermined rate over an extended period of time (up to 24 hours) with minimum side effects. It maintains a constant drug concentration by ways such as the use of film coating, a sustained release matrix, or sustained release drug-loaded granules. 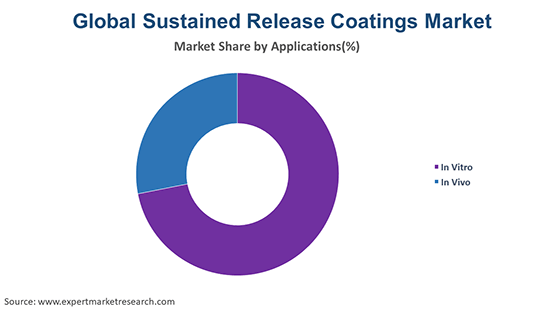 The global sustained release coatings market can be divided based on segments like polymer material types, applications, substrates, and regions.

The EMR report looks into the regional sustained release coatings markets like North America, Latin America, Europe, the Middle East and Africa, and the Asia Pacific. 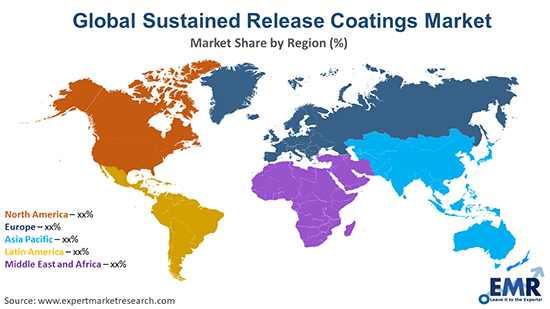 Ethyl and methyl cellulose, among other polymer material types, is anticipated to account for the largest share in the industry over the forecast period owing to advantages like its use as a moisture barrier and in sustained release applications. Further, the barcode technology, particularly 2D barcodes like data matrix and QR code, accounted for a major share in the market in 2020 owing to its increased adoption in medical devices industry due to its low cost and robust build.

Region-wise, while North America accounted for the largest share in the industry in 2020, the Asia Pacific is expected to witness the fastest growth rate over the forecast period owing to the rapid growth in the production of pharmaceutical drugs in countries like China and India, along with development in the R&D sector.

The report presents a detailed analysis of the following key players in the global sustained release coatings market, looking into their capacity, market shares, and latest developments like capacity expansions, plant turnarounds, and mergers and acquisitions:

The EMR report gives an in-depth insight into the market by providing a SWOT analysis as well as an analysis of Porter’s Five Forces model.

What was the global sustained release coatings market size in 2020?

The major drivers of the market include the growing number of patent terminations, rising R&D activities, rising demand from the emerging economies, and increasing use in in vitro application.

What are the key industry trends of the global sustained release coatings market?

The rising interest in microencapsulated items is the key industry trend propelling the growth of the market.

What are the major regional markets of sustained release coatings, according to the EMR report?

What are the leading polymer material types of sustained release coatings in the market?

The significant application segments in the industry are in vitro and in vivo.

What are the major substrates of sustained release coatings in the market?

The major substrates of sustained release coatings in the market are tablets, capsules, and pills.

The major players in the industry are BASF SE, Evonik Industries AG, Colorcon, and Coating Place Inc., among others.

The global sustained release coatings market attained a value of USD 475 million in 2020, driven by the growing number of patent terminations. Aided by the rising interest in microencapsulated items, the market is expected to witness a further growth in the forecast period of 2021-2026, growing at a CAGR of 6.4%. The market is projected to reach USD 689 million by 2026.

EMR’s meticulous research methodology delves deep into the market, covering the macro and micro aspects of the industry. Based on polymer material type, the industry can be divided into ethyl and methyl cellulose, polyvinyl and cellulose acetate, methacrylic acid, polyethylene glycol (PEG), and others. By application, the market is segmented into in vitro, and in vivo. On the basis of substrate, the industry can be classified into tablets, capsules, and pills. The major regional markets for sustained release coatings are North America, Europe, the Asia Pacific, Latin America, and the Middle East and Africa. The key players in the above market include BASF SE, Evonik Industries AG, Colorcon, Coating Place Inc., and others.

The global aerospace coatings market reached a value of USD 1.7 billion in 2020. The industry is further expected to grow at a CAGR of 5% in the forecast period of 2021-2026 to reach a value of around...
Read More