The global synthetic rutile market is being aided by the growth of the rutile market, which is expected to grow at a CAGR of 3.8% in the forecast period of 2023-2028. 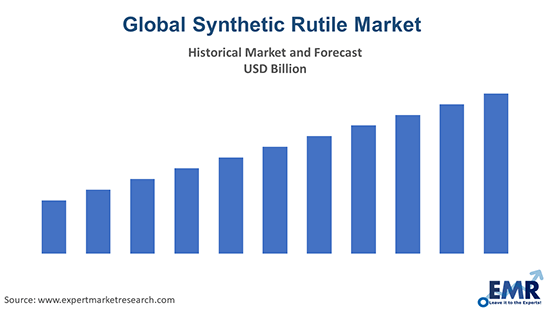 The Asia Pacific is expected to significantly contribute to the industry growth in the forecast period owing to the growing urbanisation and industrialisation across its emerging nations. China is among the major producers of titanium metal and titanium oxide, which is aiding the growth of the synthetic rutile industry within the region. Further, Australia and New Zealand are also the top producers of titanium metal and the expanding manufacturing sector in these regions will significantly contribute to the industry growth. Other significant markets for synthetic rutile include North America and Europe. 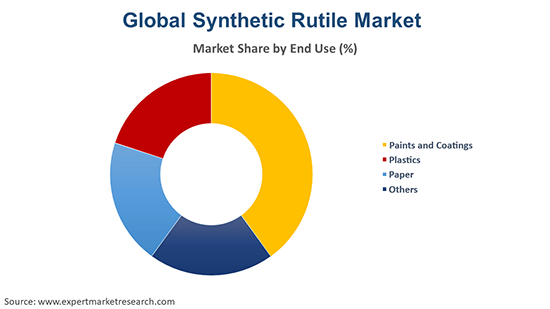 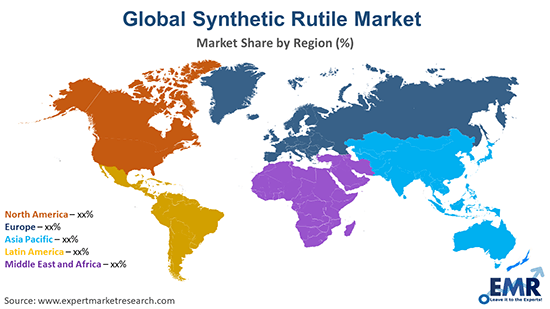 The expanding manufacturing sector across the world, supported by rapid industrialisation and urbanisation, is driving the growth of the market. The growing demand for synthetic rutile as a pigment in various industries like paper, plastic, and paint and coating is propelling the industry growth. The pigment manufacturers are increasingly adopting synthetic rutile over natural one as its production is regarded as more economical and ethical. Also, synthetic rutile has a high refractive index, which gives it an adamantine lustre and strong refraction that leads to a diamond-like appearance. In addition, as rutile is not very hard and scratch-resistant, it is seldom used in jewellery. Over the forecast period, the growing mergers and acquisitions by the key players and increasing production of titanium are expected to significantly boost the growth of the synthetic rutile industry.

The report gives a detailed analysis of the following key players in the global synthetic rutile market, covering their competitive landscape, capacity, and latest developments like mergers, acquisitions, and investments, expansions of capacity, and plant turnarounds:

What is the growth rate of the global synthetic rutile market?

The global synthetic rutile market is being aided by the growth of the rutile market, which is projected to grow at a CAGR of 3.8% between 2021 and 2026.

The major drivers of the industry, such as the rapid industrialisation and urbanisation, the rising demand from the developing regions, growth of the manufacturing sector, and technological advancements, are expected to aid the market growth.

What are the key industry trends of the global synthetic rutile market?

The key market trends guiding the growth of the industry include the growing investments by the key players in M&As and the increasing production of titanium.

What are the major regional markets of synthetic rutile, according to the EMR report?

The leading application segments in the market are titanium sponges and white pigment.

What are the significant end use sectors in the industry?

The significant end use sectors in the industry are paints and coatings, plastics, and paper, among others.

The major players in the industry are TOR Minerals International, Inc., Cochin Minerals and Rutile Limited, lluka Resources Limited, and The Kerala Minerals & Metals Ltd, among others.

The global synthetic rutile market is being driven by rapid industrialisation and the growing rutile industry. Aided by the rising production of rutile, the rutile market is expected to witness a moderate growth in the forecast period of 2023-2028, growing at a CAGR of 3.8%.

EMR’s meticulous research methodology delves deep into the market, covering the macro and micro aspects of the industry. Based on application, the market is bifurcated into titanium sponges and white pigment. By end use, the industry is divided into paints and coatings, plastics, and paper, among others. The major regional markets for synthetic rutile are North America, Europe, the Asia Pacific, Latin America, and the Middle East and Africa. The key players in the above market include TOR Minerals International, Inc., Cochin Minerals and Rutile Limited, lluka Resources Limited, and The Kerala Minerals & Metals Ltd, among others.