The global automotive wrap films market is being driven by the rising advertising sector and demand for car customisation. The market is further expected to grow at a CAGR of 21% in the forecast period of 2022-2027 to reach a value of approximately USD 11 billion by 2026.

Automotive wrap films are vinyl-based graphics that are added to the paint of a vehicle to enhance its appearance. Wrap films for cars are also used to shield the original paint from environmental hazards, including rust and dust. An automotive wrap film's average shelf life is estimated to be about five years, making it cost efficient. Since they are less costly, they are often used for ads rather than conventional forms of advertising. Continuous growth in the pre-owned car market has resulted in a rise in wrap film demand, as significant cracks, inappropriate paint, and other flaws can be covered with the use of wrap films. 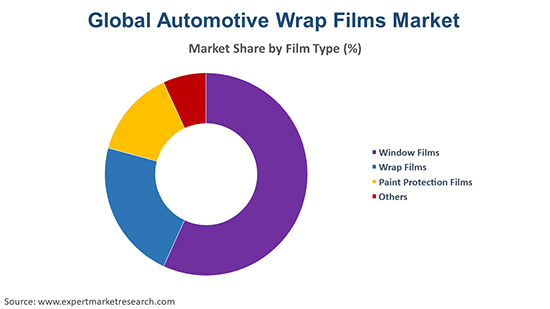 Based on film type,  the market is divided into:

On the basis of vehicle type, the market is segmented into: 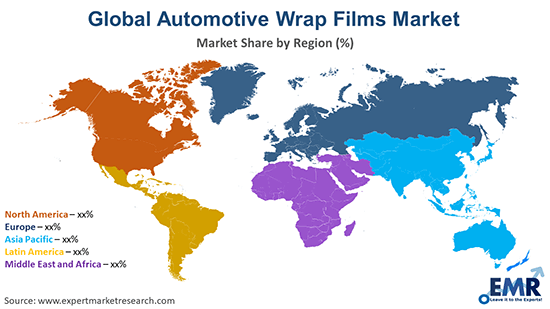 The report gives a detailed analysis of the following key players in the global automotive wrap films market, covering their competitive landscape, capacity, and latest developments like mergers, acquisitions, and investments, expansions of capacity, and plant turnarounds:

The major drivers of the industry include modernisation of consumer lifestyles, combined with increasing demand for car customisation, increasing disposable income and improving living standards.

What are the key industry trends of the global automotive wrap films market?

The rise in car racing events and the integration of electric vehicles is expected to be a key trend guiding the growth of the industry.

What are the different film types in automotive wrap films?

The types of automotive wrap films available are window films, wrap films, and paint protection films, amongst others.

What are the different vehicle types for automotive wrap films?

automotive wrap films finds applications as passenger vehicles and commercial vehicles, amongst others.

The leading players in this market are 3M Co., AXEVINYL Industrial Co.,Ltd, Avery Dennison Corporation, and HEXIS S.A.S., amongst others.

The global automotive wrap films market is driven by the modernisation of consumer lifestyles, combined with increasing demand for car customisation, increasing disposable income and improving living standards. Aided by the rise in car racing events and the integration of electric vehicles, the market is expected to witness a further growth in the forecast period of 2022-2027, growing at a CAGR of 21%. The market is projected to reach USD 11 billion by 2026.

EMR’s meticulous research methodology delves deep into the industry, covering the macro and micro aspects of the industry. Based on the film type, the automotive wrap films market can be segmented into window films, wrap films, and paint protection films, amongst others. By vehicle type, the industry can be divided into passenger vehicles and commercial vehicles, amongst others. The key players in the above industry include 3M Co., AXEVINYL Industrial Co., Ltd, Avery Dennison Corporation, and HEXIS S.A.S., amongst others.

The global aircraft actuator market attained a value of USD 14.3 billion in 2021, driven by the growing aviation industry in emerging economies. Aided by the rapid technological advancements in the ae...
Read More

The global unmanned underwater vehicle (UUV) market attained a value of USD 3.9 billion in 2021, driven by the increased demand in the oil and gas industry. Aided by increasing investments in the rese...
Read More

The global green tyre market attained a value of USD 85.3 billion in 2021, driven by the rising environmental concerns. Aided by the growing fuel efficiency, the market is expected to witness a furthe...
Read More

The global leisure boat market attained a value of more than USD 39.2 billion in 2021, driven by the increased investments in the boating sector. Aided by the rapid technological advancements, the mar...
Read More