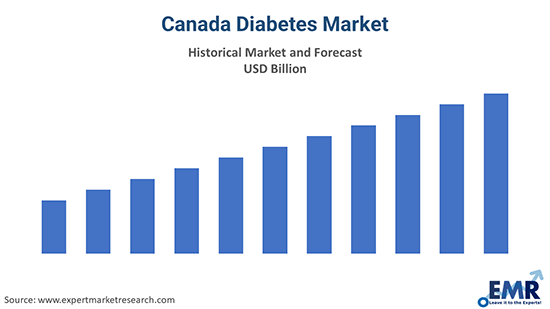 North America is a significant market for diabetes, which has witnessed an exponential growth of diabetes patients in recent years. The developed countries in North America, namely Canada and the United States, have a high rate of diabetes, mainly due to lifestyle changes. On account of this, the sale of insulin, a diabetic device, has rapidly increased in the region. Insulin, which was initially used to treat type 1 diabetic patients exclusively, is now used as a treatment method by a substantial amount of type 2 patients.

Diabetes is referred to as a chronic ailment caused by the sugar spikes in the body due to inappropriate production of or response of the body to insulin. Diabetes has adverse effects on the body's ability to break down sugar absorbed from food or generate an adequate amount of insulin. Uncontrolled diabetes can cause a variety of problems, such as visual, renal, cardiovascular, and neural disorders. 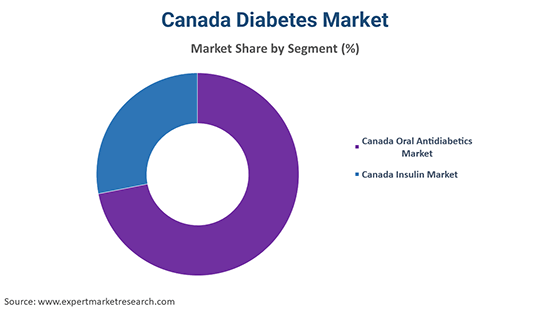 Based on the segment, the Canada diabetes market is divided into:

The regional markets can be divided into British Columbia, Alberta, the Prairies, Central Canada, and Atlantic Canada. 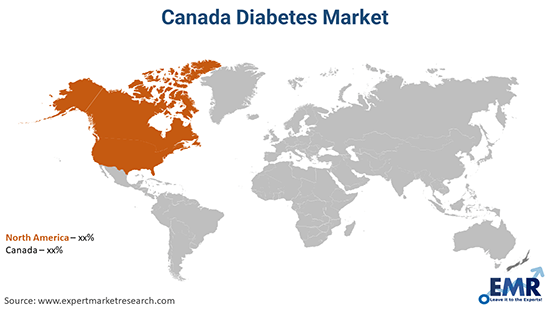 The Canada diabetes market is witnessing a growth due to various advancements taking place in the industry. Initially, the insulin was given through syringes, which are considered painful and hard to use. Now, companies like Sanofi and Novo Nordisk, among others, have innovated insulin pens with a specific set dosage. Usage of this pen reduces insulin wastage and is less painful to use. The only drawback that might affect the Canada diabetes market growth is the high cost of insulin pens.

The report gives a detailed analysis of the following key players in the Canada diabetes market, covering their competitive landscape, capacity, and latest developments like mergers, acquisitions, and investments, expansions of capacity, and plant turnarounds:

The comprehensive EMR report provides an in-depth assessment of the industry based on the Porter's five forces model, along with giving a SWOT analysis.

What was the Canada diabetes market size in 2020?

The industry contributes to the growth of the North America diabetic devices market, which attained a value of USD 9.7 billion in the year 2020.

The market is estimated to be aided by the North America diabetes market, which is expected to reach a value of about USD 16.3 billion by 2026, growing at CAGR of 9% between 2021 and 2026.

The technological advancements taking place in the industry are expected to be a key trend guiding the growth of the industry.

British Columbia, Alberta, the Prairies, Central Canada, and Atlantic Canada are the leading regions in the industry.

What are the major segments of the industry?

The major segments can be divided into Canada oral antidiabetics market and Canada insulin market.

The leading players in the industry are Abbott, Dexcom, F. Hoffmann-La Roche Ltd, and Medtronic Canada, among others.

The Canada diabetes market contributes to the growth of the North America diabetic devices market, which attained a value of USD 9.7 billion in the year 2020, driven by the rising rate of obesity and inefficient exercise levels. Aided by the technological advancements, the North America diabetic devices market is expected to witness a further growth in the forecast period of 2023-2028, growing at a CAGR of 9%, thus, further boosting the Canada diabetes market.

EMR's meticulous research methodology delves deep into the industry, covering the macro and micro aspects of the industry. Based on its segments, the industry for diabetes in Canada can be segmented into Canada oral antidiabetics and insulin markets. The major regional markets in the industry in Canada are British Columbia, Alberta, the Prairies, Central Canada, and Atlantic Canada. The key players in the above industry include Abbott, Dexcom, F. Hoffmann-La Roche Ltd, and Medtronic Canada, among others.

EMR's research methodology uses a combination of cutting-edge analytical tools and the expertise of their highly accomplished team, thus, providing their customers with industry insights that are accurate, actionable, and help them remain ahead of their competition.