Global Cognitive Enhancement Wearable Technology Market to Grow at a CAGR of 17% During 2021-2026, Driven by Rising Research and Development Expenditure by Device Manufacturers 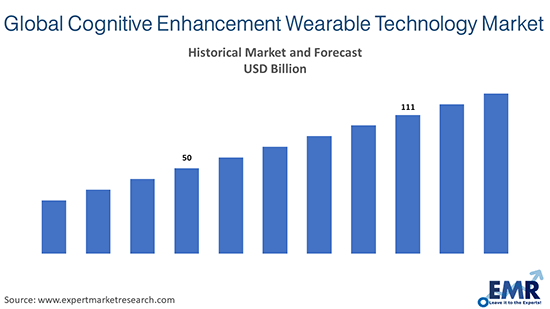 The wearable technology for cognitive enhancement has North America as one of the largest market regions because of the active presence of major players in the United States. The people in the region also have high expenditure and awareness for new technological products. Europe is also one of the market leaders for cognitive enhance wearable technology industry. The reason is the high per capita income and growing geriatric population, which is susceptible to neurological disorders, lack of sleep, and weakened memory. The Asia Pacific region is also likely to register significant growth owing to its increasing population and economic development along with exposure to advanced technologies.

Cognitive enhancement wearable technology devices refer to the equipment that can be worn in form of a cap, head set or band and aims at improving the brain functions such as attention, concentration, and information processing. The cognitive enhancement wearable technology can also be used for improving sleep quality, mood disorders, and general wellness. 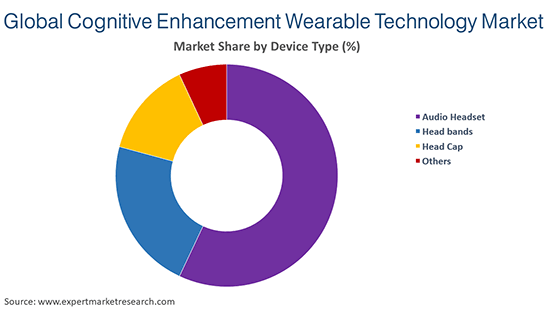 On the basis of technology, industry is segmented into:

Based on device type, the market is divided into:

The industry is classified on the grounds of type into:

The distribution channel for market is categorised into:

The regional markets for cognitive enhancement wearable technology industry can be divided into North America, Europe, the Asia Pacific, Latin America, and the Middle East and Africa. 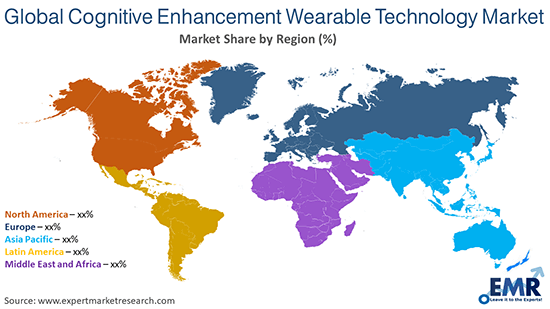 The report gives a detailed analysis of the following key players in the cognitive enhancement wearable technology market, covering their competitive landscape, capacity, and latest developments like mergers, acquisitions, and investments, expansions of capacity, and plant turnarounds:

What is the growth rate of the global cognitive enhancement wearable technology market?

The major drivers of the market include the rising demand from sports industry, high per capita income, growing geriatric population, increasing population, economic development, and exposure to advanced technologies.

What are the key industry trends of the global cognitive enhancement wearable technology market?

The rapidly increasing neurological disorders and the increasing usage of neurological technology such as neuromodulation devices along with conventional therapies are the key industry trends propelling the market's growth.

What are the major regional markets of cognitive enhancement wearable technology, according to the EMR report?

What is the market division on the basis of technology?

On the basis of technology, industry is segmented into electroencephalogram (EEG) and transcranial direct current stimulation (tDCS), among others.

What are the different device types in the market?

Based on device type, the market is divided into audio headset, head bands, and head cap, among others.

Based on type, what is the market segmentation?

The industry is classified on the grounds of type into battery and charge.

What are the distribution channels of the market?

The distribution channel for market is categorised into offline and online.

EMR's meticulous research methodology delves deep into the market, covering the macro and micro aspects of the industry. On the basis of technology, industry is segmented into electroencephalogram (EEG) and transcranial direct current stimulation (tDCS), among others. Based on device type, the market is divided into audio headset, head bands, and head cap, among others. The industry is classified on the grounds of type into battery and charge. The distribution channel for market is categorised into offline and online. The major regional markets for cognitive enhancement wearable technology are North America, Europe, the Asia Pacific, Latin America, and the Middle East and Africa. The major players in the industry are Halo Neuro, Inc., Sooma Oy, InteraXon Inc. (Muse), Melomind, FocusBand Technologies, and Neuro Management LLC., among others.