Global Dong Quai Market Expected to Grow at a Healthy Pace During 2021-2026, Driven by the High Demand for Conventional Dong Quai

The global dong quai market is being driven by the Chinese traditional medicine market, which is expected to grow at a CAGR of 8.8% in the forecast period of 2022-2027. 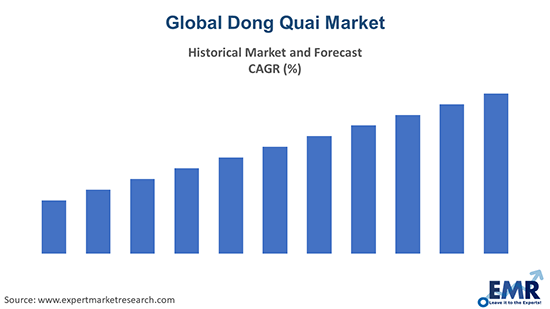 Region-wise, the Asia Pacific is a significant market for dong quai globally. This could be attributed to the large traditional market for the product in the region. Meanwhile, North America is predicted to emerge as a major market in the coming years as a result of the availability of a huge consumer base for natural food and beverage products throughout the region. Further, Europe is estimated to be a substantial market for dong quai over the forecast period due to the rising market for herbal tea across the region. Latin America and the Middle East and Africa are also predicted to exhibit a healthy growth rate in the forecast period. The product has a huge demand owing to the rising sedentary lifestyle as it helps meet daily nutritional needs and maintain proper functionality of the body.

Dong quai is a famous traditional Chinese medicinal herb, which is extracted from the Angelica Sinensis plant. It is variously known as female ginseng in several regions owing to its traditional use to cure women of reproductive system related problems. The herb is extensively used to treat menopausal symptoms, high blood pressure, heart diseases, amenorrhea, and male and female reproductive system related problems. 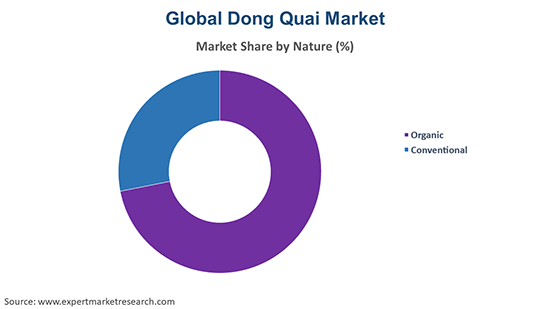 On the basis of nature, the market is divided into:

Based on form, the industry can be segmented into:

By applications, the industry is categorised into: 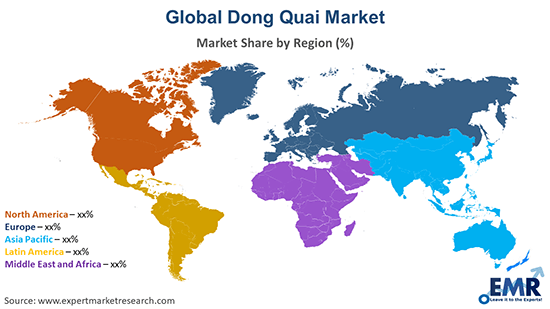 The global market for dong quai is predicted to be driven by the growing demand for traditional medicine globally. Further, the Asia Pacific region is predicted to be a major market for the herb as it has a great demand for traditional purposes and natural remedial products. Further, dong quai has a great scope as it is being adopted by several economies across the globe as a medicinal and herbal tea. The rising demand for organic products from the food and beverage sector is predicted to boost the market growth of organic dong quai during the forecast period. However, the market is expected to be inhibited by the lack of scientific evidence associated with the use of dong quai in the developed economies as consumers are label conscious in these regions.

The report gives a detailed analysis of the following key players in the global dong quai market, covering their competitive landscape, capacity, and latest developments like mergers, acquisitions, and investments, expansions of capacity, and plant turnarounds:

What is the growth rate of the global dong quai market?

The global dong quai market is being aided by the growing Chinese traditional medicine market, which is projected to grow at a CAGR of 8.8% between 2021 and 2026.

The major drivers of the industry, such as the rising disposable incomes, growing demand for traditional medicine, rising demand from the developing regions, and rising demand for organic products from the food and beverage sector, are expected to aid the market growth.

What are the key industry trends of the global dong quai market?

The key market trend guiding the growth of the industry includes the growing awareness regarding the health benefits of dong quai.

What are the major regional markets of dong quai, according to the EMR report?

What are the leading nature segments in the market?

The leading nature segments in the market are organic and conventional.

What are the major forms of dong quai in the industry?

The major forms of dong quai in the industry are powder and liquid, among others.

The significant application segments in the market are dietary supplement and pharmaceutical, among others.

The major players in the industry are Bio Botanica, Inc., Happy Herb Co., Carrubba Incorporated, and Xian Yuensun Biological Technology Co.,Ltd., among others.

EMR’s meticulous research methodology delves deep into the market, covering the macro and micro aspects of the industry. Based on nature, the market is bifurcated into organic and conventional. On the basis of form, the industry is divided into powder and liquid, among others. By applications, the market is segmented into dietary supplement and pharmaceutical, among others. The major regional markets for dong quai are North America, Europe, the Asia Pacific, Latin America, and the Middle East and Africa. The key players in the above market include Bio Botanica, Inc., Happy Herb Co., Carrubba Incorporated, and Xian Yuensun Biological Technology Co.,Ltd., among others.