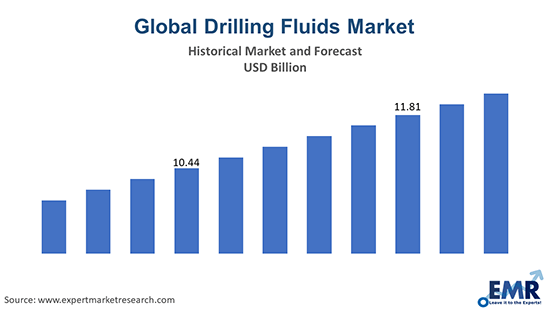 The global drilling fluids market is supported by an increase in the demand from North America, due to resuming production of shale wells in the forecast period. North America and the Middle East are the high maturity markets in the industry, whereas the Asia Pacific and Latin America are the medium maturity markets for the same. The largest consumers of drilling fluids regionally are the United States and the Asia Pacific. The United States contributes to 42% of the global supply. It continues to be the largest consumer in the industry due to the continued activity of drilling and extraction from shale or tight formation. The demand for drilling fluid in Australia is expected to increase due to the stabilising oil and gas prices as the country has one of the largest shale gas reserves in the world.

Fluctuations in crude oil prices affect the prices of drilling fluid adversely. Rig count also determines the price of drilling fluids. The demand for drilling fluids from Australia is increasing due to an increased rig count in the past few years, led by explorations taking place in the industry.

Drilling fluids are chemical components used in the extraction of gas and oil. Based on chemicals, the drilling fluids industry is segmented into: 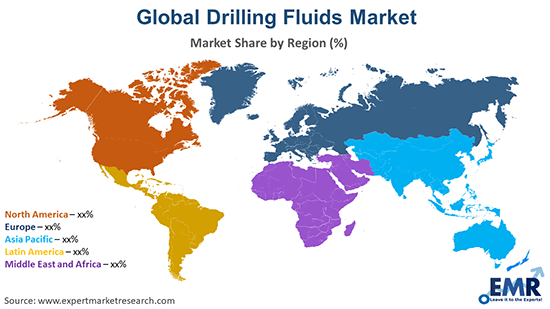 The industry for bentonite is expected to increase owing to the increase in the foundry and metal casting application in the automotive and oil and gas industry, invigorating the industry growth for bentonite. The industry is also expected to be encouraged by the increasing environmental concerns associated with wastewater treatment due to high toxic content and radioactive chemicals.

The supply of barite, on the other hand, highly corresponds to the oil and gas prices, as the use of barite in drilling fluids represents the single largest consuming industry. The demand for barite is expected to increase due to the improvement in oil prices and shale gas drilling in the United States. China has set out to achieve the production of 30 billion cubic metres of gas by drilling more shale gas wells by the year 2021, which will increase the domestic consumption and decrease the availability of barite for exports.

Xanthan gum helps in reducing water viscosity in various applications. The demand for xanthan gum is expected to increase due to its usage in the food and oil and gas industries, providing impetus to the industry growth. The xanthan gum demand is expected to remain rapid due to the supportive European and the United States administrations, encouraging the use of the chemical in the form of stabiliser, emulsifier, thickener, and gelling agent.

The production of caustic potash is expected to continue to increase in the United States, as it offers lower energy costs than the other western regions. The utilisation rate is expected to increase in the United States, further boosting the supply in the region. In the forecast period, few capacity additions are predicted for caustic potash, especially in the Asia Pacific region, keeping the export market in focus.

The report gives a detailed analysis of the following key players in the global drilling fluids market, covering their competitive landscape, capacity, and latest developments like mergers, acquisitions, and investments, expansions of capacity, and plant turnarounds:

What was the global drilling fluids market size in 2020?

In 2020, the global drilling fluids market attained a value of nearly USD 9.7 billion.

The major drivers of the industry, such as the recovering oil price, increasing frequency of drilling operations, and increased rig count, are expected to aid the market growth.

What are the key industry trends of the global drilling fluids market?

The key market trend guiding the growth of the market include the increasing environmental concerns associated with wastewater treatment.

What are the major regional markets of drilling fluids, according to the market report?

Bentonite, barite, xanthan gum, potassium chloride, caustic soda, and soda ash are the leading types of the product in the industry.

The global drilling fluids market attained a value of USD 9.7 billion in 2020, driven by the increasing frequency of drilling operations. Aided by the increasing rig count, the market is expected to witness a further growth in the forecast period of 2022-2027, growing at a CAGR of 2.5%. The market is projected to reach USD 11.3 billion by 2026.

EMR’s meticulous research methodology delves deep into the market, covering the macro and micro aspects of the industry. Based on types, the industry can be segmented into bentonite, barite, xanthan gum, potassium chloride, caustic soda, and soda ash. The major regional markets for drilling fluids are North America, Europe, the Asia Pacific, Latin America, and the Middle East and Africa. The key players in the above market include Solvay S.A., Ecolab Inc., Newpark Resources, Inc., Baker Hughes Company, BASF SE, and Halliburton Energy Services, Inc., among others.