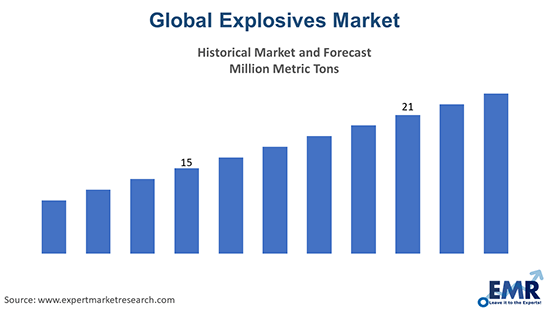 North America is one of the Leading Regional Markets for Explosives

North America is the region with the highest maturity, followed by Australia and Europe. The North American market is significantly dominated by key players like Orica and Dyno Nobel, accounting for nearly half of the supply share. These companies are among the top suppliers of explosives to the major mining regions, including Australia and North America.

The market growth is significantly supported by its end-use sectors like coal mining, metal mining, quarrying, and non-metal. Coal is the dominant end-use sector, accounting for more than half of the global consumption. The global consumption of coal stood at a volume of around 7.2 million metric tons in 2018, with the sector accounting for nearly 70% of the global demand for explosives. The major coal-producing countries include the United States, Russia, China, India, Australia, and Indonesia. Together these countries accounted for around 85% of the global coal production in 2018. Australia is one of the major coal-producing countries with a surplus supply. The region accounts for approximately 20% of the global production of coal. The rapidly increasing demand from the coal mining sector in Southeast Asia is providing a further impetus to the explosives market growth.

Another primary end-use sector is metal mining, which is expected to witness a healthy growth, especially due to the increasing demand from emerging countries. Metal mining is the dominant end-use sector in Africa, accounting for more than half of the market share in terms of consumption. The demand for explosives is likely to witness a healthy growth in the region in the forecast period.

Explosives refer to the devices or substances that are reactive due to the massive volume of expanding gas inside them. They contain an enormous amount of potential energy that has the capability to explode within an extremely short period when it is suddenly released, generally accompanied by heat or pressure. The types of content present inside these explosives could be chemical, or nuclear. 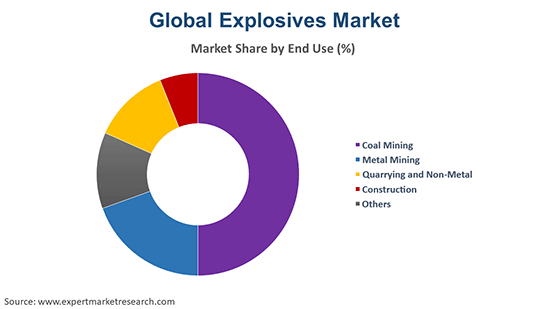 Explosives find their end-uses in: 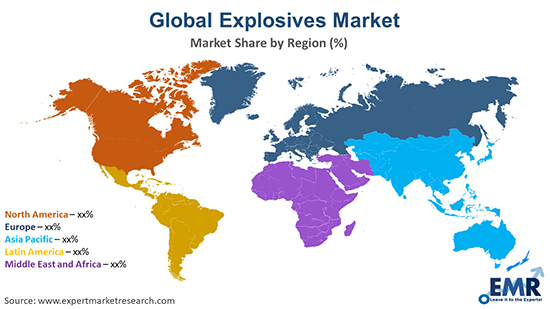 The mining sector is significantly driving the growth of the explosives market. The growing coal, metals, quarrying, and non-metals, as well as the construction sector, are supporting the market development for explosives. The increasing demand in the end-use sector, especially for coal, is driving the market expansion further. High quality, low ash, and low sulphur types of coal are likely to push the market growth of explosives further, especially in Australia. The growth in the commodity demand, as well as increased mineral production, has resulted in the market growth of explosives. The decline in the ore grades has resulted in more exploration activities and thus propelled the development of the market further.

The rising use of explosives in the construction sector to carve out roads, excavate ground for the foundations of buildings, and demolition work is catalysing the market development. The production of sophisticated explosives offers fast and economical construction processes, particularly demolition. The other advantages of using explosives in demolition include a shortened time and a high degree of safety. For instance, the Supreme Court of India ordered the demolition of the twin towers of Supertech Emerald Court housing society using explosives. The demolition to be conducted in August 2022 is estimated to use 2,500 to 4,000 kg of explosives.

The growing efforts to develop environment-friendly green explosives are likely to bolster the explosives market growth over the forecast period. For instance, in June 2020, a research was conducted as a part of the collaboration between MRIWA (Minerals Research Institute of Western Australia), Mining3, and sponsors Northern Star Resources, Barrick Gold and Newcrest Mining Limited to exhibit the potential of new explosive hydrogels-based on hydrogen peroxide (H2O2) to reduce the production of toxic exhaust gases and other environmental impacts during the development and operation of underground mines.

The Asia Pacific is the fastest-growing region due to the high demand for the product. The region is witnessing increasing mining activities due to advanced technical support from North America. The rising demand from the Southeast Asian countries is also providing further impetus to the mining sector, and, thus, the overall market. New and small mining companies are looking to expand their business in battery materials, like lithium and cobalt, pushing the market forward.

August 2016- Yara International (OTCMKTS: YARIY) opened the first modular ammonium nitrate plant in Australia. Ammonium nitrate is the primary component in the production of explosives used in sectors like mining, construction, and quarrying.

Key Players in the Global Market for Explosives

The report gives a detailed analysis of the following key players in the global explosives market, covering their competitive landscape, capacity, and latest developments like mergers, acquisitions, and investments, expansions of capacity, and plant turnarounds:

What was the global explosives market size in 2020?

In 2020, the global explosives market attained a volume of around 15.3 million metric tons.

What is the growth rate of the explosives market?

The market is estimated to witness a healthy growth in the forecast period of 2023-2028 to reach about a volume of 20.5 million metric tons by 2026.

The major drivers of the industry, such as the growing mining industry, increasing demand from the construction industry, rising commodity demand, and increasing mineral production, are expected to aid the market growth.

What are the key industry trends of the global explosives market?

The key market trend guiding the growth of the explosives market includes the growth opportunities of battery materials, like lithium and cobalt.

What are the major regions of explosives according to the market report?

The major regions in the industry are North America, Latin America, the Middle East and Africa, Europe, and the Asia Pacific, with North America as the highest maturity market.

What are the major end uses of explosives in the market?

The major end uses of explosives in the market are coal mining, metal mining, quarrying and non-metal, and construction, among others.

The global explosives market attained a volume of around 15.3 million metric tons in 2020, driven by the growing mining industry. Aided by the lucrative opportunities in the battery materials, the market is expected to witness a further growth in the forecast period of 2023-2028, growing at a CAGR of 4.1%. The market is projected to reach a volume of 20.5 million metric tons by 2026.

EMR’s meticulous research methodology delves deep into the market, covering the macro and micro aspects of the industry. Based on its end use, the explosives market can be segmented into coal mining, metal mining, quarrying and non-metal, construction, and others. The major regional markets for explosives are North America, Europe, the Asia Pacific, Latin America, and the Middle East and Africa, with North America as the highest maturity market. The key players in the market include Enaex S.A., Yara International ASA, Orica Limited, MaxamCorp. Holding, S.L., Austin Powder Company, Sasol Limited, and Dyno Nobel Inc, among others.