The global mould release agents market reached a value of around USD 1.96 billion in 2020. The industry is further expected to grow at a CAGR of 5.5% during the forecast period of 2022-2027. 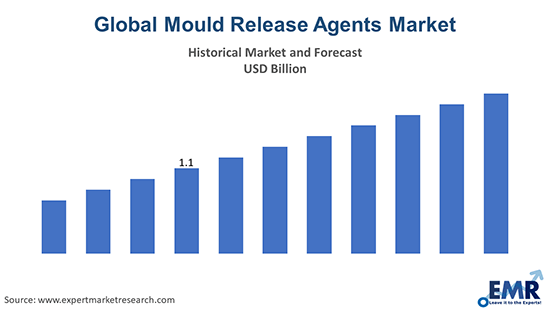 A release agent or mould release agent is a chemical used to avoid binding of one material from the surface of other materials. In processes including mould release, die-cast release, plastic release, adhesive release, and tyre and web release, these agents can provide a solution by acting as a barrier between a moulding surface and the substrate. 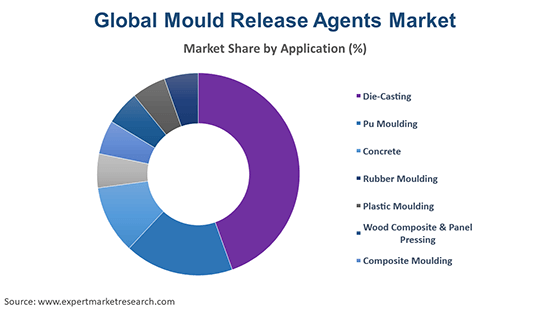 The global mould release agents industry can be broadly categorised based on segments like product types, applications, and regions.

The EMR report looks into the regional mould release agents markets like North America, Latin America, Europe, the Middle East and Africa, and the Asia Pacific. 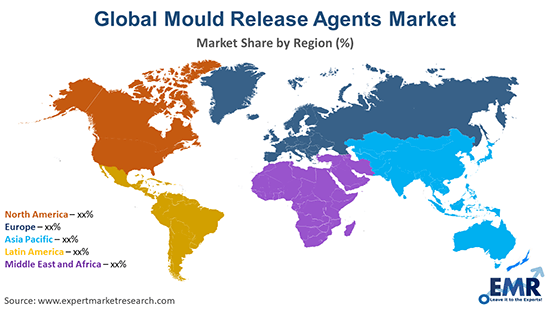 Moulds are designed to produce maximum output in single casting and moulding processes, thus, increasing productivity in moulded parts assembly. As the use of these agents results in the reduction of time and operational cost, further increasing efficiency, the demand for the product is growing significantly. Complex dies require more release agents in sculpting and casting applications for uniform cooling and proper release of parts. Thus, it is driving the growth of the global mould release agents industry. The availability of alternative methods like non-stick coatings and the implementation of strict government regulations regarding the emission of harmful compounds can hamper the industry growth over the forecast period.

The report presents a detailed analysis of the following key players in the global mould release agents market, looking into their capacity, market shares, and latest developments like capacity expansions, plant turnarounds, and mergers and acquisitions:

The EMR report gives an in-depth insight into the mould release agents market by providing a SWOT analysis as well as an analysis of Porter’s Five Forces model.

What was the global mould release agents market size in 2020?

The major drivers of the market include the increasing efficiency, increasing awareness about the use of environmentally friendly products, reduced operational cost, infrastructure development in emerging economies, and increased adoption of non-stick coating.

What are the key industry trends of the global mould release agents market?

Increased use of mould release agents in various applications and rapidly growing automotive and construction industries are the key industry trends propelling the market's growth.

What are the major regional markets of mould release agents, according to the EMR report?

What are the product types of mould release agents in the market?

The global mould release agents market attained a value of nearly USD 1.96 billion in 2020, driven by the increased use of mould release agents in various applications. Aided by reduced operational cost, and infrastructure development in emerging economies, the market is expected to witness further growth in the forecast period of 2022-2027, growing at a CAGR of 5.5%.