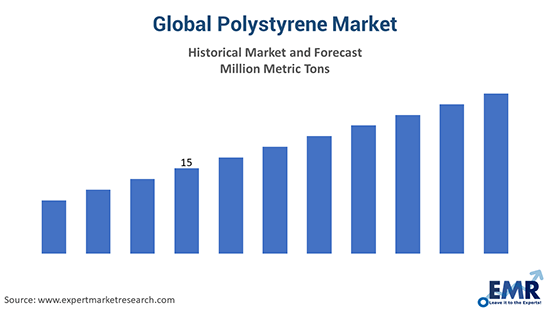 The demand for the product is further expected to grow at a CAGR of 1.9% between 2021 and 2026 to reach a volume of 20.8 million metric tons by 2026. The major supply markets include North America, the European Union, and the Asia Pacific region. The polystyrene market is significantly supported by the construction as well as the electronics industry.

The market for EPS is supported by the firm demand from the Asian market, which is expected to grow further in the coming years, while mature markets, like Europe and North America, are expected to grow slower than Asia. The United States is one of the net importers of high impact polystyrene (HIPS), general-purpose polystyrene (GPPS) and expanded polystyrene (EPS). With the rising demand for expanded polystyrene, Europe might depend on imports from regions like Korea and India. Turkey is the largest export market within Europe, accounting for nearly half of the total exports in Europe. The expanded polystyrene industry has been among the fastest-growing polystyrene markets, owing to the high demand from the construction sector. The industry is majorly impacted by the construction industry, which is growing at a rapid rate. The construction sector in the Asia Pacific region is likely to develop faster as compared to Europe and North America, thus, driving the demand for polystyrene within the sector.

Polystyrene is a flexible plastic used in the production of a wide range of consumer products. It is often used as a rigid, solid plastic in items requiring clarity such as food packaging and laboratory products. Polystyrene is used to produce appliances, computers, automotive parts, toys, gardening pots and equipment, and more when mixed with various colours, chemicals, or other plastics. 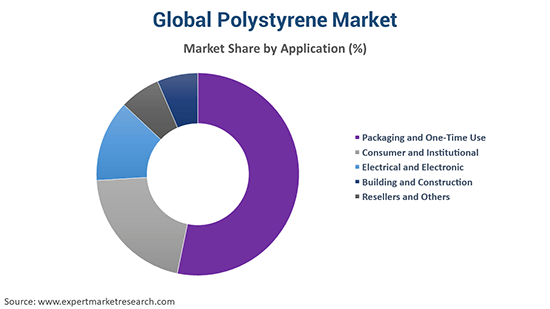 It has wide applications in the following segments: 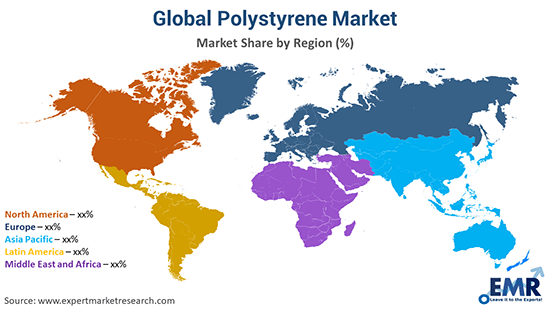 The rising use of high impact polystyrene and general-purpose polystyrene in consumer electronic devices is supporting the growth of the industry. The high impact polystyrene and general-purpose polystyrene market are supported by the demand from the Asian market. The segment is also growing due to its extensive use for insulation purposes as it has to compete only with cotton wool in this segment. The consumer electronics sector has a consumption rate of around 20% of the material and is aided by the electric and electronic appliances market.

The report gives a detailed analysis of the following key players in the global polystyrene market, covering their competitive landscape, capacity, and latest developments like mergers, acquisitions, and investments, expansions of capacity, and plant turnarounds:

The comprehensive EMR report provides an in-depth assessment of the polystyrene market based on Porter's five forces model along with giving a SWOT analysis.

What was the global polystyrene market size in 2020?

In 2020, the global polystyrene market attained a volume of nearly 18.6 million metric tons.

The major drivers of the industry are  the growing of the thermal insulation, rise in the green building demand, increasing investment into research and development, increasing rate of global population, and increasing industrialisation and globalisation.

What are the key industry trends of the global polystyrene market?

The growing usage of high-impact polystyrene and general-purpose polystyrene in consumer electronics and increasing application of expanded polystyrene for insulation and construction purposes are the key industry trends propelling the market growth.

What are the major regional markets of the global polystyrene, according to the EMR report?

The major regions in the industry are North America, Europe, Asia Pacific, Latin America, and Middle East and Africa with Asia Pacific accounting for the largest share in the market.

What are the major applications in the industry?

The major applications in the global polystyrene industry are packaging and one-time use, consumer and institutional, electrical and electronic, building and construction, and resellers and others.

The global polystyrene market attained a volume of nearly 18.6 million metric tons in 2020, driven by the increasing applications of the product in sectors such as construction and electronics. Aided by the rise in the green building demand and increasing industrialisation and globalisation, the market is expected to witness a further growth in the forecast period of 2021-2026, growing at a CAGR of 1.9%.

EMR’s meticulous research methodology delves deep into the market, covering the macro and micro aspects of the industry. Based on its applications, the global polystyrene industry can be segmented into packaging and one-time use, consumer and institutional, electrical and electronic, building and construction, and resellers and others. The major regional markets for the global polystyrene are North America, Europe, Asia Pacific, Latin America, and Middle East and Africa with Asia Pacific accounting for the largest share in the market. The key players in the above market include INEOS Styrolution Group GmbH, Total S.A., Americas Styrenic LLC, CHIMEI Corporation, PS Japan Corporation, Shanghai SECCO Petrochemical Company Limited, Versalis S.p.A., Supreme Petrochem Ltd, and Trinseo PLC, among others.

The global bioplastics market attained a value of nearly USD 8.6 billion in 2021, driven by the growing eco-consciousness to reduce greenhouse gases and fossil dependency. Aided by the government init...
Read More

The global bale net market was driven by the increasing demand for natural bales in developing countries in the historical period. Aided by the rising livestock production and increasing awareness abo...
Read More

The global plastic resins market attained a value of USD 613.4 billion in 2021, driven by the increased demand for plastic resins across various end use industries. Aided by the heightened investment...
Read More

The global polyvinylidene fluoride market attained a value of nearly USD 917.1 million in 2021, driven by the heightened demand from the construction sector. Aided by the growing technological advance...
Read More

The global carbon prepreg market attained a value of above USD 7.8 billion in 2021, driven by the growing demand for sporting equipment. Aided by the rapid technological advancements in the aerospace ...
Read More