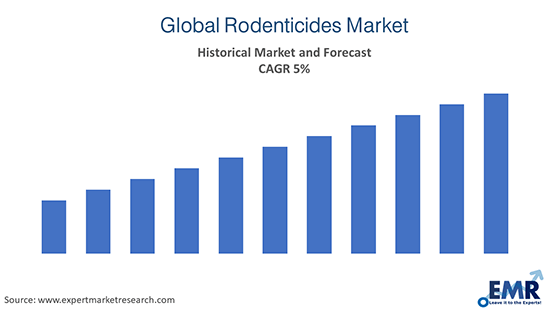 Rodenticides are rodent killing pesticides. In addition to mice, rodents include squirrels, woodchucks, chipmunks, porcupines, nutria, and beaver. While rodents play significant roles in nature, they can also damage crops, transmit diseases, infringe housing codes, and may lead to ecological damage in some cases. 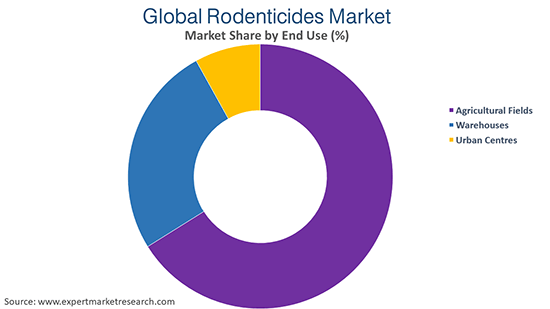 Second-generation anticoagulants are further divided into the following:

The market can be broadly categorised based on its end-use into:

Urban centres are further divided into the residential and commercial sectors. Rodenticides find their applications in the following sectors:

The EMR report looks into the regional rodenticides markets like North America, Latin America, Europe, the Middle East and Africa, and the Asia Pacific. 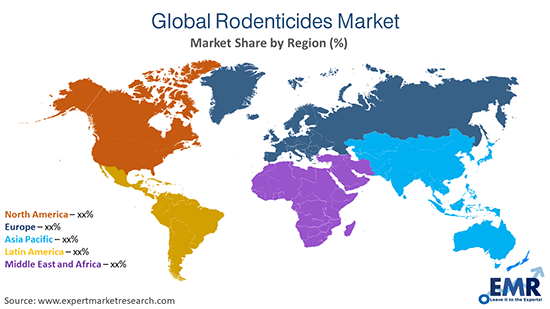 The major factors fuelling the rodenticides market growth are projected to be the increased incidences of pest-related illnesses, the rising population of rodenticides, the increased demand for pest control as well as access to natural rodenticides. The increasing prevalence of transmittable diseases like Hantavirus, and Lassa fever, which in turn affects the climate, wildlife, and humans, is causing a significant increase in the population of rodents. The use of different rodent control products in commercial and residential applications has led to a high demand for rodent control products in most major cities worldwide. The key players in the rodenticides market are involved in developing technologies to control the population of rodents efficiently. In the forecast period, increasing numbers of offices, hospitals, hotels, and housing, and high hygiene standards are anticipated to raise their demand.

The report presents a detailed analysis of the following key players in the global rodenticides market, looking into their capacity, competitive landscape, and latest developments like capacity expansions, plant turnarounds, and mergers and acquisitions:

The EMR report gives an in-depth insight into the rodenticides market by providing a SWOT analysis as well as an analysis of Porter’s Five Forces model.

What is the growth rate of the global rodenticides market?

The global rodenticides market is projected to grow at a CAGR of 5% between 2021 and 2026.

The major drivers of the industry include the increased incidences of pest-related illnesses, the rising population of rodenticides, the increased demand for pest control, and the access to natural variant.

What are the key industry trends of the rodenticides market?

The key market trend guiding the growth of the product include the development of advanced technologies to control the population of rodents efficiently.

What are the major regions of rodenticides, according to the market report?

What are the significant end-uses segments of the product?

Agricultural fields, warehouses, and urban centres are the significant end uses segments of rodenticides. Urban centres are further divided into residential and commercial.

What are the major applications of rodenticides?

Pellets, sprays, and powders are the major applications of rodenticides.

The major players in the industry are Bayer AG, The Syngenta Group, Liphatech Inc., J.T. Eaton & Co., Inc., Neogen Corporation, and PelGar International, among others.

The global rodenticides market is driven by increasing incidences of pest-related illnesses, the rising population of rodenticides, and the increasing demand for pest control. Aided by the technological advancements, the market is expected to grow at a CAGR of 5% in the forecast period of 2021-2026.

The global insect growth regulators market attained a value of nearly USD 866 million in 2020, driven by the rising pest population and awareness about the harmful effects of insecticides on environme...
Read More

The global chelate fertiliser market is being driven by rapidly rising populations, high demand for agricultural products and decrease in arable land. Aided by the growing demand for high-value crops ...
Read More