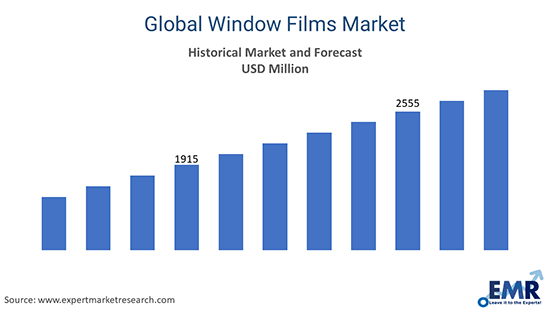 North America is projected to lead the industry over the forecast period because of new investments being made within the region. In the United States, lending standards are loosening, market fundamentals for commercial real estate are improving, and state and local construction bond measures are providing additional funding support. In addition, the recovery of Canada’s residential and non-residential construction sectors is projected to be a primary driver for the window films industry in North America. Furthermore, the rise of skin cancer in both the United States and Canada is significantly contributing to the growth of the window films industry. 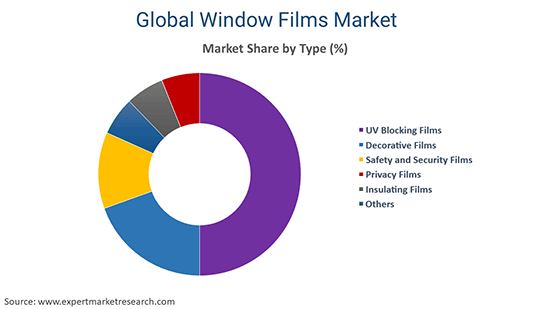 Window film is the self-adhesive polyester coating applied on glass to prevent a certain spectrum or quantity of sunlight to pass through it. In addition to light reduction, they help minimise heat and glare as well as provide protection against storm and vandalism damage. PET (polyethylene terephthalate) serves as the foundation for all types of window films because of its clarity, tensile strength, dimensional stability, and capacity to accept a variety of surface-applied or embedding treatments.

Based on end user industry, the market can be segmented into:

Among these, the building and construction segment is further sub-divided into residential, commercial, and infrastructural and institutional.

The rate of skin cancer, specifically melanoma, has continued to rise despite the focus on cancer research and treatment. In the United States nearly 5 million people are treated for skin cancer every year, according to the U.S. Surgeon General’s report. The most frequent types of skin cancer are strongly linked to ultraviolet radiation exposure and around 90% cases of melanoma are caused by it. The blockage of UV ray exposure is the most effective way to prevent skin cancer. All high-quality window films block out 99% of UV radiation. This has significantly contributed to the growth of the window films industry. Furthermore, to prevent UV exposure, there is no need to apply creams, wear protective clothing, or do anything other than install window films. Other benefits of window films include energy saving, reduced interior fading, increased security, and increased curb appeal of buildings and vehicles. However, cancer prevention remains the most essential advantage of window films. 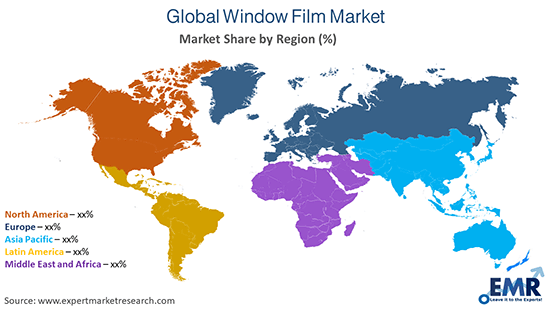 The report gives a detailed analysis of the following key players in the global window films market, covering their competitive landscape, capacity, and latest developments like mergers, acquisitions, and investments, expansions of capacity, and plant turnarounds:

The global stealth coating market attained a value of USD 276.1 million in 2021, driven by the rising application of surface materials and coatings in the automotive industry. Aided by the technologic...
Read More

The global thermal spray coating market attained a value of USD 8.97 billion in 2021, driven by the growing demand in major end use industries. Aided by the increasing demand in the automotive industr...
Read More