The global joint rolling machine market is being driven by the growth of the tobacco market, which attained a volume of 8 million tons in 2020. The tobacco market is further expected to grow in the forecast period of 2021-2026 at a CAGR of 2%. 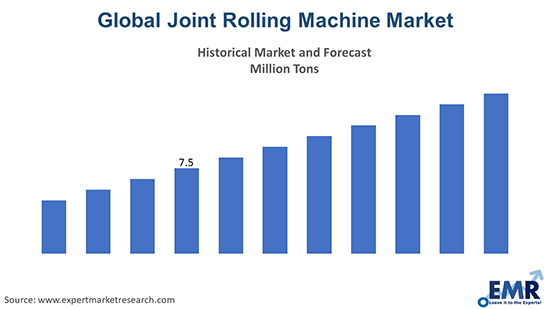 Studies have reported that a large portion of smokers worldwide belong to the middle and low-income countries. Thus, the demand for joint rolling machines is projected to be higher in emerging countries. The market in the regions of the Asia Pacific and the Middle East and Africa is predicted to witness a healthy growth owing to the surging demand for cigarettes in the regions. Eastern Europe is also anticipated to be a significant market. Russia’s huge cigarette market is driving the market in this region. The joint rolling market is predicted to witness a moderate growth in developed regions, such as North America and Western Europe, due to the stringent government regulations on tobacco products. 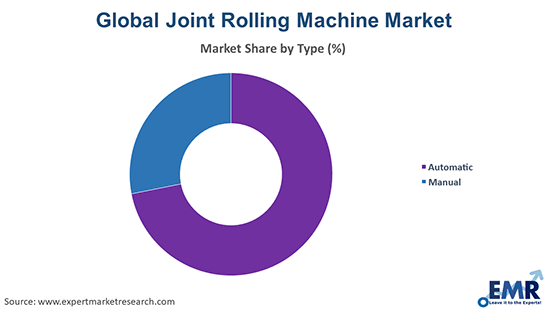 The major materials of the joint rolling industry are:

Based on the mobility, the market can be segmented into:

By type, the market can be categorised into:

The market can be broadly categorised based on its end-use segments into:

The EMR report looks into the regional markets of join rolling machines like North America, Europe, the Asia Pacific, Latin America, and the Middle East, and Africa. 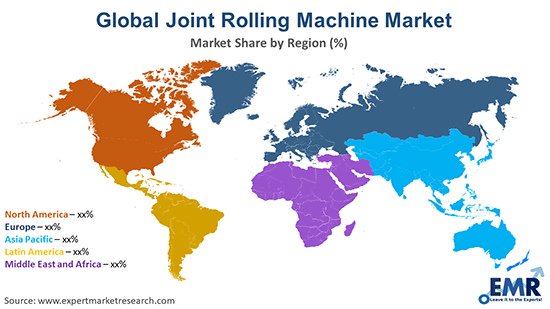 The consumption of alcohol and smoking has increased due to peer pressure, and social status among the consumers. The growing number of restaurants and café across the world has increased socialisation and group activities. Smoking is understood to be one of the major hangout habits of such consumers. This is predicted to boost the joint rolling market. The increasing levels of disposable income and improving living standards among the consumers is expected to aid the market. The introduction of portable joint rolling machines is fuelling the demand from the current trends of rolling your cigarettes, which is becoming popular owing to the rising DIY (do-it-yourself) activities. Stringent government regulations and policies on tobacco products are, however, hampering the joint rolling machine industry.

The report presents a detailed analysis of the following key players in the global joint rolling machine market, looking into their capacity, market shares, and latest developments like capacity expansions, plant turnarounds, and mergers and acquisitions:

What was the global joint rolling machine market size in 2020?

The global joint rolling machine market is being aided by the growth of the tobacco market, which reached a volume of 8 million tons in 2020.

In the forecast period of 2021-2026, the tobacco market is projected to grow at a CAGR of 2%, further supporting the joint rolling machine industry.

The major drivers of the industry, such as rising disposable incomes, rapid urbanisation, growing population, and peer pressure to maintain social status, are expected to aid the market growth.

What are the key industry trends of the global joint rolling machine market?

DIY (do it yourself) is the key trend informing the growth of the market.

What are the major regional markets of the joint rolling machine, according to the EMR report?

The major regional markets of the product are North America, Europe, the Asia Pacific, Latin America, and the Middle East and Africa.

What are the major types of the product in the market?

The major types of joint rolling machine in the market are automatic and manual.

What are the major segmentations based on mobility in the industry?

Based on mobility, the market is segmented into stationary and portable.

What are the major end-use segments of the market?

The major end-use segments of the market are industrial, commercial, and home use.

What are the major joint rolling machine materials?

The major joint rolling machine materials in the market are plastic and metal.

The global joint rolling machine market is being driven by the rising consumption of tobacco. The tobacco market attained a volume of 8 million tons in 2020 and is expected to witness further growth in the forecast period of 2021-2026, growing at a CAGR of 2%.

EMR’s meticulous research methodology delves deep into the market, covering the macro and micro aspects of the industry. Based on type, the market can be segmented into automatic, and manual. The market can be broadly divided based on the material into plastic and metal. By mobility, the market is divided into stationary and portable. Based on end-user, the market is segmented into industrial, commercial, and home use. The major regional markets for the joint rolling machines are North America, Europe, the Asia Pacific, Latin America, and the Middle East and Africa. The key players in the above market include Bull Brand Limited, HK Upperbond Industrial Limited, STM Canna (Sesh Technologies), and Custom Cones USA, among others.

The global screw compressor market attained a value of about USD 10.2 billion in 2020, driven by applications in various industrial sectors. Aided by the rising demand for energy-efficient technology,...
Read More

The key producers are opting for an integrated approach that can improve production, and, thus, contribute to the high performance of slitting machines. In order to improve the manufacturing process o...
Read More

Industrial vending machine is a 24*7 solution at the manufacturing site that automatically dispenses the necessary servicing and repair and operation products and conducts automated record keeping.
Read More

The global feed mixers market was driven by the growing demand for animal meat and increasing industrial advancements. Aided by the increasing demand for horizontal mixers, the market is expected to w...
Read More