Global Mirabelle Plum Market to Grow at a Healthy Pace During 2021-2026, Aided by its Health Benefits

The global mirabelle plum market is aided by the growth of the overall plum market, which attained a volume of 12 million tons in 2020. The plum market is further expected to grow in the forecast period of 2023-2028 at a CAGR of 1.8%.

The European Mirabelle Plum Market to Witness a Healthy Growth

Apart from Europe, North America and the Asia Pacific are significant regional markets of mirabelle plum. Mirabelle plum is becoming popular among consumers due to its numerous nutritional and health benefits. It is also used in pharmaceuticals for the treatment of various diseases like gastroenteritis. 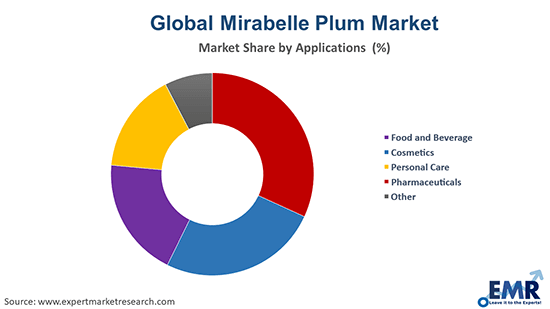 Mirabelle plum, also known as mirabelle prune, is a small, sweet fruit most commonly grown in the Lorraine region of France. They are rich in sugar content and are renowned for their use in various jellies, baked products, and jams. A small portion of mirabelle plum is consumed in the production of eau de vie, a colourless alcoholic beverage.

The major forms of mirabelle plum are:

Based on the distribution channels, the market can be segmented into:

The EMR report looks into the regional markets of mirabelle plum like North America, Europe, the Asia Pacific, Latin America, and the Middle East and Africa. 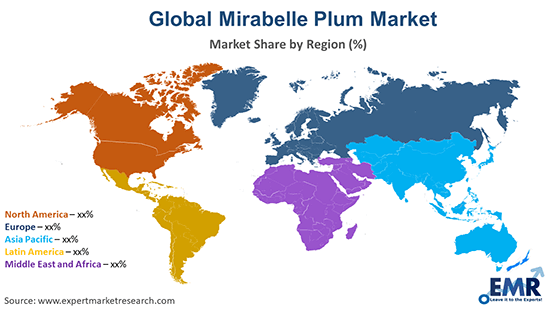 Mirabelle Plum Industry to be Driven by its Numerous Health Benefits

Mirabelle plum contains vitamin C and phytonutrients. These antioxidants can help prevent cancer by neutralising normal cell-harming free radicals that destroy the body cells causing cancer. Mirabelle plum helps in regulating cholesterol levels and reduce anxiety. Cardiovascular disease patients can be benefitted by mirabelle plum as the fruit helps in preventing sugar cravings and mood swings. Owing to these health and nutritional benefits, mirabelle plum is witnessing a surging demand in the market. The utilisation of mirabelle plum in pharmaceuticals and cosmetics is expected to fuel the market growth over the forecast period.

Mirabelle plum has some side effects, such as food allergies. Oral allergy syndrome (OAS) is the most common reported symptom of allergy caused by mirabelle plum. These might hinder the mirabelle plum industry globally.

The report presents a detailed analysis of the following key players in the global mirabelle plum industry, looking into their capacity, market shares, and latest developments like capacity expansions, plant turnarounds, and mergers and acquisitions:

What was the global mirabelle plum market size in 2020?

The global mirabelle plum market is being driven by the growth of the plum industry, which attained a volume of 12 million tons in 2020.

The plum market is expected to grow at a CAGR of 1.8% in the forecast period of 2023-2028, further supporting the growth of the mirabelle plum industry.

The major drivers of the industry, such as rising disposable incomes, growing health consciousness, and the product’s nutritional benefits, are expected to aid the market growth.

What are the key industry trends of the global mirabelle plum market?

The key trend of the market is the utilisation of the product in the production of sauces, soups, jams, and jellies.

What are the major regional markets of mirabelle plum, according to the EMR report?

The major regional markets of mirabelle plum include North America, Europe, the Asia Pacific, Latin America, and the Middle East and Africa.

The leading forms of the product in the market are raw and processed.

The major distribution channels in the market are direct sales and indirect sales.

The significant application segments in the industry are food and beverage, cosmetics, personal care, and pharmaceuticals, among others.

The key industry players in the market include Sica Sas Sicodis, and Maison, de la Mirabelle, among others.

The global mirabelle plum market, is being aided by the growth of the global plum industry, which attained a volume of 12 million tons in 2020, driven by its nutritional benefits. Aided by the adoption in pharmaceuticals and cosmetics, the plum market is expected to witness further growth in the forecast period of 2023-2028, growing at a CAGR of 1.8%.

EMR’s meticulous research methodology delves deep into the market, covering the macro and micro aspects of the industry. Based on its form, the market can be segmented into raw and processed. By distribution channels, the market is segmented into direct sales and indirect sales. Based on the application, the market is categorised into food and beverage, cosmetics, personal care, pharmaceuticals, and others. The major regional markets for mirabelle plum are North America, Europe, the Asia Pacific, Latin America, and the Middle East and Africa. The key players in the above market include Sica Sas Sicodis, and Maison de la Mirabelle, among others.