Global Reserve Crude Oil Market to Grow at a Healthy Pace During 2021-2026, Aided by the Rising Production and Demand for Crude Oil 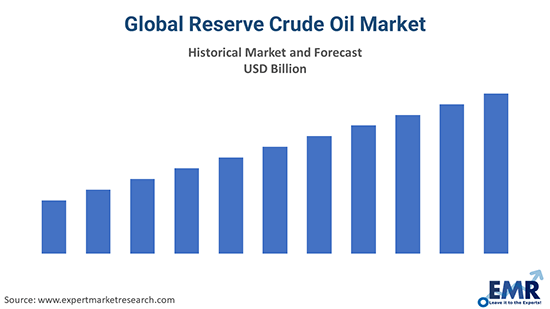 According to an estimate, there were 1.73 trillion barrels of oil in the world in 2018. The rising demand for crude oil, particularly from the world's largest user, the United States, is significantly contributing to the growth of the industry. As of 2018, a slight growth was recorded in the proven crude oil reserves, globally, in comparison to 2016. Non-OECD countries accounted of the majority of these reserves. The world's largest proven oil reserves are in the Middle East, Venezuela, Canada, and Russia. Country-wise, Venezuela has the largest reserves, and accounted for 17.5% of the world total in 2018, followed by Saudi Arabia, which occupied 17.2% of the world total. Along with large reserves, a country must have expertise to extract, refine, and ship the oil. Owing to the availability of advanced technology in the United States, the region is the leading oil producing country and accounted for 18% of the global share in the reserve oil market. The United States is followed by Saudi Arabia and Russia as the leading oil producers.

North America and the Middle East regions are the leading consumers of crude oil, followed by Australia, Japan, and the Netherlands. North America, due to the availability of shale oil deposits and their increased exploitation with the help of advanced technology, has become one of the largest oil-consuming regions. Within North America, the United States extensively imports crude oil from Canada and Mexico to be further refined in the country’s refineries. The 12 OPEC (Organisation of Petroleum Exporting Countries) members hold 80% of the world's proven reserves, with the biggest importers being the United States, the European Union, and China. Meanwhile, the demand for the fuel oil is growing at a rapid pace in emerging economies such as China and India owing to the rising sales of commercial vehicles and rapid urbanisation across the nations, thus, providing enhanced growth opportunities to the industry.

Oil reserves are an estimate of the crude oil amount present in a specific economic region. Before the commercial utilisation of crude oil, it goes through extensive processing, involving primary recovery (through reservoir pressure) and secondary recovery (artificial lift). Crude oil is refined to produce usable products like gasoline, diesel, and others, along with different kinds of petrochemicals.

The regional markets for reserve crude oil include North America, Europe, the Asia Pacific, Latin America, and the Middle East and Africa. 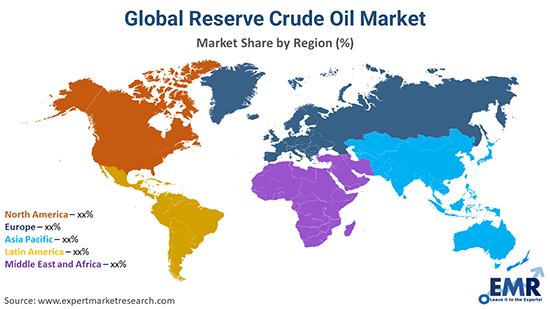 The global reserve crude oil industry is being driven by the rising demand for fuel oil from across the globe. The rapid urbanisation and the rising technological advancements are aiding the industry growth. In North America, the presence of a large number of shale oil deposits and reserves, coupled with the region’s access to advanced technologies and equipment, is driving the regional market growth. The rising demand for refined crude oil products such as diesel and gasoline is further aiding the market growth. Europe, being the third-largest oil-consuming region, is witnessing a rise in the demand for fuel oil with the growing automotive sector. In the Asia Pacific region, the market has witnessed a healthy growth in the past few years due to the growing product demand from the emerging economies such as China, India, and South East Asian countries owing to the burgeoning population and rapid urbanisation in such regions.

Exxon Mobil Corporation (NYSE: XOM), a key player in the industry, announced an oil discovery on the Stabroek Block offshore Guyana at the Tripletail-1 well located in the Turbot area. The discovery added on to the previously estimated recoverable resource of over 6 billion oil-equivalent barrels on the Stabroek Block, thus, providing a further boost to the market. Further, the development of new types of technology is expected to make the crude oil extraction process economically feasible, which is expected to aid the industry in the future. If the prices of crude oil rise or the new technology makes extraction costs lower, then more fields become viable. However, the industry growth might be adversely affected by the rising shift towards alternative energy sources in the forecast period.

The report gives a detailed analysis of the following key players in the global reserve crude oil market, covering their competitive landscape, capacity, and latest developments like mergers, acquisitions, and investments, expansions of capacity, and plant turnarounds:

What was the global reserve crude oil market size in 2020?

The global reserve crude oil market is being supported by the growing demand for fuel oil, which reached a volume of nearly 100149.7 Kbpd in 2020.

The fuel oil industry, which is supporting the growth of the market, is projected to grow at a CAGR of 2% between 2021 and 2026.

The major drivers of the industry, such as the increasing demand for energy, rapid industrialisation and urbanisation, rising demand for fuel oil, and growing technological advancements, are expected to aid the market growth.

What are the key industry trends of the global reserve crude oil market?

The key market trends guiding the growth of the industry include the growing E&P activities globally and the increasing investments towards the development of economically feasible technology for crude oil extraction.

What are the major regional markets of reserve crude oil, according to the EMR report?

EMR’s meticulous research methodology delves deep into the market, covering the macro and micro aspects of the industry. The major regional markets for reserve crude oil are North America, Europe, the Asia Pacific, Latin America, and the Middle East and Africa. The key players in the above market include Exxon Mobil Corporation, BP plc, Royal Dutch Shell PLC, Total SA, Gazprom, Chevron Corporation, and Petroliam Nasional Berhad (PETRONAS), among others.

As per the latest report published by expert market research, the global pour point depressants market is expected to grow at a CAGR of 4% in the forecast period of 2021-2026.
Read More

The global fuel oil market reached a volume of 4.8 MBPD in 2020, primarily driven by the rising demand of fuel oil worldwide. Aided by growing industrialisation, the industry is expected to witness a ...
Read More

The global oil and gas EPC market, driven by the rising automobile industry and increased per capita incomes in developed countries and a rising population. Aided by the technological advances and the...
Read More

The global aviation fuel market attained a volume of 215 million tons in 2020, driven by the rising air passengers. Aided by the growing adoption of clean fuels, the market is projected to reach 402 m...
Read More