Global Torula Yeast Market to Grow at a Healthy Pace During 2021-2026, Aided by the Growing Eco and Health Consciousness 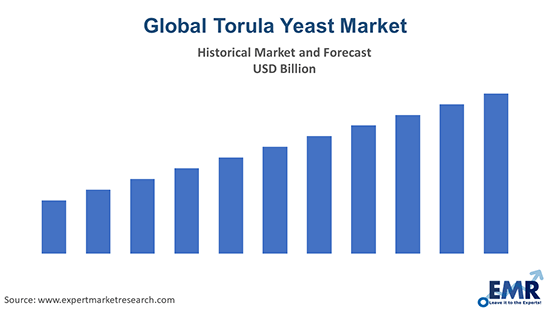 The food processing industry is growing steadily worldwide and is expected to continue to expand throughout the forecast period of 2023-2028. This is expected to strongly drive the torula yeast industry due to the product’s wide use as a food additive. Consumers are increasingly opting for convenience and ready-to-eat foods that frequently use flavour-enhancing additives, such as MSG and torula yeast.

North America and Latin America are some of the leading regions for torula yeast in terms of consumption, followed by Europe. The Asia Pacific region is also expected to be a major contributor to the growth of the industry due to its rapidly growing market for processed foods.

Yeasts are members of the fungus kingdom. They are single-celled microorganisms. Torula is a species of yeast with the scientific name Cyberlindnera jadinii, also known as candida utilis. Torula yeast is grown on wood alcohols specifically for the food industry and is also a by-product of paper manufacturing. They are used as food additives and enhance the meaty flavours in foods.

The major types of torula yeast are:

The market can be broadly categorised on the basis of its forms into:

The end uses of the torula yeast are:

The EMR report looks into the regional markets of torula yeast like North America, Europe, the Asia Pacific, Latin America, and the Middle East and Africa. 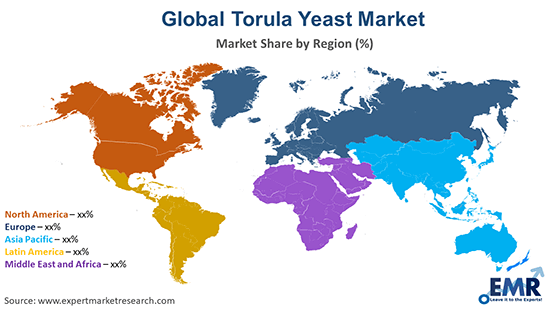 The recent surge in the pharmaceutical industry due to the COVID-19 pandemic is expected to persist during the forecast period. This is expected to drive demand for torula yeast due to its applications as a dietary supplement and a cheap, vegetarian source of protein. The growing health-consciousness is also expected to increase the substitution of torula yeast for chemical-based food additives such as MSG. This is due to its gluten-free and organic properties. It is also suitable for people allergic to MSG.

Torula yeast is also gaining popularity among vegans and vegetarians due to its use in making vegetarian imitation-meat products. It is also a cheap source of protein for low-protein vegetarian diets. These factors are expected to drive demand for torula yeast during the forecast period.

The report presents a detailed analysis of the following key players in the global torula yeast market, looking into their capacity, market shares, and latest developments like capacity expansions, plant turnarounds, and mergers and acquisitions:

What was the global torula yeast market size in 2020?

The global torula yeast market is being aided by the overall yeast market growth, which attained a value of about USD 3.7 billion in 2020.

The yeast market is projected to grow at a CAGR of 8% between 2021 and 2026, further propelling the torula yeast industry forward.

The global yeast market is estimated to attain USD 6 billion by 2026, continuing to support the market for torula yeast in the forecast period of 2023-2028.

The major drivers of the industry, such as rising disposable incomes, growing health-consciousness, rise of the food processing industry, increasing vegan population, and increasing demand for MSG substitutes, are expected to aid the market growth.

What are the key industry trends of the global torula yeast market?

The key industry trends are the rapidly increasing consumption of processed and convenience foods in emerging economies and the recent surge in the pharmaceuticals sector.

What are the major regional markets of torula yeast, according to the EMR report?

The major regions of the market are North America, Europe, the Asia Pacific, Latin America, and the Middle East and Africa.

What are the major types of torula yeast?

The significant types of the product are baker’s yeast, feed yeast, wine yeast, and bio-ethanol yeast, among others.

What are the significant forms of torula yeast in the market?

The significant forms of the product in the market include instant yeast, dry yeast, and fresh yeast, among others.

What are the end use sectors of the product in the industry?

The end use sectors of the product are food and beverage, feed, pharmaceuticals, and pulp and paper, among others.

The global torula yeast market is being driven by the growth in the food processing industry. The market is also being supported by the growth of the overall yeast industry, which attained a value of USD 3.7 billion in 2020 and is expected to grow further at CAGR of 8% between 2021 and 2026 to reach USD 6 billion.

EMR’s meticulous research methodology delves deep into the market, covering the macro and micro aspects of the industry. Based on its types, the market can be segmented into baker’s yeast, feed yeast, wine yeast, bio-ethanol yeast, and others. On the basis of form, the market is classified as instant yeast, dry yeast, and fresh yeast, among others. The end uses of the industry include food and beverage, feed, pharmaceuticals, pulp and paper, and others. The major regional markets for torula yeast are North America, Europe, the Asia Pacific, Latin America, and the Middle East and Africa. The key players in the above market include ABF Ingredients Limited, Lallemand Inc., and KOHJIN Life Sciences Co., Ltd., among others.