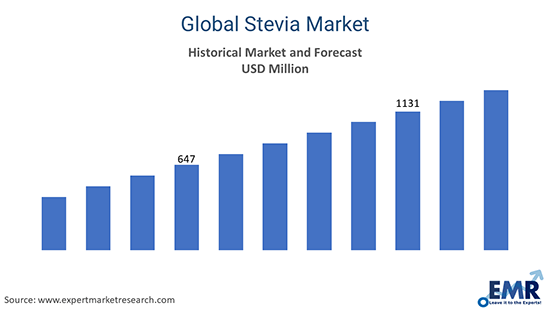 The Asia Pacific and Europe are the leading stevia markets. The two regions are witnessing increasing use of the natural sweetener with each passing year. While the Asia Pacific accounts for 40% of the global stevia consumption, Europe represents over a fifth of the global stevia market in terms of consumption. The Asia Pacific is the largest producer in the industry, with China being its largest producer. Japan, on the other hand, is a leading consumer of the natural sweetener in the region. Stevia accounts for nearly 40% of the sweetener industry in Japan. The European producers, meanwhile, import stevia leaves from other overseas markets and process them to extract pure stevia sweetener. The two leading regions in the industry, the Asia Pacific and Europe, also contributed to the most food and beverage products launches containing stevia.

Latin America and North America are the other significant stevia markets. These markets are driven by the growing rates of obesity and diabetes in the regions along with government schemes discouraging sugar consumption. The natural sweetener finds its maximum application in soft drinks in Latin America and North America. Sports nutrition and dairy are the other leading application sectors in the areas. The US and Paraguay are the leading markets in the regions. Paraguay accounts for nearly 80% of the stevia output in Latin America and is followed by Argentina and Brazil as the other major producers. In the US, the industry for the natural sweetener is projected to witness a healthy growth. The industry in the country is finding impetus for its growth in the robust production and export of non-alcoholic beverages.

Stevia, a natural sweetener, is derived from the leaves of Stevia rebaudiana. Steviol glycosides, the active compounds in stevia, are 30 to 150 times sweeter than sugar. According to extract type, it can be categorised as, powder, liquid, and leaf. The natural sweetener finds its common end uses in the following sectors: 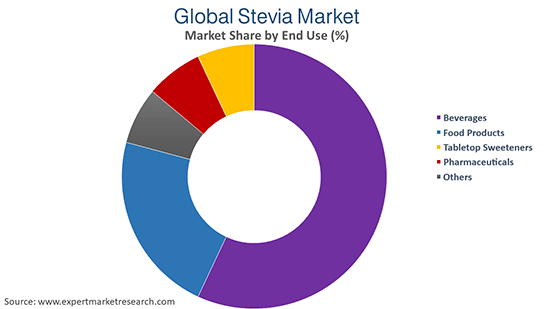 The report also covers the regional stevia markets like North America, the Asia Pacific, Europe, Latin America, and the Middle East and Africa. 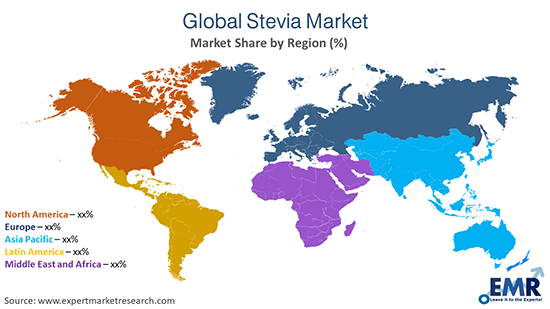 The global stevia market is being driven by the rising health concern and consumer awareness about drinks with high sugar content. The consumers are, thus, seeking low-calorie alternatives. The rising demand for dietary food is aiding the high-intensity natural sweetener industry leading to the higher utilisation of steviol glycosides. The trend towards health and wellness has also led to a growth in the demand for natural sweeteners over artificial sweetener, particularly, for the natural sweeteners derived from the stevia plant.

The global stevia market is also being driven by the increasing number of food and beverage companies seeking to reduce sugar in their products due to the rising consumer demand for healthier products along with government schemes like levies on sugar and sugary products. The growing innovations taking place in the applications sectors of the product, especially in the sports and energy drinks sector are further aiding the global stevia market growth. In the Asia Pacific, the market is being driven by the growing alternative sweetener industry. The alternative sweetener market in the region is being driven by the increasing health concern due to the rising number of people suffering from obesity and diabetes. In countries like US, Canada, and Mexico, on the other hand, the stevia market is being propelled forward by the higher consumption of Ready-to-Drink beverages, which are projected to be a leading application sector for the natural sweetener in the entire North America in the coming years.

The global stevia market is finding further impetus for its growth in its growing application in the non-food sectors too. The pharmaceutical sector, especially, is emerging as a fast-growing application sector for the natural sweetener. It is also finding growing uses in the health and beauty segments. It is used in toothpaste and health supplements as a sweetener.

The report provides a detailed insight into the following key players in the global stevia market, covering their market share, capacity, and latest developments like capacity expansions, mergers, acquisitions, and investments, and plant turnarounds:

The comprehensive report by EMR looks into the manufacturing process and the costs involved. It gives an assessment of the global stevia market based on the Porter’s Five Forces model. A SWOT analysis has also been provided.

What was the global stevia market size in 2021?

The major drivers of the industry such as rising disposable incomes, rising health concern and consumer awareness about drinks with high sugar content, rising demand for dietary food, the increasing number of food and beverage companies, government schemes, and growing innovations taking place in the applications are expected to aid the market growth.

What are the key industry trends of the global stevia market?

The key market trend guiding the growth of the stevia market include the trend towards health and wellness which is expected to increase the demand for natural sweeteners, particularly, derived from the stevia plant.

What are the major regions of stevia according to the market report?

The major regions in the industry are North America, Latin America, the Middle East and Africa, Europe, and the Asia Pacific, with the Asia Pacific and Europe as the leading stevia markets.

What are the major extract types of stevia in the industry?

Powder, liquid, and leaf are the major extract types of stevia in the industry.

What are the significant end use sectors of stevia?

Beverages, food products, tabletop sweeteners, and pharmaceuticals, among others are the significant end use sectors of stevia.

The major players in the industry are Layn Corp., Cargill, Incorporated, ADM, Ingredion Incorporated, and Tate & Lyle, among others.

The global stevia market attained a value of USD 682.67 million in 2021 driven by rising health concern and consumer awareness about drinks with high sugar content and growing demand for dietary food. Aided by favourable government policies, the market is expected to witness a further growth in the forecast period of 2023-2028, growing at a CAGR of 9.2%. The stevia market is projected to reach 14,317.09 MT by 2027.

EMR’s meticulous research methodology delves deep into the market, covering the macro and micro aspects of the industry. Based on its extract types, the global stevia industry can be segmented into powder, liquid, and leaf. On the basis of end-uses, the industry is divided into beverages, food products, tabletop sweeteners, pharmaceuticals, and others. The major regional markets for stevia are North America, Europe, the Asia Pacific, Latin America, and the Middle East and Africa. The key players in the above market include Layn Corp., Cargill, Incorporated, ADM, Ingredion Incorporated, Tate & Lyle, and others.