Global Chufa Market to Grow at a CAGR of 6% During 2021-2026, Aided by the Health Benefits of the Product 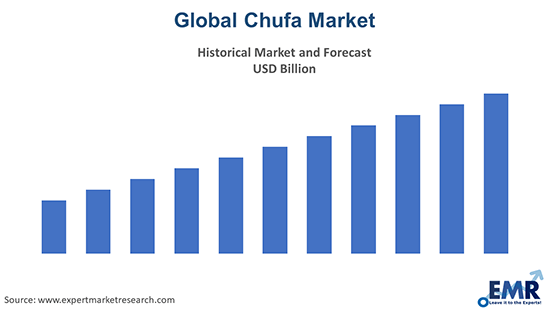 The global chufa market is significantly being driven by the growth in Europe and the Middle East and Africa. The growth of the market in the regions is being spurred as the product is readily available for use. The product is widely used for the production of horchata, a kind of vegetable milk. Both the regions are witnessing a robust growth in both production and consumption due to their tropical weather as well as the rising awareness about the health benefits among consumers. Chufa based products are widely used among the population, especially in countries like Spain and Ghana, which is further propelling the market forward. 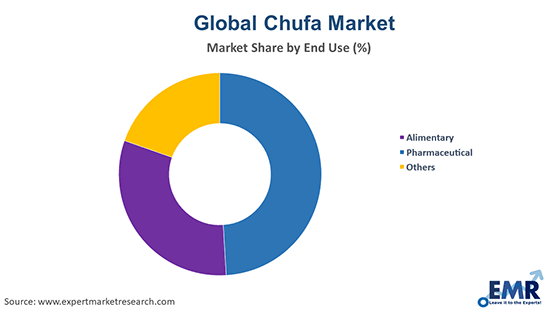 Chufa is a perennial plant of the rush family and is grown on moist and wet soils in warm climates. The small, round tubers with roots have a slight almond taste and are raw or cooked or transformed into a traditional chufa drink known as horchata. The plant tubers contain high protein, carbohydrate, and oleic acid levels and a non-drying oil. The oil is obtained in the same way as conventional olive oil extractions by pressing the cleaned tubers. The taste of the oil is gentle and is thought to be comparable to olive oil as a food oil, but of superior quality.

Based on size, the industry can be divided into the following:

The types of chufa can be divided into organic and conventional.

The products of chufa included in the market are:

Chufa finds its end-use in the following industries:

The regional markets for chufa can be divided into North America, Europe, the Asia Pacific, Latin America, and the Middle East and Africa. 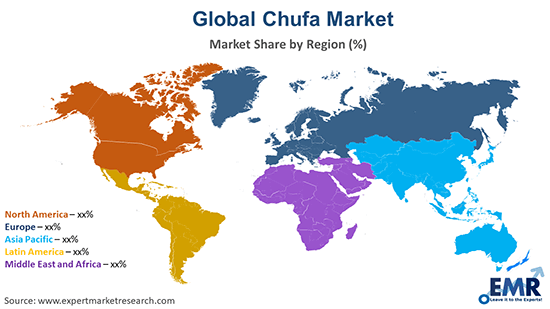 The market is being driven by the rising awareness about the health benefits of chufa among the consumers. The product is extremely nutritious as the tubers provide a high amount of carbohydrate, protein, as well as oleic acid. It is also known to provide a non-drying oil, which is widely used in lubricants and in cosmetics products. In China, the product is widely used as a liver tonic to cure mouth ulcers. Chufa finds wide applications in the pharmaceuticals sectors as it is also used in various cancer-curing medicines, especially in Africa. Such factors are expected to support the growth of the market in the coming years. The market is also being supported by the rising R&D activities in the industry globally.

The report gives a detailed analysis of the following key players in the global chufa market, covering their competitive landscape, capacity, and latest developments like mergers, acquisitions, and investments, expansions of capacity, and plant turnarounds:

What is the growth rate of the global chufa market?

The major drivers of the industry, such as rising disposable incomes, increasing population, healthy growth in both production and consumption, increasing health awareness, and rising demand from the cosmetics and pharmaceutical industries, are expected to aid the market growth.

What are the key industry trends of the global seatbelt retractor market?

The key market trend guiding the growth of the market includes the growing R&D activities.

What are the major regional markets of chufa, according to the EMR report?

What are the leading sizes of chufa in the market?

The leading sizes of chufa in the market are micro and small, among others.

What are the major types of chufa in the industry?

The major types of chufa in the industry are organic and conventional.

What are the significant products of chufa?

What are the leading end-use sectors in the market?

The leading end-use sectors in the market are alimentary and pharmaceutical, among others.

The major players in the industry are The Chufa Co., The Tiger Nut Company, Chufa De Valencia, and KCB International, among others.

The global chufa market is being driven by the rising health consciousness. Aided by the growing R&D activities, the market is expected to witness a healthy growth in the forecast period of 2022-2027, growing at a CAGR of 6%.