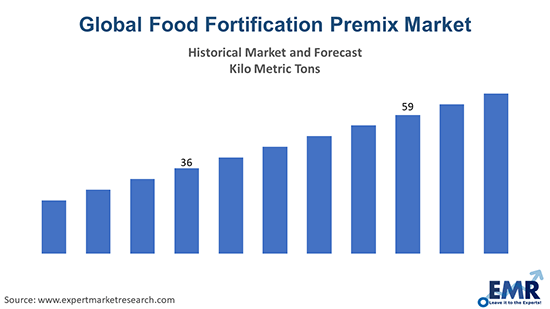 North America was the leading region for food fortification premix in 2018 due to the rising consumption of functional foods. The increasing demand for functional foods in North America is due to the reduced intake of essential nutrients owing to the higher consumption of processed foods and busier lifestyles. The Americas, as a whole, account for 39% of the market for food fortification premix followed by Europe, Asia Pacific, and Middle East and Africa.

Food fortification premixes are used to fortify food products by adding micronutrients like vitamins and minerals in them. These premixes are categorised as: 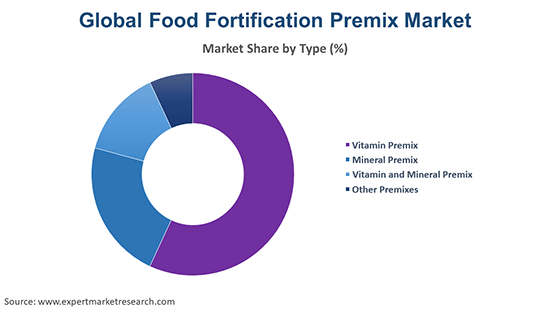 Vitamin A, vitamin B, vitamin D, iron, iodine, folic acid, zinc, and calcium are the vitamins and minerals usually added to fortify food. By form, the food fortification premixes are divided into liquid and powder premixes. 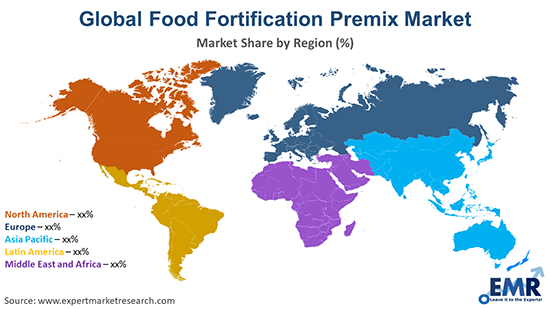 With a large percentage of the world’s population suffering from ‘hidden hunger’ or micronutrient malnutrition, there has been a rising demand for the food fortification as a cost-effective method of addressing micronutrient deficiencies supported by governments globally. These steps taken by countries to address nutritional deficiencies have been aided by the support by global organisations like UNICEF, the World Health Organisation (WHO), the World Food Programme (WFP), the Global Alliance for Improved Nutrition (GAIN), and Nutrition International, among others. This drive towards increased food fortification of food products like milk, rice, and other food staples, especially in emerging economies, has propelled the growth of the global food fortification premix market.

The rising awareness among the consumers regarding health and nutrition has led to a growing demand for food products with added vitamins and other minerals, providing further impetus to the food fortification premix market. The market is also being driven by a mounting demand in the pharmaceutical and sports nutrition sectors as the increasing health awareness among consumers has led to people seeking effective weight management solutions while leading a healthy lifestyle. Baked goods is also a growing application sector for these premixes with manufacturers of baked good addressing the consumer demand by adding on nutrition to their products.

A growing population and a rising middle class along with the increasing disposable incomes in regions like Southeast Asia, Africa, and Latin America has propelled the growth of the global market. Asia Pacific is a leading food fortification premix market globally and is expected to keep up its healthy growth in the coming years aided by a growing focus on leading a healthy lifestyle, a thriving food and beverages industry, and an increase in the demand for fortified food. China’s National Nutritional Program, which encourages the fortification of food staples with folic acid, iron, and iodine has greatly aided the premix market for food fortification in the region.

The report provides a detailed analysis of the following key players globally, looking into their capacity, market share, and latest developments like capacity expansions, mergers and acquisitions, and plant turnarounds:

EMR’s comprehensive report gives a detailed analysis of the industry, including a SWOT analysis as well as an analysis of Porter’s five forces.

What was the global food fortification premix market size in 2020?

The market reached a consumption volume of nearly 41 kilo metric tons in 2020.

The global food fortification premix market is estimated to reach a volume of 65 kilo metric tons by 2026.

The major drivers of the industry, such as rising disposable incomes, increasing population, and mandatory fortification of food staples required across various countries, aiding the market growth.

The rising support by the governments and international organisations, along with growing application sectors like sports nutrition, is expected to be a key trend guiding the growth of the industry.

What are the major regions of food fortification premix according to the market report?

What are the major types of food fortification premix in the industry?

What are the significant forms of food fortification premix in the industry?

The significant forms of food fortification premix in the industry are powder and liquid.

What are the leading application sectors for the industry?

EMR’s meticulous research methodology delves deep into the industry, covering the macro and micro aspects of the industry. Based on types, the market can be segmented into vitamin premix, mineral premix, and vitamin and mineral premix, among others. By form, the industry can be divided into liquid and powder. On the basis of application, the industry can be divided into sports nutrition and dietary supplements, infant and early nutrition, processed foods, beverages, food staples, and home fortification. The major regional markets for food fortification premix are North America, Europe, the Asia Pacific, Latin America, and the Middle East and Africa, with North America accounting for the leading share of the market. The key players in the above industry include DSM Nutritional Products AG, Glanbia, Plc, SternVitamin GmbH & Co. KG, Vitablend Nederland B.V., Wright Enrichment Inc., Prinova Group LLC, Piramal Group, Jubilant Ingrevia Limited,Farbest-Tallman Foods Corporation, Others.