GCC Dairy Market to be Aided by the 7.6% Annual Growth of Region’s Fresh Milk Consumption between 2021-2026 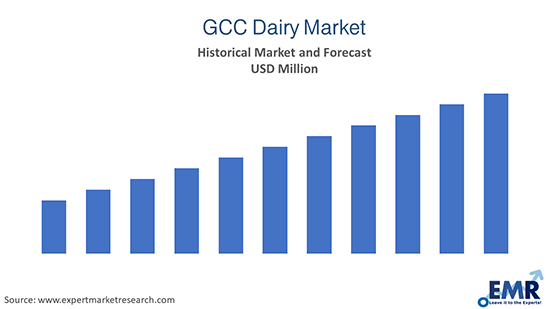 The global trade was valued at almost USD 39.12 billion in the Q1 of 2019, which was a growth of 15.4% as compared to Q1 2018. The global dairy trade was supported by both the soaring demand from countries like China, United Arab Emirates, Japan, Mexico and Australia, and the increasing milk imports from major markets in Africa and the Middle East.

The consumption of dairy products has seen an upward trend globally in the past few years. In the forecast period of 2023-2028, fresh dairy products are projected to grow faster than processed products. Fresh dairy products are projected to grow by 2.1% annually while processed dairy products will witness an annual growth of 1.7% in the coming years. The GCC market is supported by the increase in the consumption of butter and cheese in the Middle East region. Butter and cheese are each expected to account for nearly 12% of the total GCC dairy market. The market is further being driven by the growing consumer demand for dairy products especially for fresh milk. In 2017, almost 750 million litres of fresh milk was consumed in the GCC, and is further expected witness an increase of 7.6% annually for the forecast period.

The dairy markets in countries like those that constitute the GCC, which have limited natural resources, slow expansion of production capabilities, and expanding population, will be increasingly dependent on imports. Import demand for dairy products has been growing over the years in the regions. In 2017, imports of dairy products in the United Arab Emirates grew by 13.2% in 2017, as compared to 2016. Even with the contraction of dairy imports in Saudi Arabia, cheese imports saw a rise. The cheese imports in Saudi Arabia saw an increase of 3.8% in 2017, as compared to 2016, to reach a volume of 164 thousand tonnes in milk equivalent. Saudi Arabia is also a major importer of butter in the region.

Dairy products are an important component of the daily balanced diet, and include milk and products derived from milk. They contain essential nutrients like calcium, protein, magnesium, iodine, phosphorus, and various vitamins, among others. These products have numerous health benefits due to these nutrients and help in preventing diseases like type-2 diabetes, hypertension, musculoskeletal diseases, and heart diseases, among others. 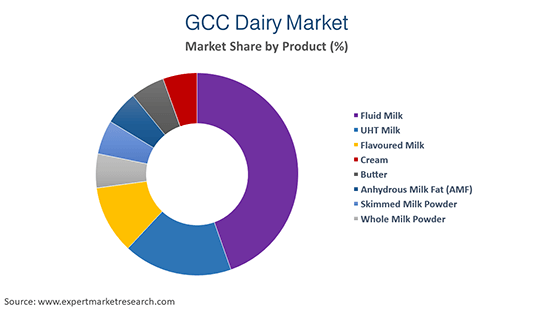 The common dairy products found in the GCC regions are:

The major GCC countries covered within the region by the report are Saudi Arabia, Kuwait, and United Arab Emirates. 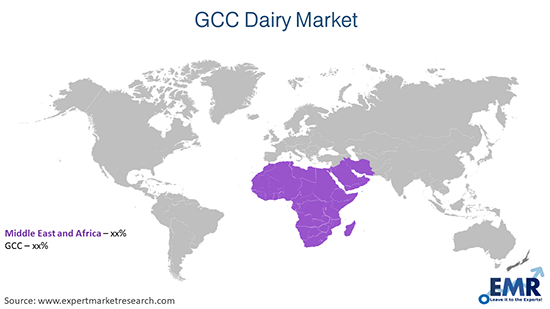 The market is being driven by rising health consciousness, especially among the women, leading to increased consumption of fermented dairy products like yoghurt and probiotic products. The influence of western culture on account of increasing expatriate population has also resulted in a change in food consumption habits, contributing to the growth of processed dairy products in the region.

Saudi Arabia and United Arab Emirates are the leading countries in the GCC dairy market. Saudi Arabia accounts for over 75% of the dairy production and consumption in the GCC region. The country is also a significant importer of dairy products from the US in the region due to domestic firms mainly focusing on producing chilled fresh dairy products like yoghurt and milk.

The report provides a detailed analysis of the following key players in the global as well as GCC dairy market, looking into their capacity, market share, and latest developments like plant turnarounds, capacity expansions, and mergers and acquisitions:

EMR’s comprehensive report provides an in-depth insight of the market and provides a SWOT analysis as well as an analysis of Porter’s five forces.

The major drivers of the industry include rising disposable incomes, increasing population, and rising health consciousness.

What are the key industry trends of the GCC dairy market?

Rising investments by the government into technologies for more efficient handling of fresh milk, from the production to the cooling and storage stage is likely to be a key trend guiding the growth of the industry.

What are the major regional markets of dairy in the GCC, according to the market report?

Saudi Arabia, the United Arab Emirates, Kuwait, Oman, Qatar, and Bahrain are the leading regions in the market, with Saudi Arabia accounting for a significant market share in terms of production.

What are the leading products in the industry?

The GCC dairy market is being supported by the increasing demand for fresh milk and processed dairy products and reached a value of almost USD 9.46 billion in 2021. With a growing import demand, the GCC market is also contributing to the growth of the global dairy trade. The GCC dairy market is expected to grow at a CAGR of 5.3% during the forecast period of 2023-2028 to reach a value of nearly USD 12.90 billion by 2027.