Global Hydrogen Generation Market to Grow at a CAGR of 9% During 2021-2026, Aided by the Increasing Demand for Clean Fuels to Support Decarbonisation 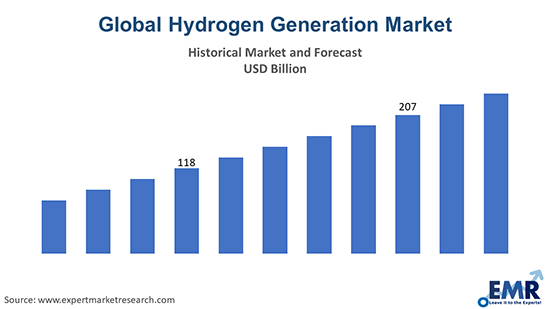 Region-wise, the Asia Pacific is expected to witness a robust growth over the forecast period. The increasing demand for energy and the rising environmental concerns in emerging countries like India and China are expected to stimulate the market growth. In addition, the increasing efforts by governments to encourage the adoption of renewable fuels over fossil fuels are also aiding the market. For instance, China is making a USD 290 million investment in a hydrogen city to promote research and development of fuel cells and boost the construction of hydrogen stations, further achieving mass production of fuel cell vehicles by 2020. Furthermore, Japan has ambitious plans to have 100 fuel cell buses, including privately-operated vehicles, and 6000 fuel cell cars operating on city streets by 2020. Such developments are expected to drive the market forward in the region.

Hydrogen is the most abundant element in terms of industrial gases and is found in gaseous state in the atmosphere. It is obtained when steam is heated with natural gas. It can also be produced by carrying out the electrolysis of water as well as by other methods like biomass gasification. Hydrogen is a renewable energy source and can be efficiently used to generate electricity. 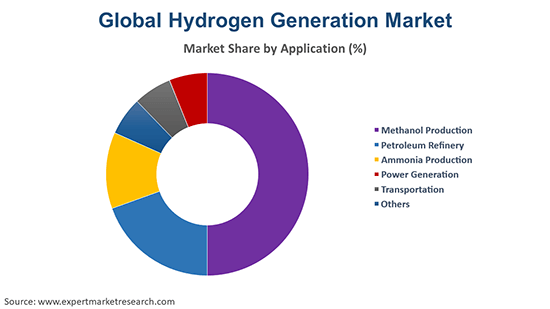 The market is divided based on source into:

Based on system type, the industry can be segmented into: 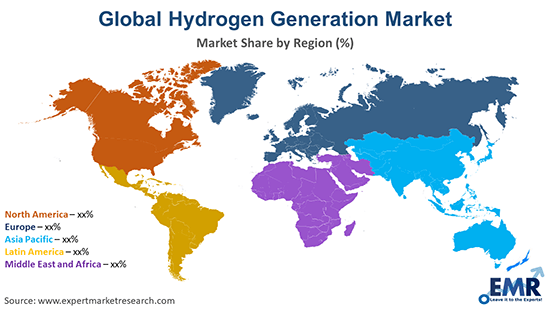 Decarbonisation means a decrease in the carbon footprint of primary energy over time. The decarbonisation of the earth's energy system is one of the biggest challenges we face today, and, thus, the demand for green energy technologies and cleaner sources of energy, such as hydrogen, has increased. This is aiding the growth of the hydrogen generation industry. Further, the favourable government initiatives to reduce the carbon footprint are significantly contributing to the market growth. Being a clean energy fuel, hydrogen is expected to reduce oil dependence over a period of time, thereby reducing greenhouse gas emissions and other pollutants. Hydrogen can be produced in large quantities from almost all energy resources such as biomass, wind power, solar power, nuclear power, and clean fossil fuels. The hydrogen produced can hence be used for energy generation and will balance the supply and demand of the future energy system.

Over the forecast period, the increasing funding for hydrogen-related research and development activities as well as the growing attention of leading automotive manufacturers towards the benefits of hydrogen as a fuel are expected to aid the market.

The report gives a detailed analysis of the following key players in the global hydrogen generation market, covering their competitive landscape, capacity, and latest developments like mergers, acquisitions, and investments, expansions of capacity, and plant turnarounds:

The global prepreg market attained a value of USD 10.2 billion in 2020, driven by the rising demand from various applications. Aided by the high demand from the wind energy industry, the market is exp...
Read More

The global copper foil market attained a value of nearly USD 11.8 billion in 2020, driven by the robust growth of the automotive industry. Aided by the rising use of printed circuit boards, the market...
Read More

The global sandblasting media market is driven by the robust growth of the construction industry. Aided by the growing demand for high precision industrial products, the market is expected to witness ...
Read More